Trenčín Region is situated on west part of Slovakia. It borders with Czech Republic, in south with Trnava and Nitra Regions, on south-east with Banská Bystrica Region, and finally, in east with Žilina Region.

and Upper Nitra Valley.  This territory area is quite rough. Mountain ranges have mostly mountaneous character with rising ridges and crests. On places, containing less resistant rocks, there were established valleys and basins. The lowest situated areas are included in warm climate, anyway, with higher altitude the area comes into moderate warm up to cold climate belt. The western part of the region is drained with Váh-river, where Biela Voda, Vlára and Drietomica mouth. On the other hand, the eastern part is drained with Nitra-river, where flows Bebrava, Nitra and Handlovka rivers.

Thermal as well as mineral springs enabled opening of spas and bathing places, which became popular resorts of tourists. In this area, with rich history, there areto be found many ruins of castles, most popular from them is the castle of Bojnice. 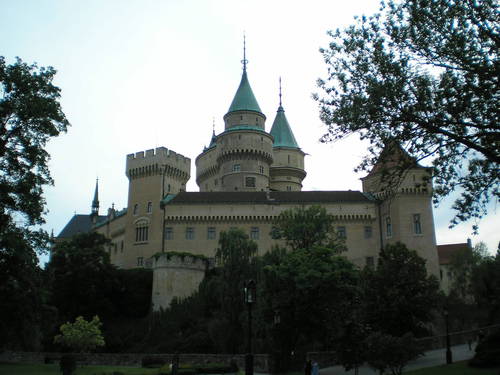