spring (source):
The river arises by a confluence of rivers Radbuza and Mže near to Pilsen.
flow length:
139 km

The flow is twisting in gradual bends, and as a logical result of its magic undulation, the banks are full of fishermen waiting there for their chance. And just on this way, the two communities of Třebaň - Hlásná Třebaň and Zadní Třebaň could be characterized. It is a paradise for fishermen, as mentioned above. The escutcheon of Zadní Třebaň is pictured and decorated with two big fis figures, whereas the escutcheon of Hlásná Třebaň is characterized with musical instrument of night-watchmen from Karlštejn Castle, added with flow line of Berounka-river. And the river is our target, in case you are not interested in fishing. 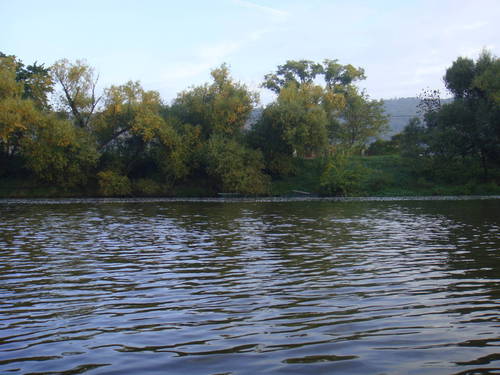 When nice weather dominates, you can fully enjoy walking along Ostrov camping, towards a weir, offering bathing for your tired body. Frankly speaking, this could be rather cold bath, but what exactly would you expect from flowing river? And if you do not have the inclination for swimming, you can lie down into grass and listen to water hum. It does not mater even if it is cloudy weather and the summer is over, this moment could be just created for romantic souls. You have the chance to follow a call of heron or desperate crying of lost duck, but, in general, a calm is prevailing there. This atmosphere could be disturbed by noise of trains, passing railway line Prague-Beroun. But this type of noise belongs to such places for years.

Both river banks are very nice and attractive. On the other hand, the communities are not resembling each other at all. Hlásná Třebaň could be proud on the fame, secured by Ivan Mládek song, that: „Hlásná Třebaň is beautiful, so he visits this place, in order to see his girl“. It is true: the old houses are renewed and the gates welcome the visitors with a word: „I am here, and it is worth to enter and have a look at me!“ However, Zadní Třebaň is rather poor relative in this respect. So, Ivan Mládek did not composed a song about such locality. 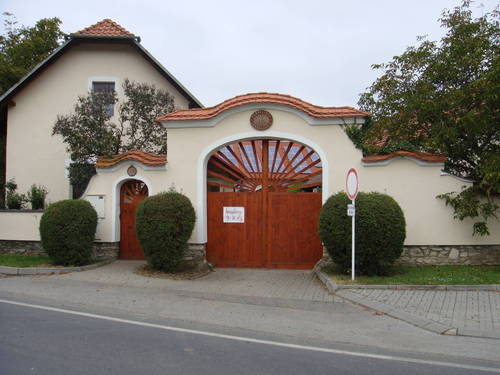 Both communities have similar history. The first notice comes of 1000 A.D. The signs regarding colonization are much more older, they are from Bronze Era. Both villages are connected with narrow foot-bridge, situated just close to railway station building. The cyclists and motor-cyclists are not permitted to enter. This fact caused a great indignation in past, especially among bicycle lovers. Nevertheless, despite frequent protests, the sign: “No Entry for Cyclists“ remained. Some people try to solve such problem that they take the bicycle on their back, being photographed at the same time, while passing the bridge on foot to the opposite bank. It is small problem that the other bridge crossing the river is quite distant. 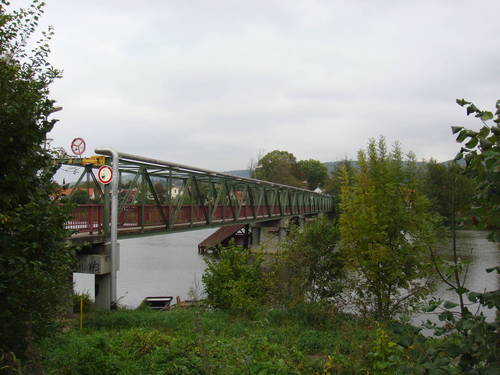 Hospitality first of all

Nevertheless, one difference we noticed in our own experience immediately after three days. So, our advice is the following: if you wish to walk along this region in bigger group (we formed 15-member group), would you choose the place for relax in Hlásná Třebaň. We personally were convinced that the watermen are not welcome in Zadní Třebaň when high saison is over (we were there in October). Local people do not like too much the tourists. We were not welcome in any restaurant, pub or camping along the river. When we crossed the foot-bridge (mentioned above) , everything was O.K., and we were aceepted and welcome with a smile. So, the big difference among Hlásná and Zadní Třebaň is in a fact that for people in Zadní Třebani meant great group a lot of work, whereas in Hlásná T. the tourists could be taken for objects of business and profit. So would you decided yourselves, where to go to have a dinner!