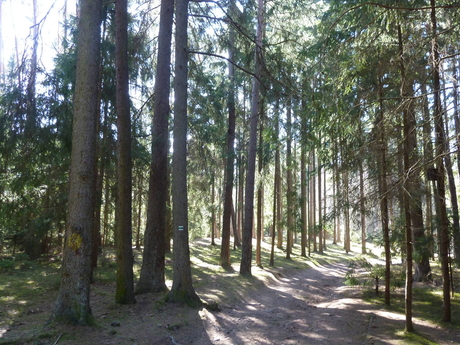 As various sources and a tourist map suggest, the nature trail is a ring trail. It begins in Tabor below the Svehluv bridge. It was too short in our opinion. So we prolonged our hike by following the red and green trails which together with the blue trail cross the said nature trail. Regardless you set off right from the town center, or you join the trail somewhere else our first stop was the Klokoty monastery. We parked our car at the Jordan pond, we walked through the park below the castle and went around Housuv Mill. Then we climbed up to a sanctuary (U Klokotskeho klastera street). Also, you can follow the green trail on Lipova alej street by going from the castle with Kotnov tower. 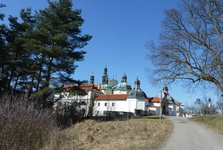 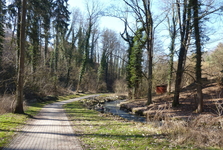 The baroque compound was built (17th – 18th centuries) on the health spring which was known already in the Middle-Ages. The tour in the church, chapel, the way of the cross, and neighboring cemetery will take you about an hour. We go on following the green trail. Below us is geological exhibition . Well-troaden trails lead towards it from a pretty steep hill. Even we leave the marked trail and downhill to Harrachovka restaurant, a popular place for all tourists. We are about at the middle of our hike so we are eligible for some treat. We even don’t want to leave a summer house with the Luznice River bubbling near us… 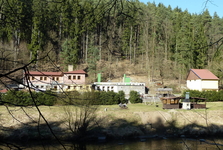 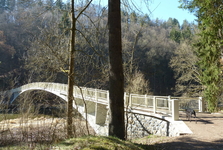 From there an asphalt road goes to the bridge near Harrachovka. There it again joins the green trail. Recently renovated concrete bridge will get you across the river. On its left bank, you can follow the red trail by following the current until you reach the ruin of castle Příběnice (7 km). This will make your hike significantly longer. We turn left, we pass the crossroad of Vlci Mine. There, at Benes Mill water runs in cascades and changes to a river creek. We reach hermit’s dwelling. Legend says, he lived and died on hillside. Nobody knew about him and he got last rites during some weird consequences. 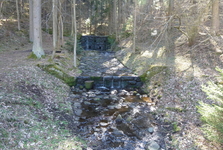 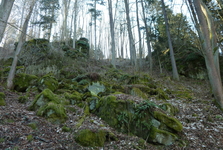 Educational boards are placed along the trail. You will learn something about the Pintovka Park history, water circulation, nature cycles, and cohabitation of nature and man. The asphalt road will take you under the bridge of A. Svehla. There all marked trails end and go further the Garnet rock. Beautiful vista of the town center opens there, and its strategic location is also immediately apparent. Then you realize the reason why the Hussites build the city on Tabor mountain. The place was settled long before they came here, there was an oppidum in 2nd century BC. In 1267, the Vitkovci noble family founded there the town and castle of Hradiste. 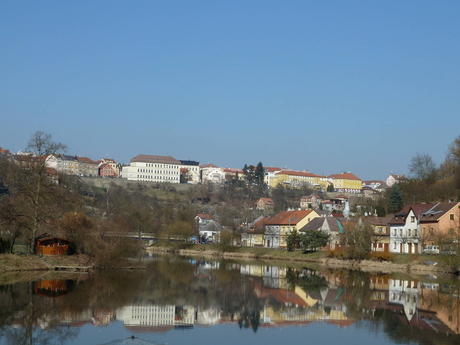 On polished torso of garnet rock you can explore the rock that has many glittering spots – Tabor garnets actually. These have nothing in common with the so-called Czech garnet. Geologywise this place is very valuable and is declared the natural sight of Garnet Rock . 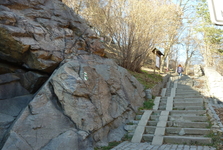 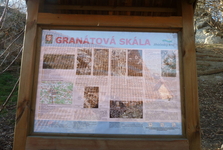 In the last section, you have to climb up the stairs which ends between the town walls leading to the town center. The trail is about 10 kilometers long.