spring (source):
This river sources on Austrian part of Novohradské Mountains in an altitude of 900 m of sea level, under name Maltsch.
flow length:
89 km

All of these statues are located near the historic center and can easily be visited by visiting along other important historical sites in the center. We start at Senovazne Square, which includes, among others, the South Bohemian Museum. It is easy to get here from Premysl Otakar II Square Charles IV Street. 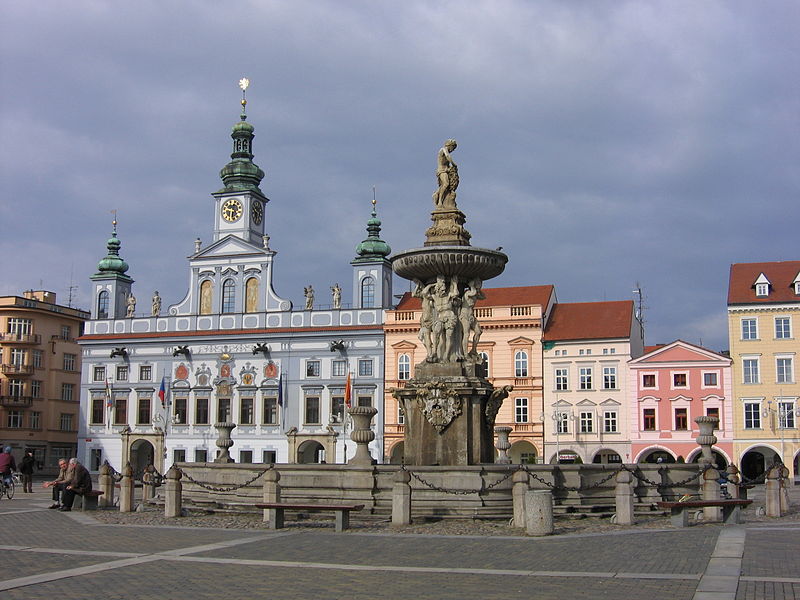 The first distinctive sculptural decoration of the square is a monument to RAF fighter pilots. Vladimir Vopalik, whose uncle Josef served in the RAF and participated in the battle of Britain, supported the construction of the monument for 10 years. Eventually, the memorial was installed in 2015. The construction was accompanied by problems with the design selection, the Spitfire fighter model, which we can admire here, did not win in the public tender. 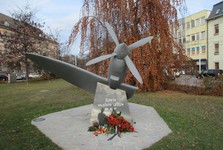 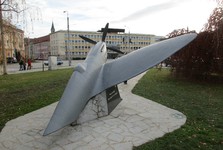 If we cross the street and walk in front of the former post office, we get to another

interesting sculpture, namely the Meteorological Pillar. The author of the column, which ends with a sculpture of three children, is the sculptor Jan Vitezslav Dusek. The column shows the height at which the water flowed during the September floods in 1888. On its back there is also a window with a thermometer and a weekly weather forecast.

Not far from Senovazne Square, namely on Lidická Avenue, we also find two laminate works of Frantisek Mrazek, a native to Ceske Budejovice. To get to the first one, we will have to cross the bridge across the river and continue towards the county court. Opposite it is the building of the hotel house Experiment with swimming pool and laminate Swan sculpture. The Experiment Hotel's own house is also worth seeing. It originated at the beginning of the 1960s and was strongly influenced by the style of Brussels, which began to develop on the basis of success at EXPO 1958. 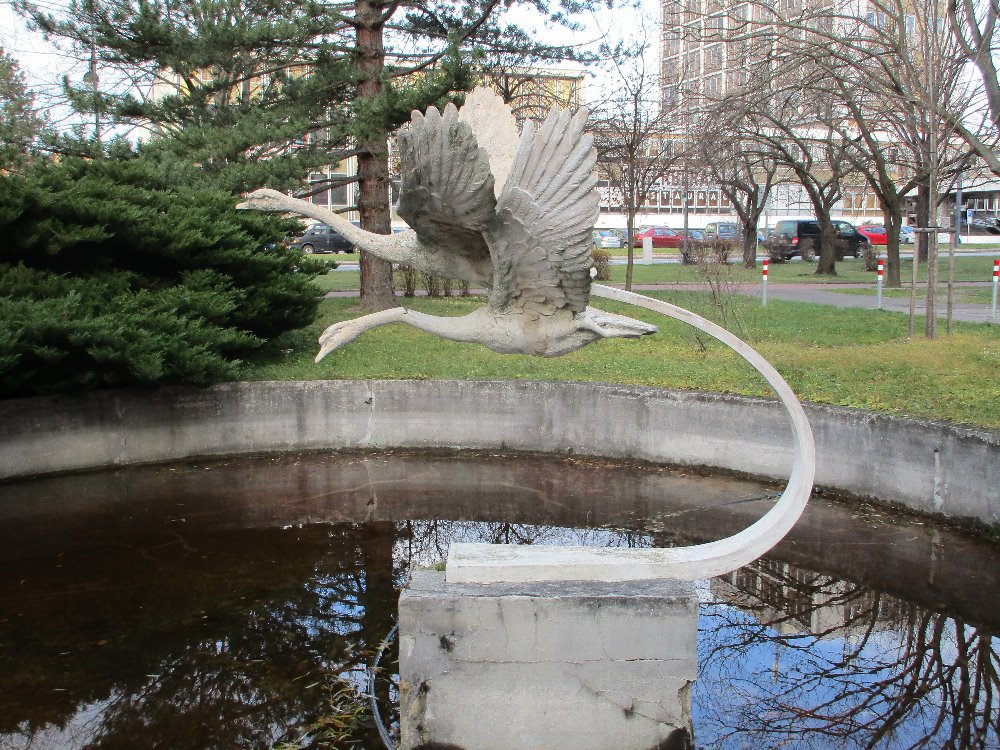 The second laminate work by Mrazek is located a bit further on Lidicka Street. It bears the name Malhe II. The statue lies in the middle of a rectangular pool in a grassy area in front of the block of flats. 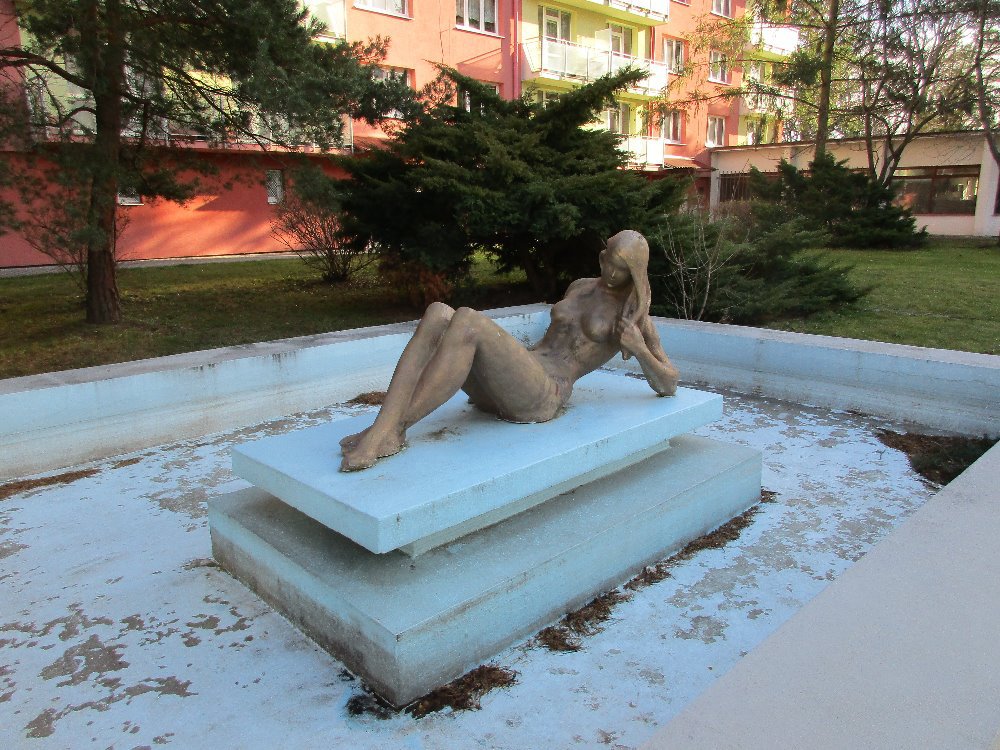 Art and Relax on Sokolsky Island

Interesting sculptures can also be found in Sokolsky Island. It is located in the immediate vicinity of the historic city center of Prague. Directly in front of the building is a statue of Stanislav Zadrazil, called the Swimmer at Rest. It is made of artificial stone. Interesting is the swimming pool itself. It is roofed by its unique rope-mounted roof. In Europe this is the first use of such a construction, first used a few years earlier for the multi-purpose sports hall in North Carolina. 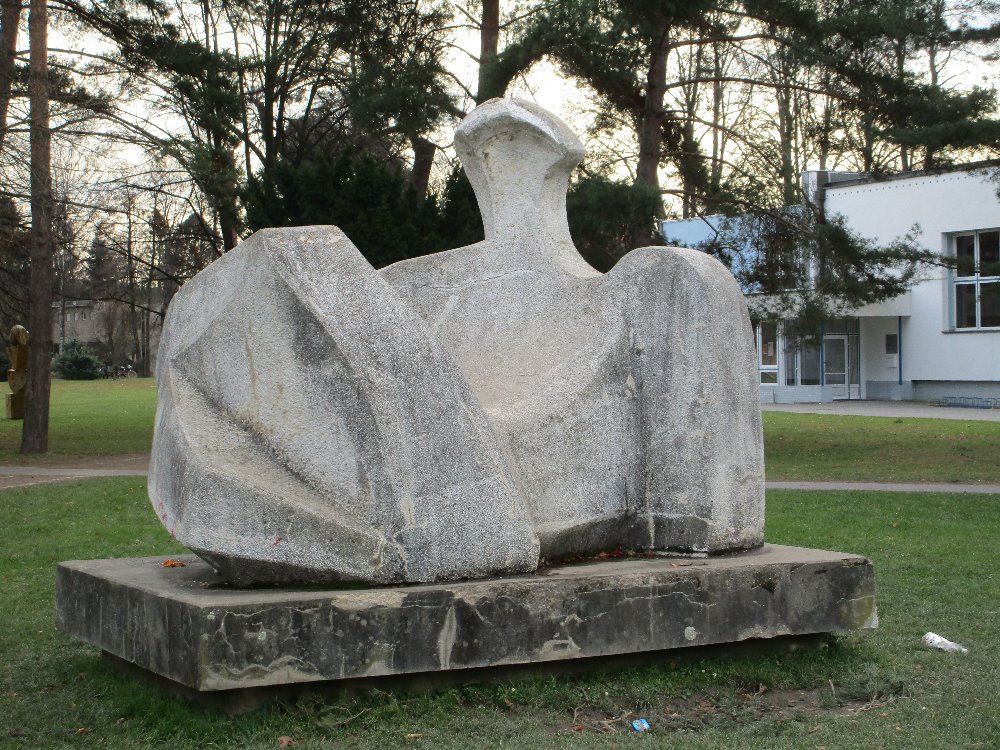 If we leave Sokolsky Island for the sports hall, we tread on another of Mrazek's works - a bronze statue of a basketball player amidst flowers. 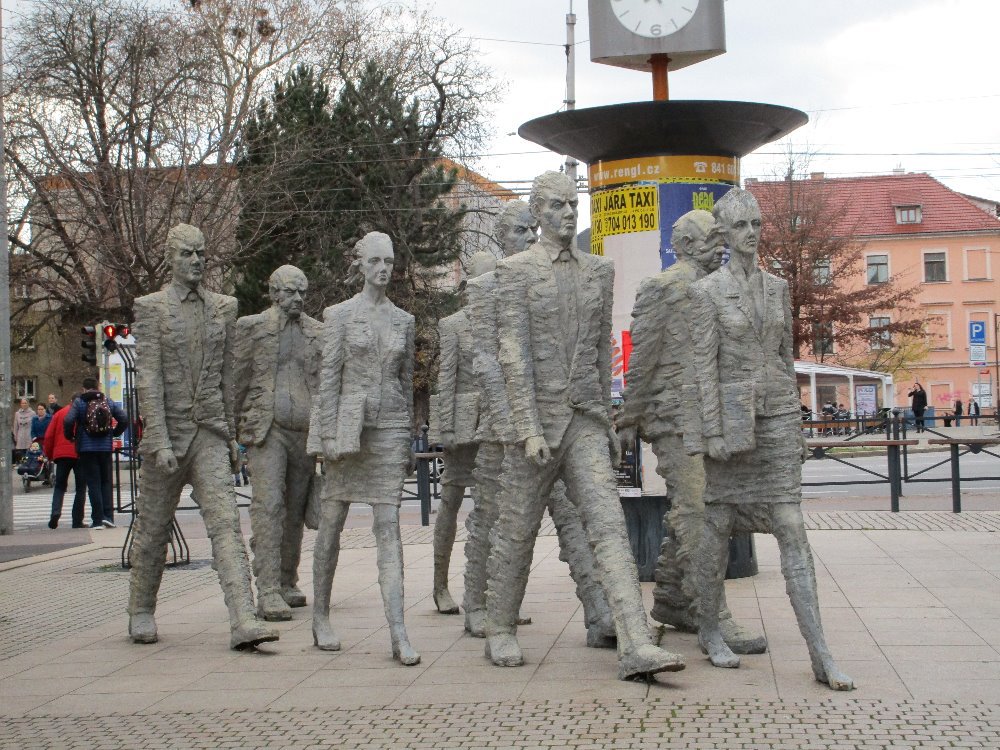 If you go back to the train station after Lannova avenue, you can not miss the statue named the Humanoids by Michal Trpak. According to the author, the statues are a picture of today's society - hurrying people who do not have time to look around. Michal Trpak, a native to Ceske Budejovice, is also the founder of the sculpture festival Art in a City, which takes place here every year.