spring (source):
This river is created with confluence of Divoká (Wild) and Tichá (Calm) Orlice near to Albrechtice.
flow length:
35 km

How Actually Was it With František Věk?

Today we will stay in Dobruška. Although the world-famous painter František Kupka spent his entire childhood here and there would be plenty of important natives, Alois Jirásek made Dobruška most famous for his novel pentalogy “F. L. Věk '. The character then became popular in the 1970s after the filming of the hitherto popular and widely repeated series, where the young and sympathetic Age was portrayed by Radek Brzobohatý.

The point of all this is that František Age, a merchant from Dobruš, a musician and, above all, a patriot and a revivalist, had his real model in the person of František Vladislav Hek, who was born here in 1769. of life. However, whoever reads Jirásek's novel to the end will experience other dramas with the hero: the great fire of the city, which burned down his house and prosperous business, the fall of the currency at the Austrian state bankruptcy in 1811, the death of a beloved woman and the adversity planned by the Dobruš nobility. He died in 1847 with his daughter in Kyšperk (today's Letohrad), where he has a small monument near the church and perhaps he is actually buried here. 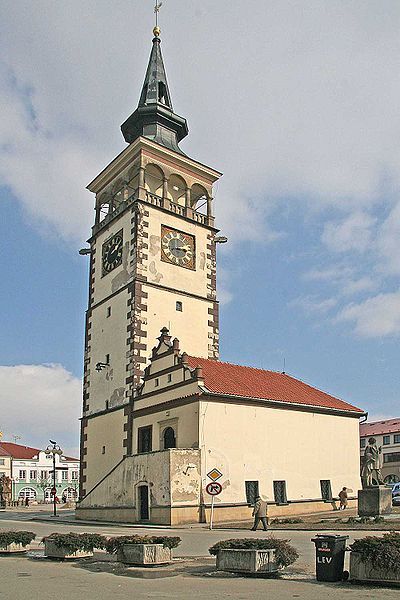 But back to Dobruška! The birth house of František Vladislav Hek is only a few steps away from the square and is charming at first sight. It has a decorative wooden gable, a shingled roof and a porch, typical elements of the Podorlice folk buildings from the 18th century. Unfortunately, we will no longer find many such houses in the area. They took over during the big city fires in 1806 and 1866 and then during the modernization of the city in the second half of the 20th century. In the Hek family house, the Museum of Homeland Studies manages a nice and interesting exhibition: in the living room you can see how people lived at the beginning of the 19th century, another room is a merchant's shop from Hek's time, where you get intricate puzzles. The third room is a black kitchen. Some of the authentic items and equipment after the Heks were also played in the series, but they were filmed elsewhere. (The serial birth house and merchant's shop are located in Nízká Srbská.)
The color of the small plot at the birth house is nicely completed by the oldest statue of Dobruška - St. John of Nepomuk. 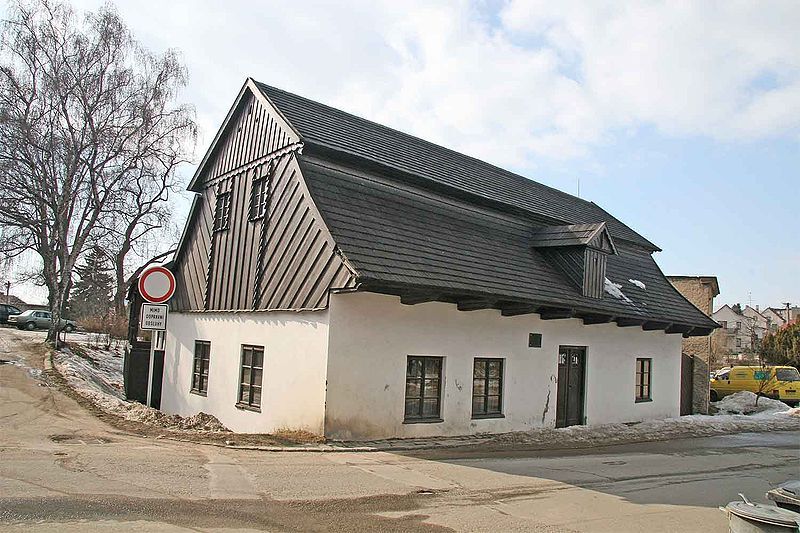 The historic core of Dobruška is a city monument zone, with the most striking building being the beautiful Renaissance town hall building, located unmistakably right in the middle of F. L. Věka Square. From its tower there is a view of the foothills of the Eagle Mountains, on the ground floor you can admire an exhibition of early works by the famous painter František Kupka and on the mezzanine there is an exhibition of throat law, which belonged to medieval Dobruš privileges.

On the square you will also find a statue of F. L. Věk, the work of local artist Josef Adamek, installed in 1962.

The adjacent Šubert Square is named after a native of F. A. Šubert, a writer and journalist who was the director of the National Theater after 1883. On the square there is a newly renovated synagogue and a rabbinical house, which now houses a museum presenting the history of Jews in Dobruška and which also includes a mikveh. 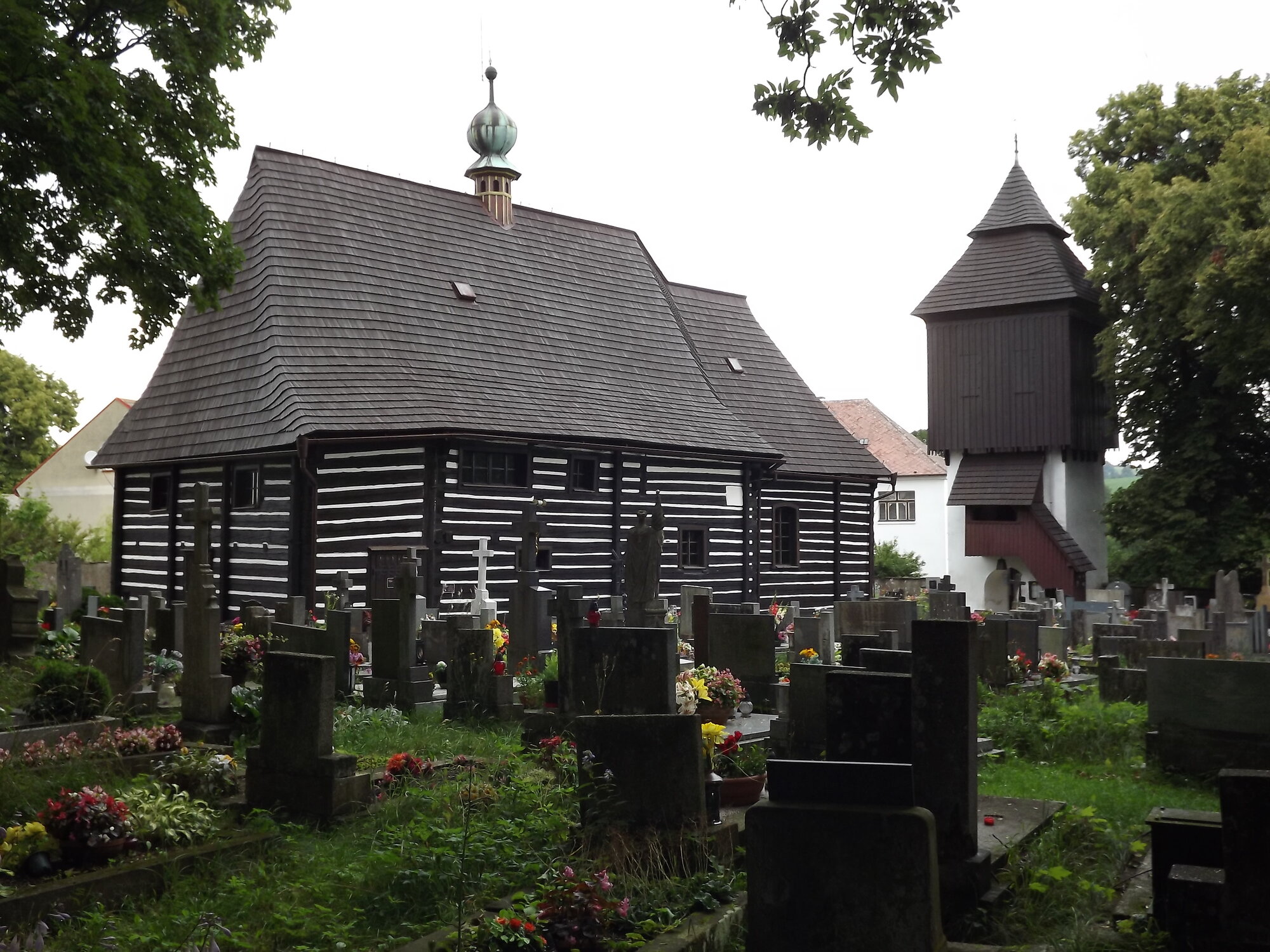 A Church of Shingle Dome and the romanticism of the Podorlicko

Find time for a short walk to the cemetery, to the church of St. Ducha. It has stood on the site of its old, probably wooden predecessor since the 16th century. A small hill with a church in the Middle Ages passed an important road from Hradec Králové to Kladsko. Today's church with a shingled dome and a free-standing bell tower on a cemetery surrounded by a low stone wall can be seen from afar and forms a romantic and harmonious whole with the surrounding rolling countryside.

If you would like to absorb a bit of a serial atmosphere and see folk architecture, you can go to Slavoňov to the cemetery with a wooden church and bell tower. They buried the old Mr. Hek here in the series, I'm sure you'll remember. 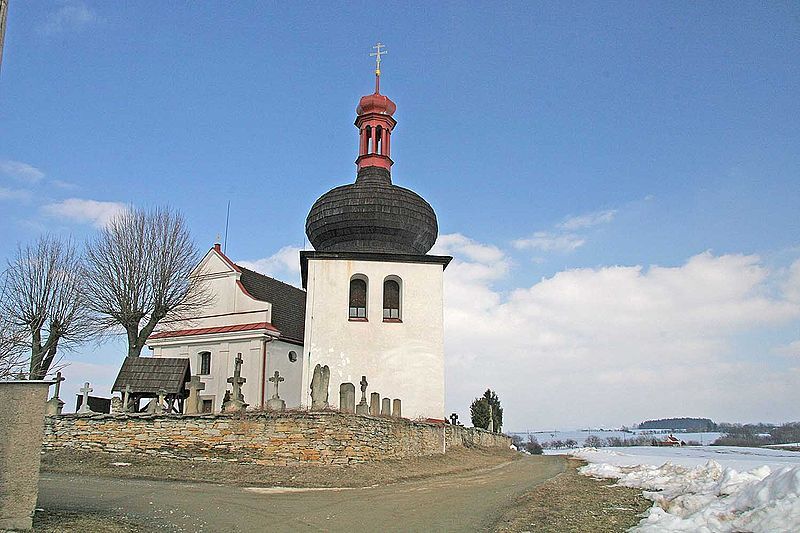 A Square of Many Names

And finally back to F. L. Věka Square. Who lived here between 1930 and 1955, changed his address a total of five times. As? At first, the square was called the Great. In 1930, on the day of TGM's 80th birthday, it was renamed Masarykovo. After the onset of Nazism, it had to be renamed Velká at the end of 1941 in order to return to the name Masarykovo after the war. Finally, since February 21, 1955, it has been called F. L. Věka.v 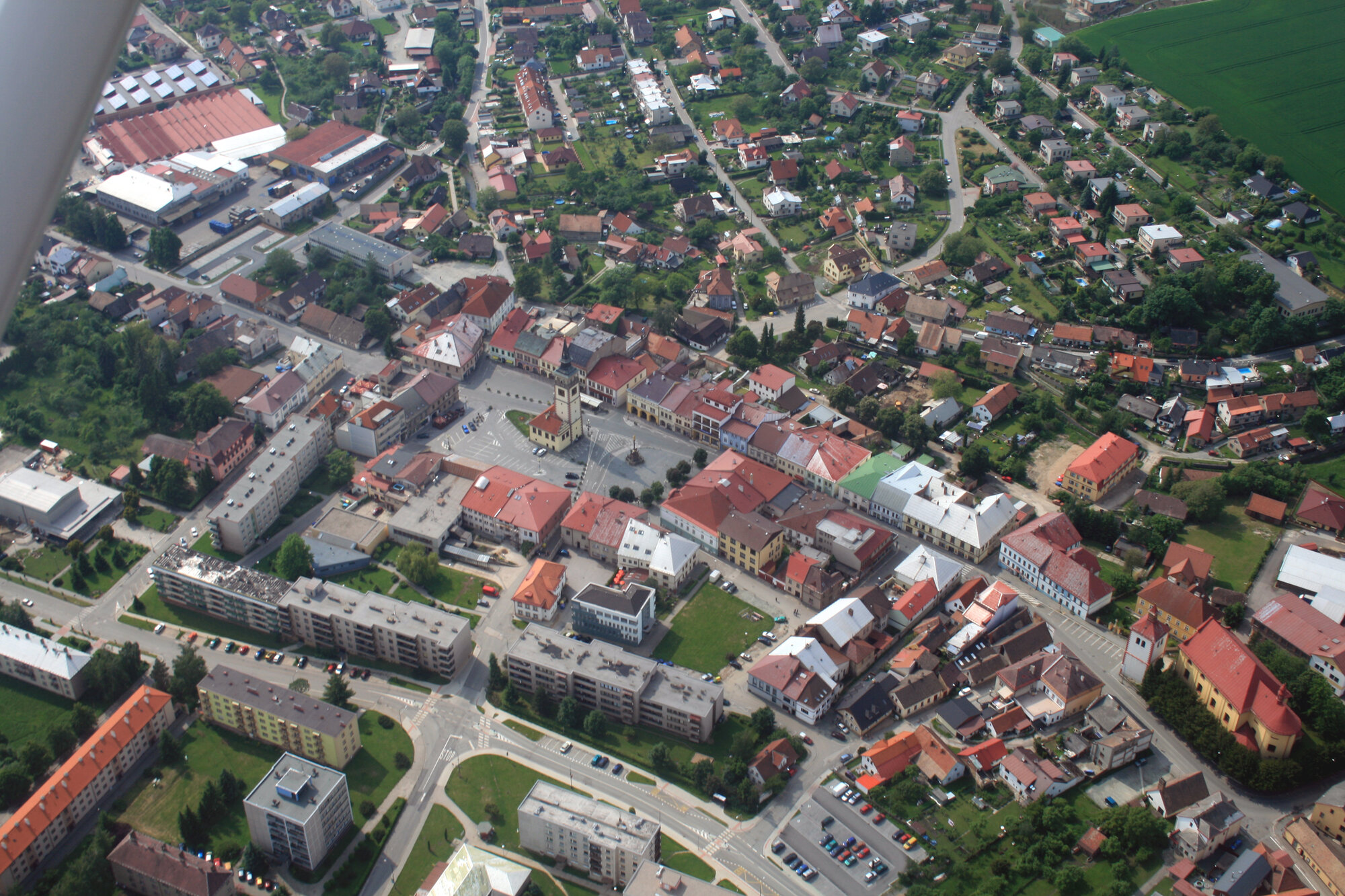 We thank the Museum of National History in Dobruška for information.