spring (source):
This river is created with confluence of Divoká (Wild) and Tichá (Calm) Orlice near to Albrechtice.
flow length:
35 km 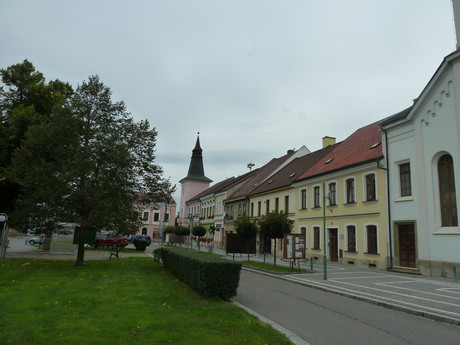 You have everything in the square at your fingertips. One tower is dominated by the Evangelical Church, the second tower of the local town hall, opposite the Virgin Mary Plague Column and the Holy Trinity statue. In the middle of that all there is a sandstone fountain which originally stood on Wenceslas Square in Prague, before it was transfered to Trebechovice. In the eastern corner of the square, where the original museum was built and where you will find a new building with a yellow facade from 2013, there is the visitor center and right behind it there is the entrance to the Trebechovice Nativity Scenes Museum. 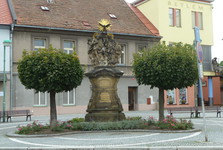 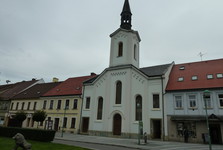 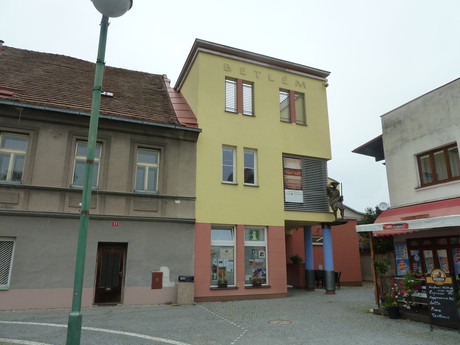 The ground floor of the building displays more than 400 nativity scenes made of various materials. You will find the nativity scenes of glass, wood, lead, paper, straw and the most precious - the Trebechovice wood carved nativity scene which weights of 1.2 tons. Therefore, for better handling, it was transferred to a modified undercarriage chassis. The original nativity scene was but a corner, in 1935 it was modified to the present shape and placed on the chassis. In the same year, the crank drive was also replaced by a mechanism. In the second half of the 20th century it was lit by light bulbs. 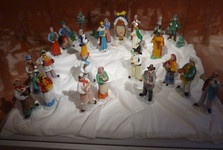 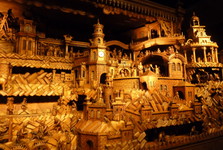 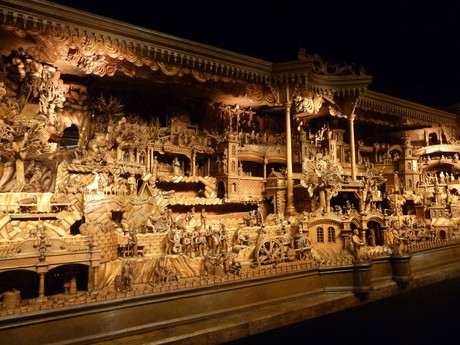 Each piece has its own role and can not be counted. We just read that the figure height is 20 cm, just three kings are taller, measuring 30 cm. Another interesting point is that the nativity scene doesn´t capture the looks of Trebechovice as it could be common in some other nativity scenes of similar value. Only Oreb hill can be seen in one of the showrooms. 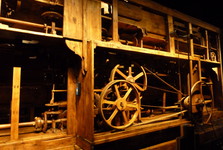 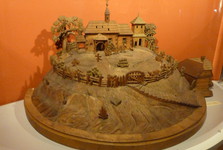 A sophisticated careved work of art is something your eyes will feast on. Once it is put into operation you won´t stop looking. It is propelled by a simple mechanism. You can go around the nativity scene and look into the bowels behind the glass. In the exposition you will see detailed drawings of the mechanization of figures. Probošt's nativity scene is 6.9 meters long, 2.35 meters high, and stands at a base with a wheelchair of nearly two meters wide. 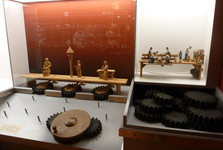 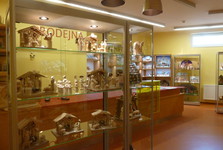 Like every monument, it has a history of its own about which you can learn during the exposition.I will just point out that the property disputes lasted for 10 years and is now the property of the city.

When you have enough of it, go up one floor higher, you will see, for example, the original Trebechovice railway station, timetables and other railway-related items, as there is a railway exhibition. Historical trains and locomotives that are planted in the original landscape. They are electrified, wooden and sheet metal. The forerunner of the horse pulled railway - is captured on a painting. 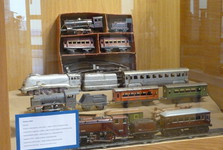 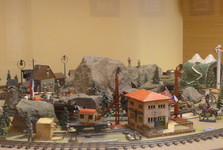 There is also an entrance to the terrace, where you can rest in an architect-created garden nook. From here, you have a view of Oreb Hill, with its local church and cemetery. You can reach it from the western side of the square via the bridge over the Dedina River. It flows down the railroad with the river Orlica. The whole Trebechovicko micro-region, the center of which is the town of Trebechovice pod Orebem, is surrounded by forests and the mentioned rivers that are winding around the ponds around the ponds. 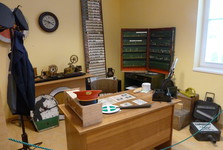 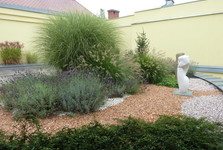 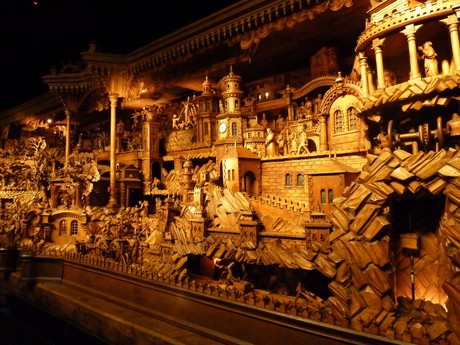