spring (source):
This river sources near to Jevany in an altitude of 415 m of sea level.
flow length:
23 km 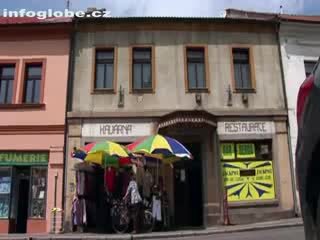 In 12th century, along an important way among Prague and South-east Europe, a market place was founded. Later, since 1268, the colonists became citizens. At present, Český Brod is known as Gothic town. The route between Prague and Brod is always busy. Most of local inhabitants travel to capital for their jobs, and so, railway connection is an ideal connection. 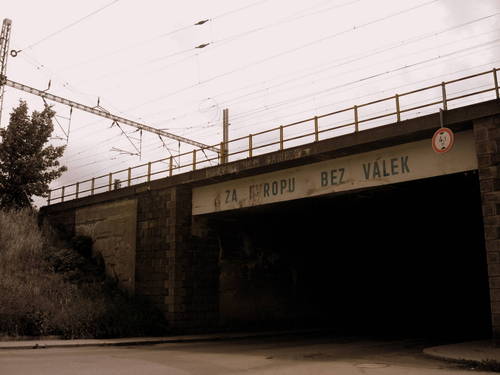 Atmosphere of Pink Flowers, No Entry and Secret Underground

Oblong and divided square of Český Brod is bordered with trees, having pink flowers. Your attention is fixed to St. Gothard Church in Gothic-Baroque style. The church is placed in the centre of the square, just nearby stone bell-tower and public WC. However, the rough-casting is falling down, and behind wire-works, pieces of the walls are to be noted. Anyway, below, a system of underground corridors was working in past. Some legends, fables and even logical arguments are allegedly existing, which prove the existence of underground system, hidden below the town. Nevertheless, who knows? Let´s ask for in local  information centre, situated just from the opposite part. 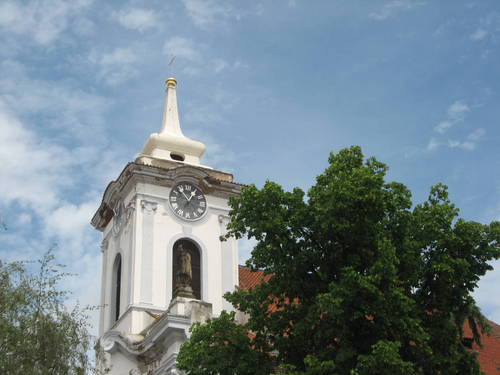 „However, there is a lot of disorder here!“ one of local women is complaining. „To tell the truth, I´ll be soon ninenty years old, so I do not solve anything!“, the other old lady adds. We confirmed this fact, while walking through historical town nucleus. It is obvious that the town looks after, within scope of possibilities.

The building of local grammar school became quite important for the history of Central Bohemian Region. On 8th May 1945, at 21:05 h, there was, just there, signed a capitulation of rests of German military troops in Central Bohemia. And now, inside this building with small bell-tower, the school-leaving exminations are being done. Except memorial plate, no traces regarding war raving, are to be found there. Good luck! 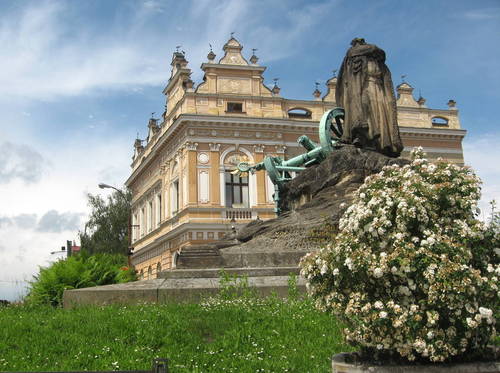 Except grammar school building, it is worth to admire Prokopius the Great Monument, Sokol building, town hall or former King´s Pub. Moreover, you probably do not overlook the highest construction of Czech Republic in Český Brod-Liblice, two radio and TV senders, 335 metres high. Not far from here, you can find Klepec Hill, or a place, where Lipany battle was effected.

„For Free Europe!“ - so, such inscription welcomes you immediately at town entrance. „Do you film this inscription, don´t you? I knew it. This sentence remained there from Bolshevik´s period!“ one lady is astonished. Nevertheless, this slogan was eternal for such time period. This fact cannot be forgotten, of course. It is true that nobody calculated such time surpass. On the other hand, it is a bit of history, isn´t it? 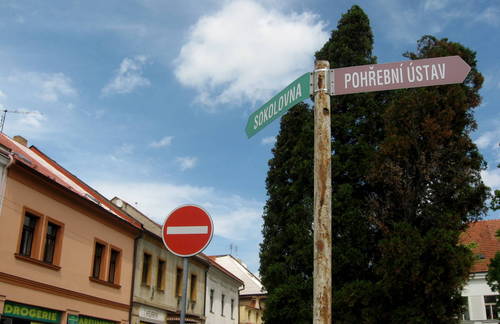 The next place of interest is as follows: on hardly any central town´s street, you can see an arrow-head, directing you to Sokol-building or towards funeral establishment. So, just such sign-post is placed at square corner of Český Brod. If you pass unique Modrá Hvězda (Blue Star) pub, surprisingly reminding era before 1989, you need a couple of steps only, and you reach really funeral office. Anyway, a smile on your face makes, for sure, delicatessy and smoked meat shop, where also the flowers are being sold. Even grocer´s shop is doing his best, in order to offer you alcoholic drinks. Magnetic table with an inscription: „Each week, we have new goods available!“ is a full stop after such business activities.

The same astonishment as this strange sign-post showing towards funeral office in central square, wakes a garden, reminding military airport. Small fenced space in one of some house, instead of blooming astra-flowers, is decorated with retired army airplanes and rockets of middle distance flying range. 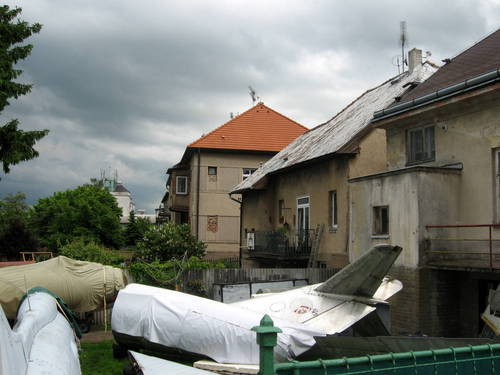