We passed by the first entrance to the castle. Instead, we went down the road further on as we were interested in observation platforms (bastions) nearby. From there there would be splendid views of the ity. We also noticed a bust of Jean Louise Raduit de Souches, a famous field marshal in the 30 years war era. It was him who successfully defended Brna as the plaque said. His last will explicitly testifies about his love for the city. He was buried in St Jacob’s church. 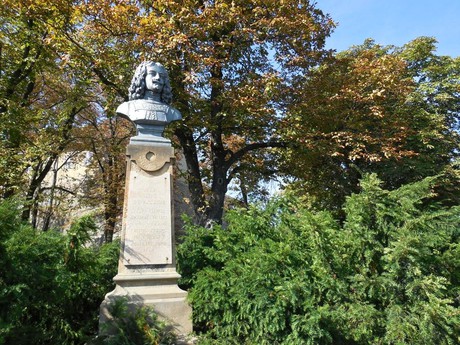 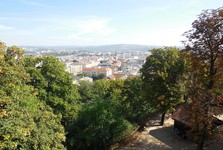 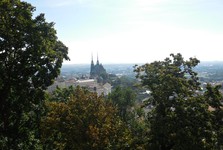 We passed by a lot of mommies with children or elderly people. They obviously like the place. No wonder. We were also surprised how peaceful the place is. Nice nooks and benches were everywhere. The other side of the castle which we reached by following the castle wall has a yard where you can park a car but it is also a pedestrian zone. A large area we reached then consists of the castle, a café on a courtyard, restaurant and a small car park. At some places on the huge wall there are iron cannons aiming at the lower castle. At the castle wall we observed living city. Two buildings were particularly interesting. The first one were exhibition grounds and the Assumption of the Virgin Mary basilica, the so-called gem of Gothic in Moravia. A cloister belongs to this church. Gregor Johann Mendel or famous Czech composer Leos Janacek used to live there. 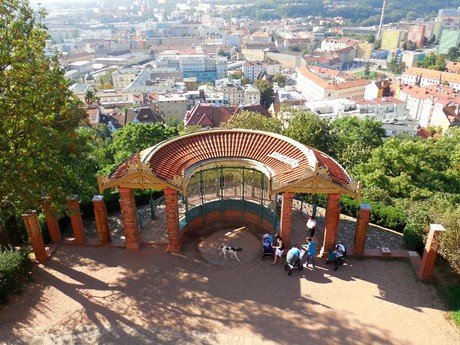 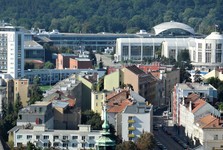 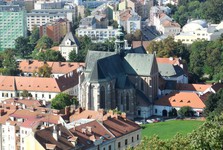 We entered other parts of the castle. We saw, for instance, an observation tower in the corner of the tower, a large inner courtyard where chimes were placed and played every hour one of 32 melodies. A 119-meter deep well reaches below the level of the Svratka river. There are also castle moats, a bridge and many interesting buildings across the compound. 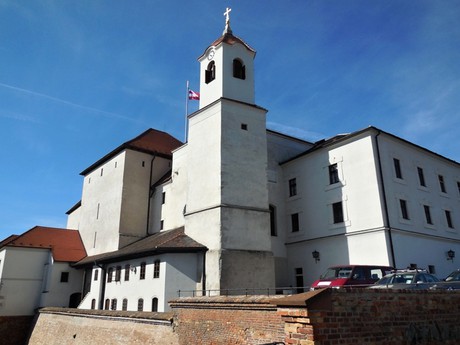 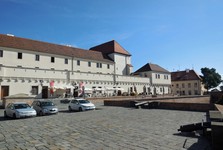 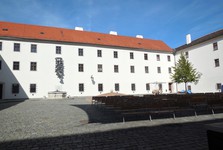 Spilberk Castle is home to Brno City Museum. In several galleries inside, there are displays of local history. Speaking about the history we would like to mention that Premysl Otakar II is the founder of the castle. The castle is something between Gothic and Baroque styles. Initially it was a residence of Czech rulers. Later it became the permanent residence of Jan Jindrich (younger brother of Charles IV) and his son Jost Moravsky, who became the emperor of the Holy Roman Empire. Therefore, the castle was the residence of the ruler of the then empire. Later Spilberk’s façade changed radically. Even a prison was founded here. Since 1962, Spilberk has been a national cultural landmark. 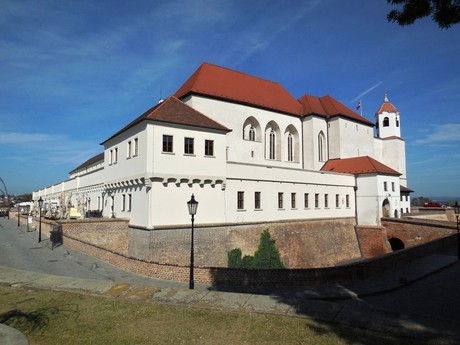 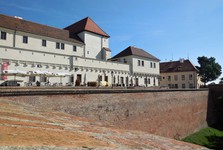 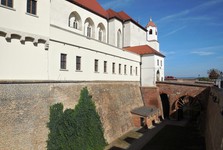 Huge events also take place at the castle, as well as themed guided tours. For instance Summer Shakespearean Festival or the Spilberk International Music Festival and many others. Our tour came to an end at the entrance gate. It began there as well. 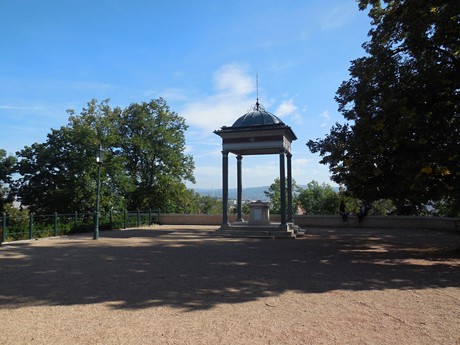 Next week we take a look at the city center. On our way we are going to see couple of interesting buildings (not just from the perspective of architectur).