The history of this institution starts in the year 1817. It focuses to vast array of Moravian art. Its buildings are scattered across the city. We were standing in front of the Arts, Architecture and Design Museum displaying utility art. Next to the gallery there is Besedni House the home of Brno Philharmonic orchestra. We continued down the street to Jan Amos Komensky’s church, also known as Red Church (it became a property of Ceskobratrska Evangelical Church after the WWII). As we approched Husova Street from Denisovy Orchards the building was really interesting for us. 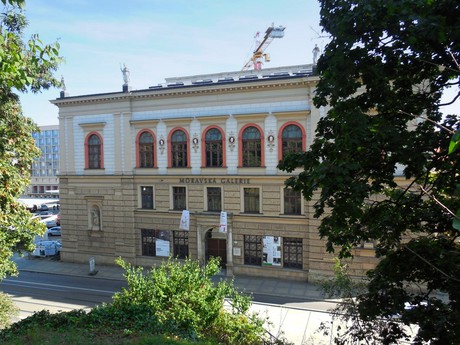 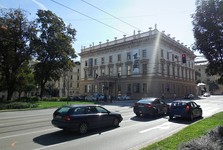 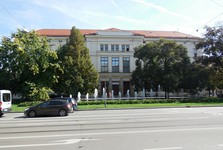 The church was inspired by Gothic-style of northern German lands. The construction material were red bricks. Its belfry is 50 meters high. The edifice was finished in 1867. While outside we were really amazed by it. We even get a chance to peak inside through half-opened door. The interior was much more humble, a typical thing in evangelical churches. After while we continued on. 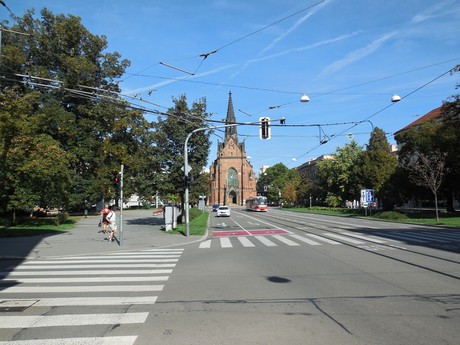 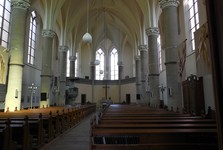 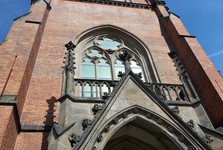 There are several educational institutions around. Janacek Academy of Music and Performing Arts is one of them. Dozens of students leave its gates annually. Among its alumni are or were Vladimir Mensik, Hana Zagorova, Boleslav Polivka, Jiří Bartoska, Miroslav Donutil and many others. Near to the academy is Masaryk University founded in 1919. It is one of the most prestigious universities in the Czech Republic and many Czech and Slovak students study there. It was named after its founder. It is also the greatest competitor to the largest and oldest university in the Czech Republic – Charles University in Prague. 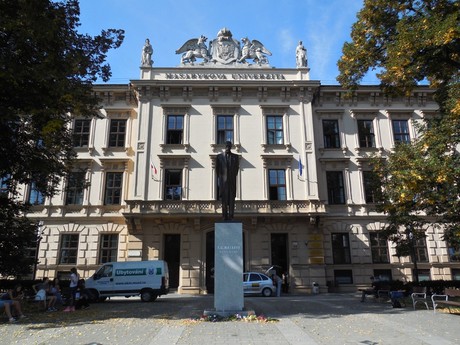 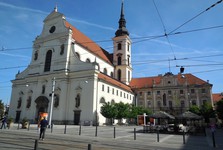 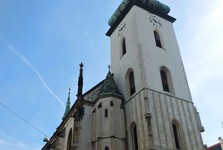 We left Komenske square for Moravske square. There the main sight is church of St Thomas which is truly monumental and a monastery belongs to it. Going further we encountered church of St Jacob. We have already mentioned it regarding Louis Raduit de Souches, the marshal who was buried there. The church also holds the second largest ossuary in Europe. Near to the eastern side of the church there is another one - church of the Assumption of the Virgin Mary . 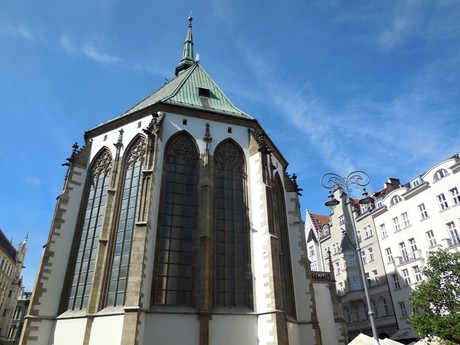 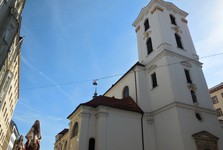 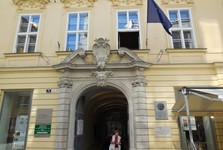 We walked down the streets lined with Art Noveau and Baroque buildings and mansions. There are usually stores on the ground floor or cafes and restaurants. A table on one of these houses commemorates the visit of musical genius W. A. Mozart. We ended up on Svobody Square. There are couple of interesting sights but we are going to tell you about them next time. 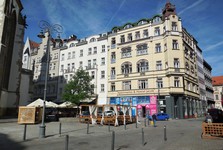 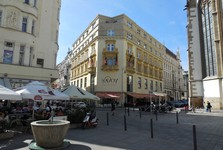