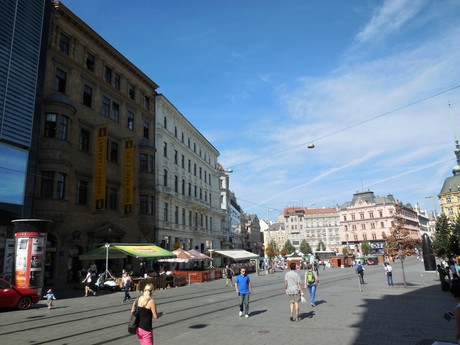 Number of people, cafes, and stores as well as markets sucked us into the whirlwind of city life. The fountain where verses of Jan Skacel, a poet from Brno, were inscribed on it. We found interesting also the Plague column of 1689. It is a reminder of victims to plague epidemics. Then there is the ground plan of former church of St Nicholas which is non-existent now. Last but not least there is the Brno astronomical clock. 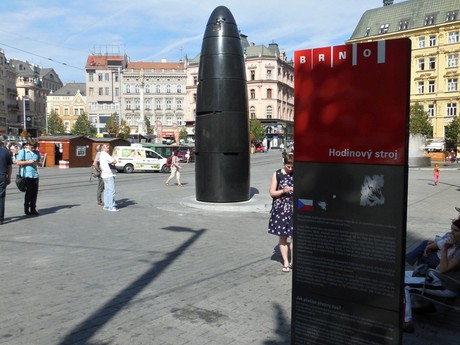 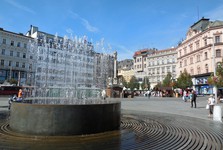 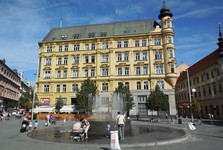 The latter attraction is a black stone relief which looks like a projectile with a clockwork inside. This interested us the most. Despite a long instruction manual we didn’t quite understand how to count the clock. However, every day at 11 the clock releases a ball which you can take as a souvenir. This very complicated and remarkable mechanism symbolizes conflict, victory, and courage of the city in the times of the Thirty Years’ War. The public did not meet the installation of this device with enthusiasm. However, tourists like it and take pictures with it as well as they tray to count the time. 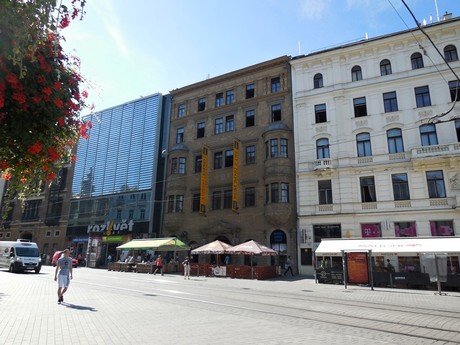 We noticed some contrasts in architecture while leaving the square. Modern buildings were set next to historical buildings. We would like to mention the house U Ctyr Mamlasu the name of which comes afterfour monumental male statues holding beautiful column heads. Then there is the House of the Lords of Lipa, a Renaissance mansion the façade of which is richly decorated. Mostly it depicts grape vine. Then there is Klein palace, a Czech cultural sight. The mansion was renovated between the years 1995 and 1997. Today commercial and noncommercial activities take place outside. 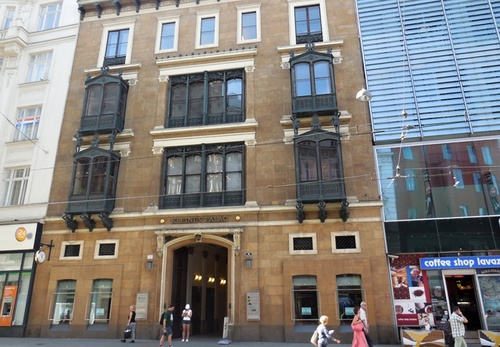 We continued toward Masarykova Street. Adjacent to a book store there is a nice, narrow street going to Old Town Hall. It belongs to city’s oldest sacral buildings. Established in 13th century it operated as church until 1935. Then it became a cultural and information center. Inside we noticed the legendary wheel of Brno and the dragon. The most interesting feature about Old Town Hall is the stone portal and its twisted pinnacle. It was designed by Antonin Pilgram. Another interesting parts of the town hall are the yard and 62-meter tower which is open to public. From the top you can enjoy a beautiful view of Brno. 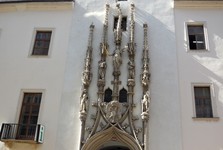 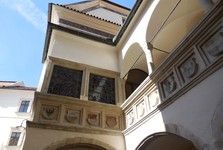 In Old Town Hall there are couple of historical halls to see including a clockwork. There is also an exhibition that tells the history of this beautiful building. Next week we tell you more about another square we have seen in Brno. 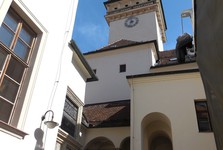 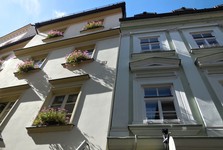