In the first written notice of 1253 Krumlov is named as Chrumbenowe, in Latin documents as Crumlovia or Crumlovium. The title Český (Bohemian) was added to its name in 1439, in order not to be changed with the other Krumlov, Moravský Krumlov (Moravian Krumlov). Anyway, its offical title and actual name of the town is used since 1920.

We can take (as the first colonization during medioeval period), as a base of the community of Hrádek, founded along left bank of Vltava-river between 1230-1239. First written notic

e comes of 1253, this year is mentioned as a year of foundation of  this community. The town was established in bendings of Vltava-river in 1274. However, at the beginning of 14th century (in 1303) Vítkovci Parentage died out. The next owners of  the town became Rosenberg Parentage (according to decree for heritage and with approval of King Wenceslas II).

They moved here from their present field of activity, Rosenberg Castle. So, Krumlov became a centre of vast dominion of this parentage. In the course of 14th and 15th century, the influence of town and reigning of Rosenberg parentage encreased in such degree that they allowed to oppose the centralization´s efforts of King Wenceslas IV. He was even a prisoner on Krumlov´s Castle in 1349 and 1402. The town´s attitude to the then situation changed often  during Hussite Wars, from favour to Hussites becam

e soon radical resistance, all this happened within the reign of Oldrich II., dominion´s owner.

Further town´s history is fixed to German influence, which  became strong from a moment when silber was discovered, the silber mines were open in 1475, this had a consequence of arrival of German miners from border-land, and the process of town´s Germanisation started. In 1494 Krumlov was declared as a King´s town. The further personality of Krumlov is, without doubt, Peter Vok of Rosenberg. The castle was re-built in bigscaled measure to comfortable castle´s seat, in such face we know the castle now. However, big debts forced Peter Vok in 1601 to sell the castle to Emperor Rudolph II. So, Krumlov lost its position as a seat of Rosenberg dominion. Peter Vok became, at the same time, the last man of Rosenberg parentage. The other  breakage in town´s history was – in 20th century – the annexion to German Third Reich, owing

to big number of German speaking inhabitants. Anyway, Krumlov was in 1945 set free  by American Army, German inhabitants  transfered and substituted with Czech immigrants. The town with its outskirts became an important centre of textile and paper industry. In near community of Větřní  there was established a paper factory. This factory became an ecological fright of local citizens, especially for its inconsiderate influence for Vltava river-basin. At present, this disaster situation is over, and now, more then the paper factory, terrifies the watermen the infinite stright river section, which leads along the factory complex of Větřní community, several kilometers before camping place near to Krumlov city.

As to important historical monuments: it is especially a castle. Krumlov-castle is, after Prague castle, the second most vasted castle space in Czech Republic. Originally Gothic castle is re-built in Renaissance style. The castle consists of Lower Castle (originally Hrádek) witt a tower as a dominante, and Upper Castle. 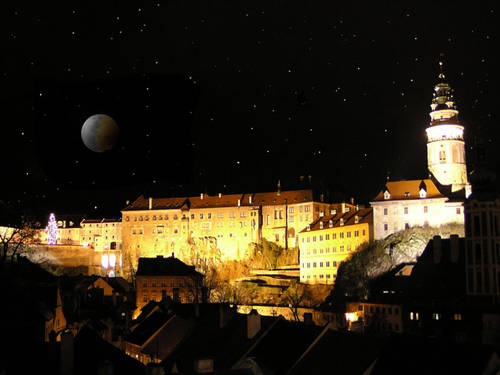 several-storeys bridging over Jelení zahrada ( Deer Garden) – it connects the castle with castle-garden. Constructed in 1764.

it was founded in the 2ns half of 16th century, 700 m long, total extention 10 ha. You find here a Cascade Fountain, Baroque summer-house Bellaria and new turning auditorium theatre in open space. This is greatest cultural enticement.

Latrán – the quarter on opposite part of the river, in north direction from Inner town, outer bailey of the castle. It is connected with Inner town  by means of wooden Lazebnický most (Barbers´ Bridge). You find here many houses in Gothic style.

Town´s Fortifications – the actual form of fortifications, surrounding Latrán, comes of 15th century. As to town´s gates: Budějovická Gate is preserved till now only.

St.Jost Church: originally a Gothic Church, many times re-built, since 20th century used as a residential house, at present seat of Puppet Museum.

Plešivec – this historical part of suburbs declared as an independent town´s monument zone Town of Český Krumlov captivates for big number of Art Galleries, Museums (six museums at present), we name especially Egon Schiele Museum an Wax Figures Museum. At  the evening, in picturesque pubs plays life music of many lines. The town offers many categories of accommodation, from luxury rooms up to students´  hostels.

How to get to Český Krumlov?

Through the town leads the road of 1st class – I/ 39 – from Lenora, via Volary along Lipno Dam. You arrive here passing parking place not far at the castle-entrance  and info-centre, and continues to direction of České Budějovice. Further, there are three roads of second class : road II/157 from Český Krumlov via Kaplice and Trhové Sviny to České Budějovice (frankly speaking, it is a  roundabout way). Road II/160 connects Český Krumlov to communities of Větřní, Rožmberk nad Vltavou and Horní Dvořiště. It leads along Vltava – river (up to Rožmberk). This road is being used by watermen for their transfer to Vyšší brod.

Railway route 194 České Budějovice-Volary transfers through the northern part of a town. The railway route is situated on dwelling-place Nádražní předměstí (Railway suburbs) at foot of Kleť hill. You have to overcome relative high ascent from city-centre The distance from a railway station to coty-centre is 2 kms approx., you can use services of local bus transport. In summer months, Czech Railways organize an express train „Šumava“ direct from Prague to Volary. This is an excellent solution for travellers to Bohemian Forest and Lipno Area wombs. The train stops in Český Krumlov, of course.

Bus station is to be found not far froom crossroad of streets Objížďková and Nemocniční, near to Krumlov hospital. Many regional and long-distance line buses are starting its route here, there is also a stop of local bus transport. Further bus station we find also in dwelling-area Špičák. The buses to Prague have its stop direct here, most of long-distance buses have the stop in Písek and Příbram.

Mayor of the Town: Ing-Luboš Jedlička 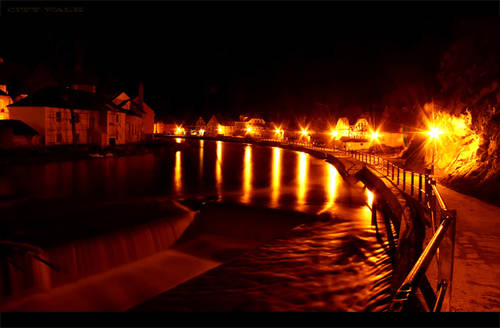