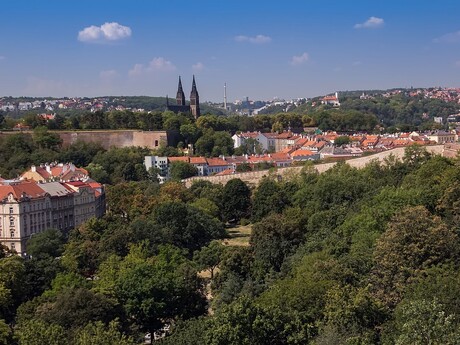 The cemetery on the site of the current Vyšehrad cemetery existed in 1260, in the 17th century there was a parish cemetery Vyšehrad chapter. In the seventies of the 19th century on the initiative of Vyšehrad provosts Václav Štulc and Mikuláš Karlach national cemetery was established, which has an area of ​​0,81 hectares. The first marble tombstones in southern and eastern side of the cemetery were designed by A. Barvitius and his work in the years 1891 - 1908 followed by A. Wiehl, who designed the arcades around the edge of the cemetery. Neo-Renaissance arcades have a cross-vault based on Tuscan columns of sandstone and decorated with paintings. The main road through the cemetery leads to Slavín, a pantheon of important personalities of Czech national culture. 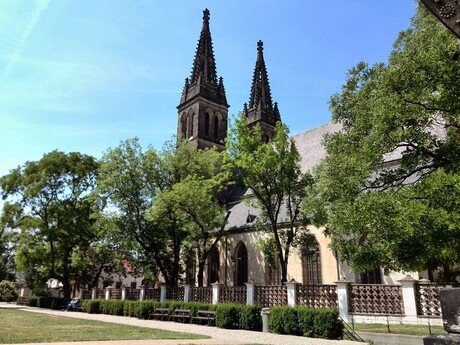 The idea to establish a joint tomb of the Czech giants of was founded in 1862 in association Svatobor, headed František Palacký at that time. Peter Fischer, Mayor of Smichov and the timber merchant, he gave her the necessary amount to build. Slavín was built between 1889 – 1893th by the architect Antonín Wiehl, student J. Zítek, the most important Czech architect of the 19th century. 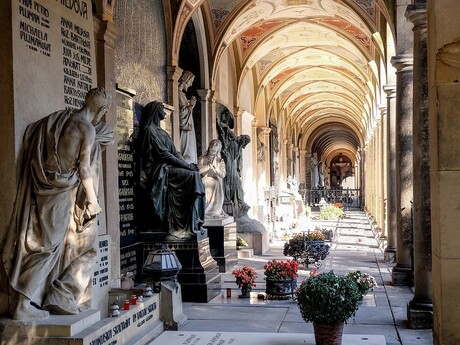 The crypt is located behind St. Peter and Paul church. It leads there the granite staircase with balustrade railings. Crypt is covered by platform and there are 44 burial tombs. In the middle of the platform is a major monument at his peak is a sarcophagus, leaning over which the winged allegorical figure of "Genius homeland." On both sides of the monument are located two statues: left "Motherland grieving" right "victorious Fatherland", J. Maudra work. On the front are three boards, which are immortalized the names of the first 15 persons buried in Slavín. The first was a poet Julius Zeyer (1901), whose verses are placed on pedestals of statues side: "His sons dust homeland, grieving, the country of return," "many deeds, cheering, proclaimed to mankind throughout the ages." Above the board is written the motto of Slavin, which was in dedicative list, which Peter Slavin Fiser gave to perpetual care and use Svatobor League - "Though they died - still talking." 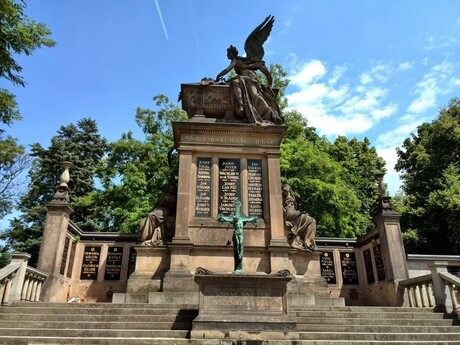 Around the platforms is the wall with the other 36 names on both end walls are spaced pillars with stone vases. When there is funeral ceremony, before placing in the crypt at the hearse, the casket or urn exhibited. Towers on it bronze cross with the Crucified, the model sculptor V. Left. The walls of the crypts are lined with marble and the ceiling is a colour mosaic. During the reconstruction of the crypt under the leadership of J. Fanta were added to the windows and doors, lamps, staples, buttons, etc. for hanging wreaths, made of bronze. Under the ceiling there is an epitaph from the writer F. Taborsky: "We made ​​a bed that conscience still, though we wanted more than we could muster. I wish you and what will come after us and expose the temple of humanity higher! " 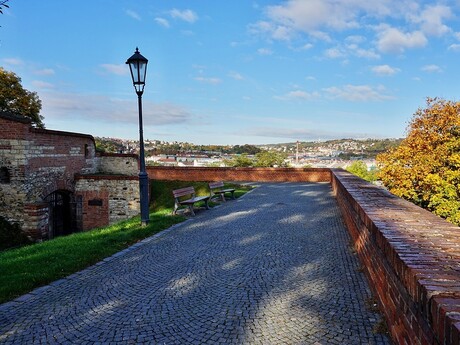 Funerals of Slavín the place mostly at the request of major scientific and cultural institutions are turning on the association Svatobor that any decision to the opinion of the funeral Vyšehrad chapter house. 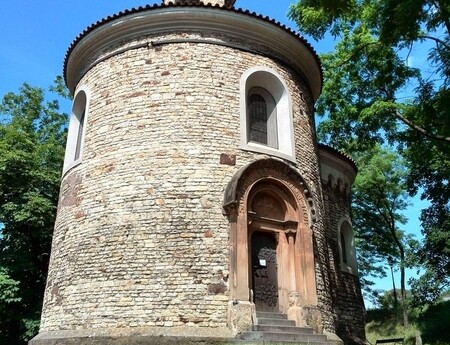 On a cemetery there are currently buried 600 prominent figures of Czech national culture. Tombstones are the work of J. V. Myslbek, F. Bilek, B. Kafka, O. Spaniel, K. Lidicky, J. Wagner and many others. 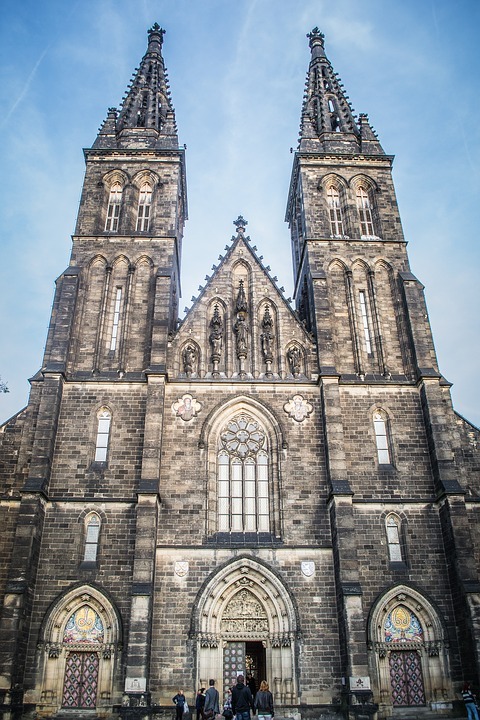