Kutná Hora would make a surprise for you on each step. Anyway, you need to have a look around. In any case, you cannot be in a hurry. From narrow streets of this ancient town, you feel some Italian atmosphere. The environs of Gothic St.Barbara Church, probably thanks to  architect Jan, Peter Parler´s son, calls back to Prague a little. 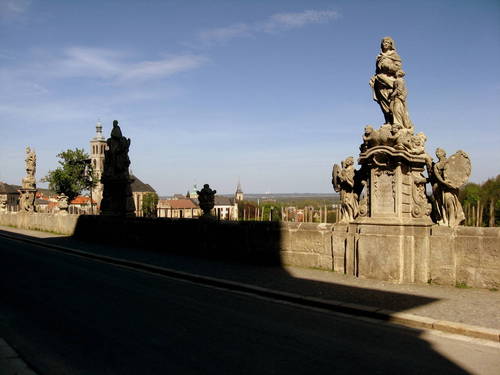 Wide access way to St.Barbara Church is surrounded with Jesuits´ Order College (from one side) and with statues´ gallery, placed in similar way as on Charles Bridge (from the other side).  You can fully enjoy the countryside, or, on the other hand, you try to find or discover some moments from everyday life of local people.

Three-navy Church of St. Barbara, including its ostentatious towers, resembles St.Vitus Cathedral in Prague. This local boasting started to be built in 1338, and would become „a competition“ to near Sedlec Monastery. The townsmen wished, by means of such monumental construction, to transfer a spiritual centre to the city. So, the original plans calculated with double dimensions of the church. However, the building was completely finished in 1905. 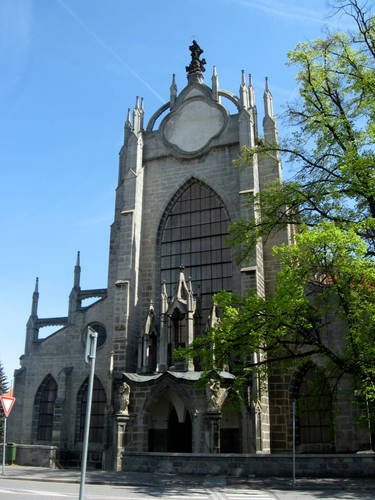 In Middle Ages, Kutná Hora became an important finding place of silver and silver ores. At that time, the mining of this valuable metal could cover even one third of European production. Silver money  (denars) were mint in close Malín village just since 10th century. Silver findings rebounded also in speed of Cathedral building. The construction continued, when enough financial means were available. If not, so there was necessary to wait for, when the means came.

Bones in Sedlec Church - a place for pensiveness

The cemetery and a chapel belong to each town from times immemorial.  Bones decoration in Sedlec Cemetery Church is an attraction number one. Anyway, this standard burial place  was changed in 13th century, by care of Abbot Heidenreich, to miraculous place, when he decided to sprinkle there a handful of sacred soil, imported from Jerusalem.

The Christians believed the fact that, provided they let to be buried in Sedlec, the resurrection will be drawn nearer. So, this inconspicuous cemetery was slowly full of tombs. The top was reached with 30 thousands of plague victims and with all dead persons who were killed during Hussite Wars. So, the first notices about bones and craniums´ „store“ appeared in 17th century. 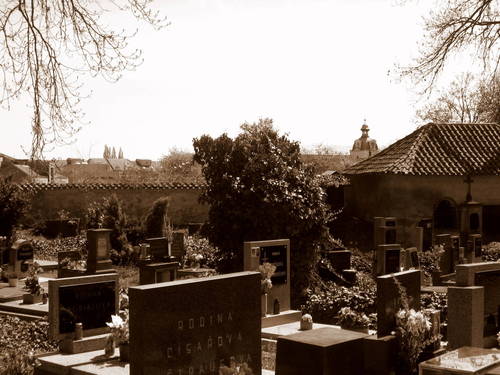 So, now, even double deckers are parking along small Sedlec street. An old woman turns up the green in the garden. Her dilapidated house is placed just nearby the caffee. She is accustomed to the crowds of tourists. It seems that Russian expeditions have some privilege that they are not obliged to be in queue. They get ahead of the crowd of waiting Czechs and tens of persons continue to go inside. Nevertheless, it is worth to wait for a while.

A chandelier from human bones, craniums and shoulders. Strange cold and candeliers´ light emphasizes mystical atmosphere of Sedlec Church. Hardly anybody is speaking. Hardly anybody asks himself what caused something such strange, something unnatural. A man who enters the church, would think over his way of life, and would realize, among bone rests of approx. 40 thousands of persons bodies rests, how the life would be short and in which way it would be experienced. 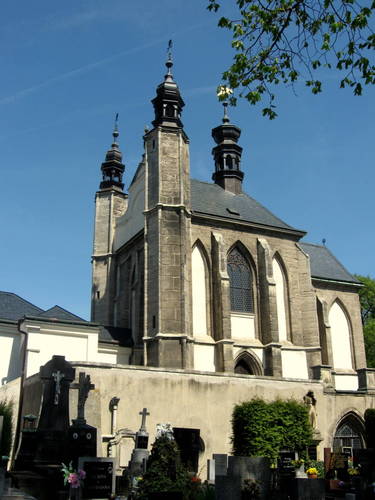 Nevertheless, you can do a couple of steps ahead, pass several pubs, ice-cream stands and public WC, and you can see Sedlec Monastery with Virgin Mary Church, most important Bohemian church institution from the beginning of 14th century. The building undergone vast reconstruction. Mainly from inside, the construction acts in a little new impression of past. In any case, it is worth to visit it.

The entry fee is to be paid extra, or you can buy entry ticket, enabling the entrance to Sedlec Cemetery Church, Sedlec Monastery and St. Barbara Cathedral. Inside all interiors, you are permitted to make photos and film with your cameras.