This time we visit individual expositions at Museum of Kysuce, one of the newest museums in Slovakia. Even though there was some effort to found it during the first Czechoslovak republic already, the museum itself was established only in 1972. The beginnings were tough. There were no experts, museum's collection was small. Yet in the course of time big changes happened eventually leading to creating a captivating presentation (5 expositions altogether) on the life in Kysuce. 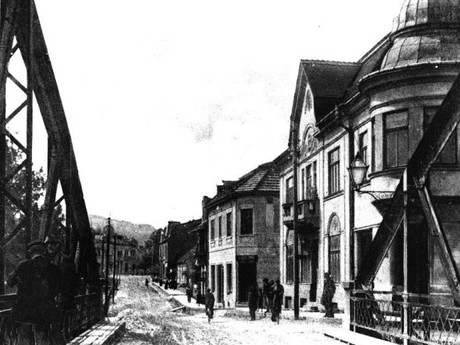 First, we paid our visit to the Museum of Kysuce, Cadca. The museum shows visitors the history of Kysuce region beginning with the first settlements and ending with the present time. The expositions include nature, society, science, culture and art. The museum's location is on Moyzes street in Cadca. Man on the Moon is an attractive permanent exposition situated in the museum. It describes the life of American astronaut with roots in Slovakia Eugen Andrew Cernanov. Also, there are several temporary expositions in the museum. Every year many related events take place such as the Slavic carnival parade or burying the Morena. The Museum of Kysuce, Cadca, is also a document center Slovakian forest railways. Also, it is a publishing house and an education center. 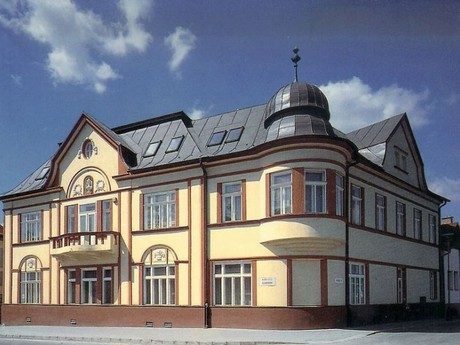 Our next point of interest is the most popular and frequented exposition of the museum , it is situated close to Nova Bystrica – Vychylovka open air museum. This is a natural history exposition in nature, it is situated in Chmura valley, Kysuce Protected Nature Ara. the corner stone was laid in 1974. Then it was decided to safe contemporary folk architecture of Riecnica and Harvelka towns. Those were supposed to be demilished because of Nova Bystrica water dam construction. Seven years later, the first part of the exposition was opened to the public. Gradually, other objects were added. In the present, it makes of an impressive folk architecture showcase which shows the way of life and culture of the people of Kysuce in the latter half of the 19th century to the first half of the 20th century. There are timbered houses, agriculture buildings, a grainery, inn, Ragan's mill with a saw, a chapel, and a cemetery with iron crosses. There are original facilities. Around, there are fields and shepherd dwellings. 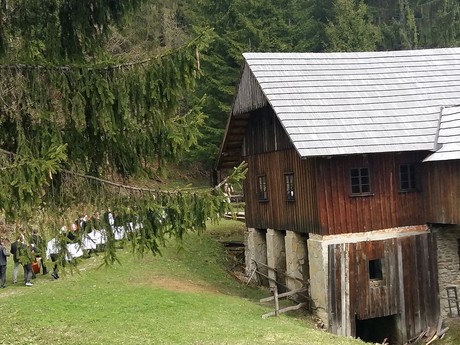 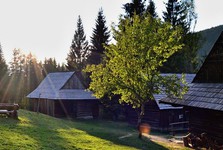 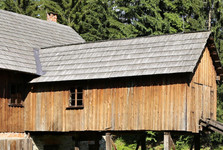 The open air museum is open from May to October. Many themed events take place there as well as exhibitions which show village life, local folklore and traditions.

Historic Forest Railroad is an integral part of the Vychylovka open air museum. It is very well preserved and in operation even today. Once this forest railroad which goes  across Bystricke valley was used for transport of wood. Today, it is a popular tourist attraction. It is a unique dead center system (one of the only two preserved in Europe) which takes you from Vychylovka to Tanecnik, Oravska Lesna district. This way you can visit two different regions during one ride. Also, try a ride on historic steam or  diesel engines. 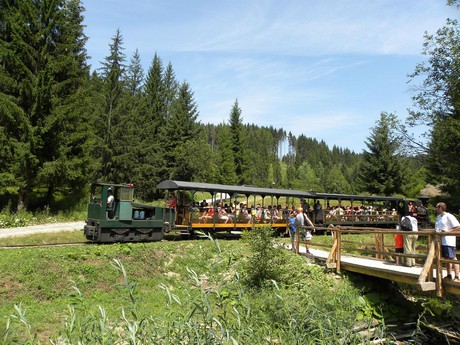 Radola Manor House is great place to see. It is situated in a town of the same name. This is one of the oldest landmarks in Kysuce. It was built in the 16th century, saw a renovation in the latter half of the 17th century. Since 1983 it has housed Museum of Kysuce's expositions. Next to amazing architecture you should see the Oldest History of Kysuce exposition showing the history of the area from the Prehistory uč to the Middle-Ages. On the first floor, there is Living of Burghers permanent exposition. Also, you may see The Legacy of Cyril and Methodius describing the historical milestone and the history of Christianity in Slovakia. The World of Alchemy is another exposition worthy your attention. It presents the life and work of an alchemist in his laboratory. Moreover, year-long expositions and events related to such take place here as well. 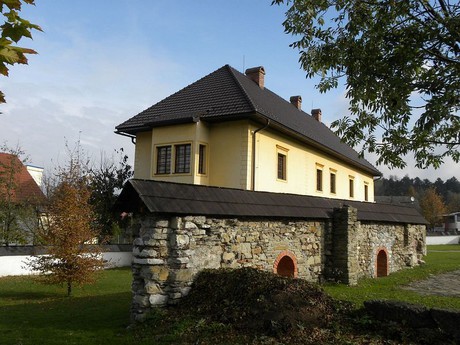 Our last point of interest is the History Museum in Krasne nad Kysucou. Inside you may find a permanent exposition featuring the Museum of Kysuce's archeological, historic, and ethnographic collections. A life-size replica of a mammoth female and natural history lecture room are the highlights here. Unfortunately, there have been some technical difficulties because of which the museum is now close without a reopening day. Learn ahead of time if the museum has reopened.

Today, we introduced you to all expositions at the Museum of Kysuce. They are great place to be at even in unfavorable weather. If you are about to spend your vacation in Slovakia, be sure to not to pass the sturcutres of the museum. Rather embrace their great atmosphere.