The original history of today´s Spain is a result of various civilizations action, which crossed,

tolerated or hated each other on this territory, since ancient time period. The oldest archaeological findings come from middle paleolite time period. Pre-historic wall paintings, discovered in Altamira Cave, created more than 1

5000 years ago, are most known from them. The Iberias (Pyrenee Peninsula got its name according to them) was colonized by them within 2000 B.C. from North Africa, and settled there, in south and along east coast. Nevertheless, eight hundred years later, Celtic tribes started to penetrate the inland, mixed with Iberians, and so new ethnic tribe, known as Celtic-Iberians, was created.

Since 8th century, the peninsula was under powerful influence of Arab civilization, which reached there one of its top. Spanish state was formed since 11th century. The Christians started to rise against Arab hegemony, and, together with monarchs from Aragon and Castilia Kingdom, started to conquest back their country. In the meantime, the Arabs stepped back the south, and

managed to keep a small area of Granada Kingdom only.

Nevertheless, most famous Spanish era started nearly immediately after a moment, when last Moors were forced to leave the country in 1492. Anyway, Spain unification was enabled by wedding of Ferdinand II. Aragon with Isabelle I. Castillia. Just these two persons sent Columbus for expedition into New World. America was conquested successively, and enormous wealth begun to stream to Spain. In 16th century, Spain became, under rule of Habsburg Parentage, Charles I., and his son, Philippe I., the country was most powerful area of West and Central Europe. However, later, Spain started to be declined,

as Gibraltar-area was ocuppied by Great Britain. Later, when Napoleon settled the country, most of colonies in oversea declared their independence. On the other hand, 20th century  brought Spain peace and calm, as well as the economical development arrived. However, the political crisis led, at first, to Miguel Primo de Rivera dictatorship, followed by declaration of the republic. Spanish King was forced to leave the country into exile. Anyway, invigorating social and political conflicts let to the fact that civil war broke out. This war finished in 1939, when dictator Francisco Franco took the power. He ruled till 1975. Anyway, he decided ,before he died, to return back the country to original King Parentage. As throne successor, Juan Carlos, grandson of original King, was chosen. 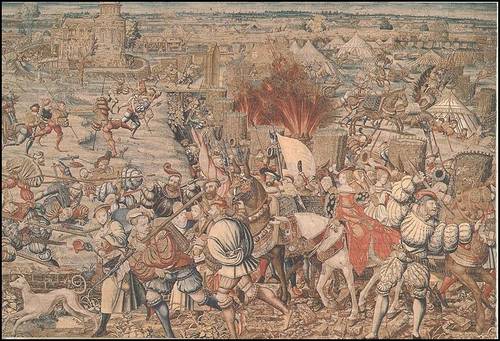