Montenegro, as an independent state was created only recently, in 2006. Its capital city is Podgorica. With a population of over 625 thousand people is one of the smallest states in Europe. It borders with 4 - 5 countries including Croatia, where we are so well known and popular "Slovak Sea", for example Adriatic. Maybe you have also questioned why we divided data in terms of the number of neighbourhood states. This is because, as the fifth state should be Kosovo, which still Slovak Republic didn’t respect as an independent, unlike Czech Republic, still consider it as a part of Serbia. But let's leave policy to politicians and let´s go towards to explore this wild, sometimes unfettered country. 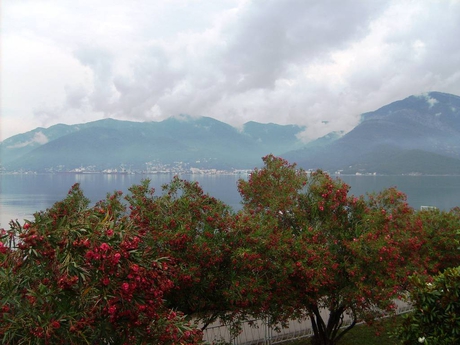 Journey into the Unknown

If you go to Montenegro by bus, know that journey takes long 17 hours. Of course, you can also go by car, or quickly and easily by plane. We chose the first option and we will tell you, we had lots to do to don’t die due to boredom. From Bratislava bus headed direction to Hungary, then through Slovenia, Bosnia and Herzegovina to the coast of Croatia, where we passed the tunnel by the tunnel until we could see a beautiful night, or rather early morning view of the town registered in UNESCO, also known as the pearl of the Adriatic - Dubrovnik. 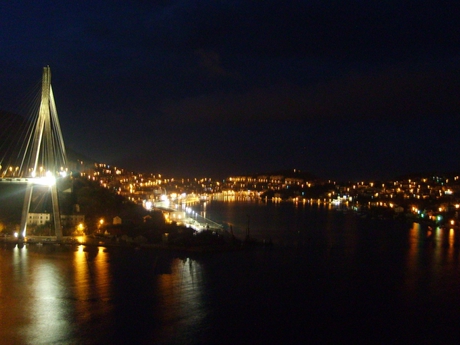 From here it was just a jump to the border Croatia with Montenegro. We have not even set foot in this country and now surprised us two things. The first thing was the change in vegetation. After hundreds of kilometres of inhospitable rocky Croatian limestone landscape with minimum of greenery we literally suddenly swung into a green paradise. Rocks were hidden under fresh "flood" of trees peeking under clouds. The second surprise was a large board directly on the border with text: Welcome to the European Union! As soon as we saw her, we started to fish in our geo - political memory, whether we know which countries belong to this community of countries. Well there are no Montenegro did not fit. And not even because he's a local Montenegrins invented. So, how you came up with the European Union and the euro currency and establish. Simply "under the table" brought back the currency, and they started to use it as their own. To us, as tourists or visitors to the country, just suit. We did not have to exchange money. And this was just the beginning. 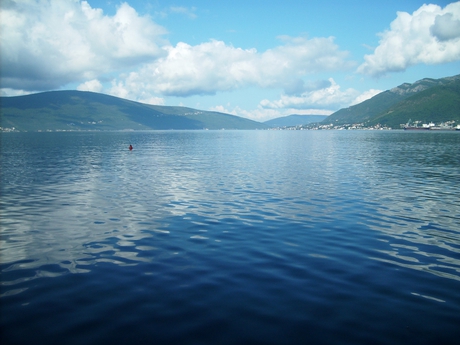 There isn´t bay as a bay

After crossing the border from the open Adriatic coast we get more into of the country. The way that our bus passed, started to copy the largest natural bay southern Adriatic Sea called Boka Kotorska bay. In the past, but also today, it is wrongly regarded as Europe's southernmost fjord. Definitely it is not the fjord, because this action arises after the iceberg. Boka Kotor bay made with flooding the estuary and is divided into four smaller bays – Hercegovina, Risan, Kotor and Tivat. Well-known is the annual rainfall exceeds 4600 mm, making it the wettest place in Europe, despite this is one of the most visited parts of Montenegro. 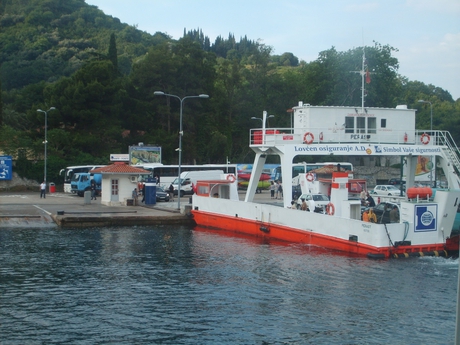 We passed the largest city and as well as the resort of Herceg-Novi, known as the city of flowers and orange trees to get closer to Narrowest point of Kotor hips. Here gulf separates the coast at a distance of only 350 meters. This place is called Verige and is known rebellion that took place here in 1918, when the strait stretched chains to prevent the ship's attack. It was at this point are now ready ferries transported for a fee, or rather crossing people, cars, trucks, and buses of course. With this rapid transport, we saved about an hour, which we had to take in case of passing the entire Gulf. One more attractions of Kotor Boka bay for us, that it was served as port for Czechoslovakia in the First Republic time. After pass over the strait we were only a few kilometres from our destination, supposedly "busiest" of the Gulf - the city of Tivat. The whole way was lined with oleanders and huge bushy vegetation with a typical "white" Mediterranean architecture. 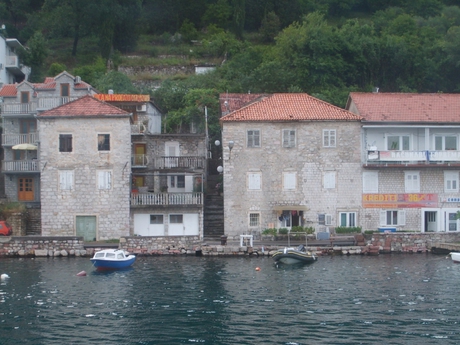 In the following article we will talk about the city of Tivat, about its history and nightlife.