Today, the city is proud of its Silla era (1st – 10th century) that is being regarded as the peak of the Korean culture. Today, some sights of this era could be seen and we will visit them. 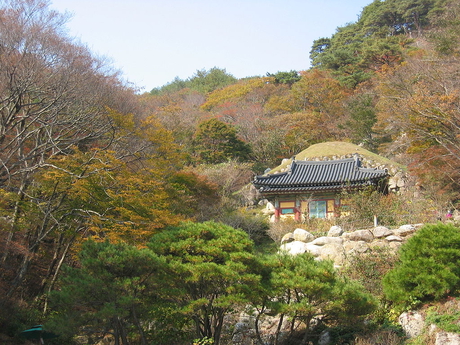 First, we visit the so called Tumuli Park. The park is in the historic center of the city covering an area of 15 ha. Within its borders are 20 tombs some of them dating to early Silla period. Not long ago the park was just an ordinary neighborhood but when ancient artifacts were found there, the quarter quickly changed. The park restoration started in 1973. Residential houses quickly disappeared and two years later the park was opened for the public. 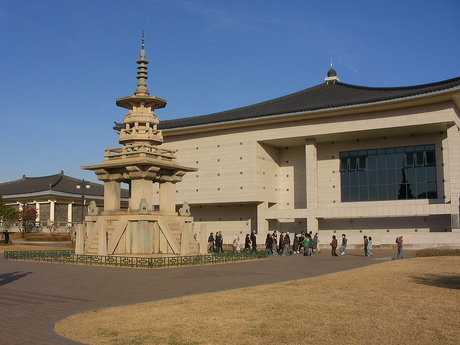 The largest tomb known as the Great Tomb belongs tu King Michu, the 3rd century ruler. The most visited tomb, however, is the Heavenly Tomb. It has 50 meters in diameter, and is 12 meters high. In 1973, archeological excavations took place there and ancient treasures were found. 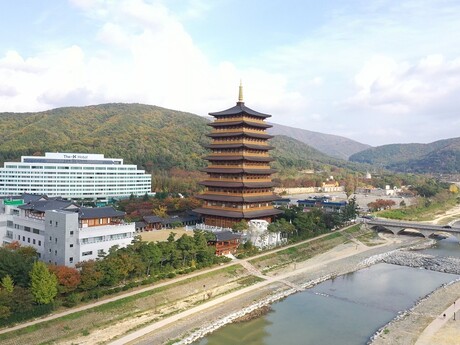 Another place every tourist in Gyeongju should see is the Gyeongju National Museum. It is not a classic museum, however, as its an open air museum. More than 80 thousand items are exhibited there suc has metal objects, paintings, earthenware, calligraphic scrolls, folk art, china, gold, and bronze statues excavated during the Tumuli park restoration. 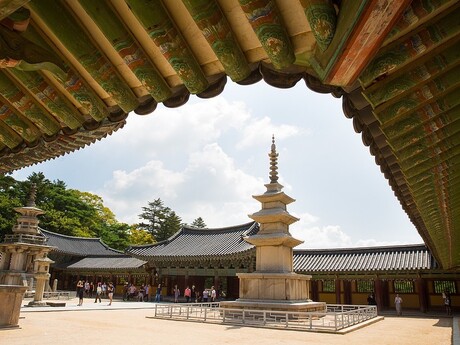 Perhaps the greatest treasure in the Gyeongju National Museum is Emille bell, called Divine Bell of King Seongdeok. It is one of the largest bells in the world. It was made in the 8th century, weights 20 tons, and has 2,3 meters in diameter. 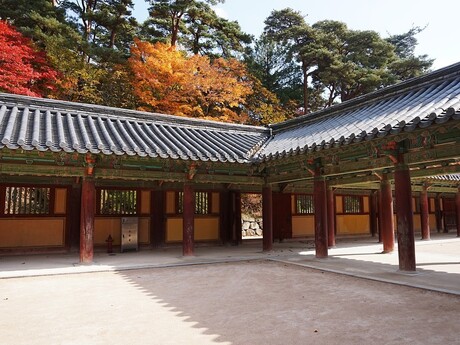 Should you want to find out what hides beyond the Gyeongju border, you can try Bulguk-sa that is about 16 kilometers away. You will get to one of the oldes Buddhist temples in the country. Its earliest part was build in the 6th century and its called Bulguk-sa (Buddha-land temple). It is an important piece of architecture from the Silla period. And it is part of the UNESCO’s Worlde Heritage Sites. 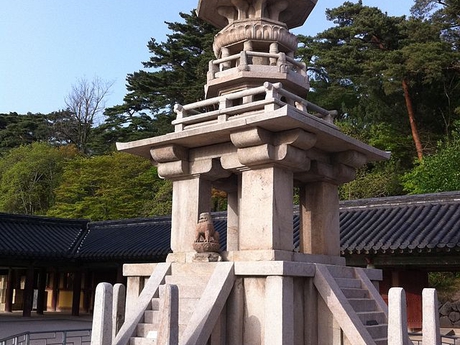 Our last stop in Gyeongju is the underwater tomb of King Munmu. The Koreans were always worried about foreign powers invasion, especially from the east. Before King Munmu died, he made an order to build an underwater tomb by a small island near Gyeongju coast. Munmu promised that he would return one day as a dragon to save Korea from its enemies. As Korea had been invaded number of times, it seems that he didn’t hold to his promise. Today, people come to spend free time here on the coast, or have some fish menu in local restaurants. 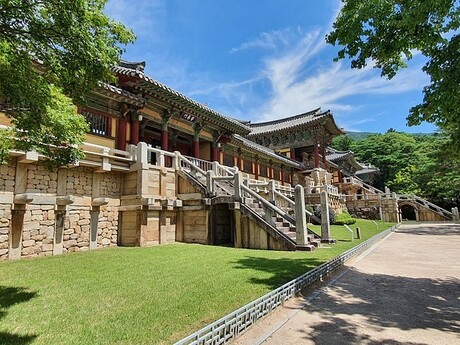 Published: 25.1.2013
As it was promised at the end of the last article, today the text will be about some of Pyongyang’s monuments.