We moved off from Slovenia in the afternoon. A journey to the Austrian state Carinthia to Klagenfurt, a town the name of which has already for few years had am Wörthersee as its attribute. However, we got there much later than we expected. The route was supposed to take us, according to GPS, an hour and half if we set out from Slovenian Ukanc but due to a bad weather and partially also to closed road after a serious traffic accident, our journey eventually took us unbelievable four hours.

We arrived in Klagenfurt in the evening so a possibility of getting some information in an opened tourist info office was infinitesimal. So we had started to look around to find some cheap accommodation. After a while we found a small billboard directing to a family hotel with restaurant that was located near our goal – the Minimundus thematic park. When we arrived an older landlord who offered us two rooms right away greeted us. The prices was a decisive factor so we simply chose the cheapest despite the fact even the lowest price wasn’t what we had actually expected. On the other hand, rich breakfasts and patrolled parking lot were included. Eventually, we stayed.

After a long sitting inside the car we felt as we were broken to pieces. In the evening, the weather improved a bit and we decided to walk around. Hunger began to bother us so we went to a small restaurant where they cooked an excellent goulash soup with fresh bred rolls. We also had some beer that made us completely happy. On our way back we almost fell asleep, so tired we were. We hadn’t seen much of a town but it wasn’t the primary destination of our trip.

A sun woke us up in the morning. Finally, it wasn’t raining any more! We had a breakfast, it was delicious, and we moved by a car to the destination we chose - Minimundus

Minimundus – scaled architectonic treasures of the world
Despite Klagenfurt is located by Wörthersee, one of the largest and warmest alpine lakes in Europe, many tourists visit the area mainly for the popular Minimundus theme park. Our original plan was to visit also the lake but there was no time and we were grateful we had few hours to walkthrough this unique park. Despite Minimundus is closed during winter more than a quarter million tourists visit it every year. 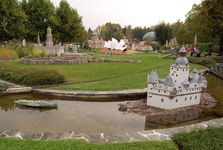 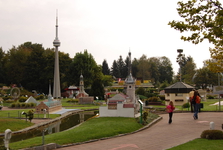 You can admire except scaled models of famous architectonic works also working railroad models or models of well-known ships. Every model is built in 1:25 ratio. There are world famous buildings such as St Peter’s Basilica in Rome, the construction of the model took almost six years. Everyone would be charmed by different things. You may have picture in front of Sagrada Familia (Barcelona), Eiffel’s Tower (Paris) or the Statue of Liberty (the US). Some would be more fascinated by technical models such as Atomium of Brussels or an American space shuttle. After few hours in Minimundus one gets feeling s/he has seen the whole world. 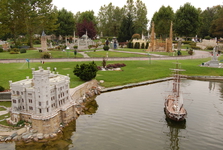 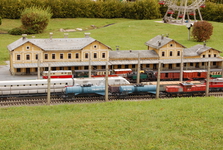 A visit of Erzberg , a mountain in Styria, was waiting for us for the afternoon. The mountain is known as one of the richest European iron ore, but we will talk about it more in the following week. In a buffet we bought some snack, in a souvenir shop we bought a fridge magnet, get to our car and moved off 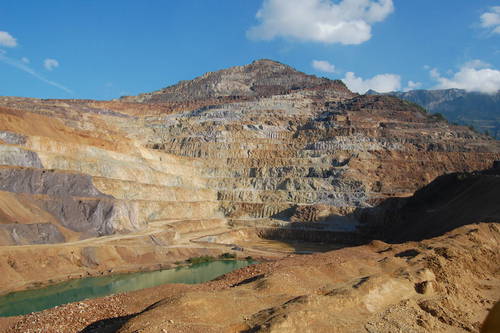