en.infoglobe.cz » Austria, Klosterneuburg – Majestic Monastery in the Armful of Flowers

Before we go to the most important sacral building in Austria which is 900 years old, we take a walk in the town center,. The town is located in Lowe Austria. Short walk in the streets didn’t take us long yet it was nice. Beautiful houses, square with statues of saints, Marian column, benches, historical fortification, small shops – all of this enhanced pleasant atmosphere. 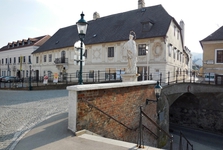 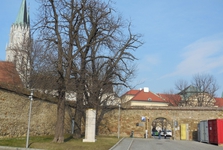 Tour in monastery
Soon we reached the entrance to the monastery compound. We saw fascinating church of Virgin Mary . It consists of three-navy basilica with two high richly decorated towers. Then there pompous roayal tract with massive dome that is joined with Klosterneuburg monastery. We saw the compound from outside first and then from the inside. We saw herb gardens, and even a fountain and memorials. We peaked into the church with truly magnificent decoration, perfect acoustic and the organ from 1642. Unique and one of the most valued organ in Austria. 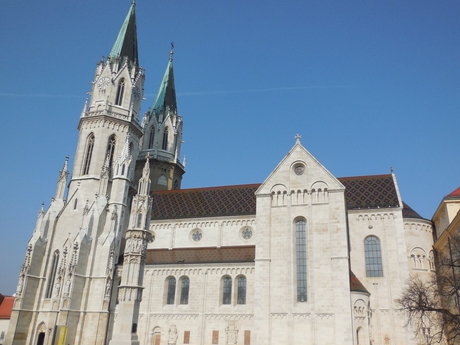 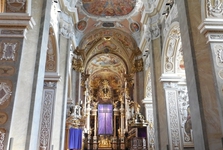 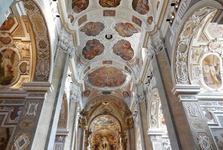 We moved to the monastery part of the compound from the church. There is a tourist center. One section of it was a zone of relax, the other was a café. We could chose from various themed tours - sacral, imperial, wine route, and treasury. We didn’t want to wait until a group tour started so we chose the smallest – tour in the treasury. Despite large arched corridors we saw three rooms of the treasury holding Austria’s most valued treasures. Works decorated with half-gems, gold, and gems created by the greatest masters of jewelry and tailors. Our attention was caught by the land crown of Archduchy of Austria, or the holy crown of Austria. The latter has been stored here since 1616 yet it was opened to the public only in 2012. An audiotour guide accompanied us during individual exhibitions. We received the device with our tickets, and except for world languages there was even a Czech and Slovak translations. 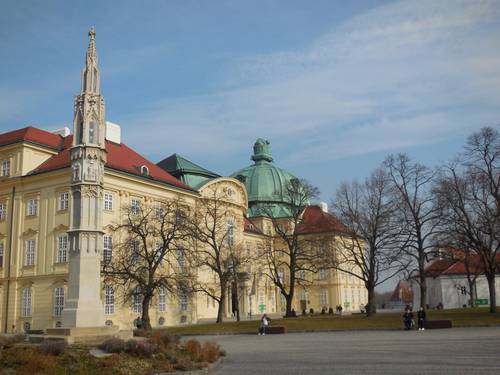 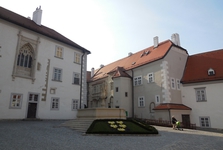 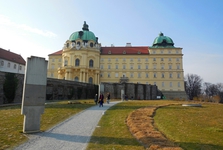 As we chose an individual tour, the door to the most precious sight the altar of Verdun, or cellar frescoes, baroque hall of terrena, and the libraries remained closed. However, we saw wine cellars in the underground. Until today famous local high quality wine has been produced here. 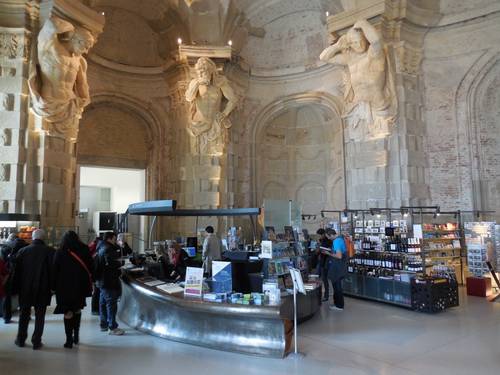 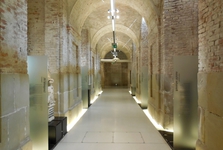 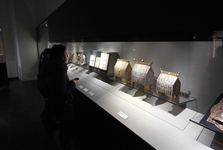 During our tour in the onastery we met many monks who live here and make the whole compound alive. When talking to one of the we had learned something about monastery’s history. Klosterneuburg was founded in 1114 by Earl Leopold III. Since 1333 Augustinians has been living in the monastery, they are a monastic Catholic order. The monastrery experienced armed invasions, architectural enhancement as of order by Charles VI, and it was also seized by French or German soldiers. For us it wasi nteresting to learn that the first wine tasting school in Austria was founded there. And that in Kiesling Sanatorium by Klosterneuburg died poet Franz Kafka or famous Austrian car designer Hans Ledwinka was born there. Full of impression and new knowledge we moved to monastery gardens.

In the armful of flowers 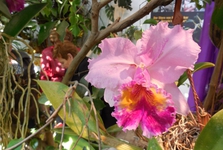 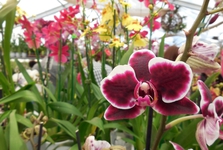 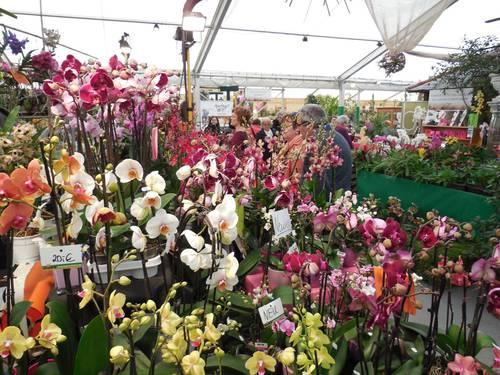 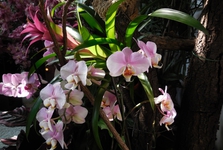 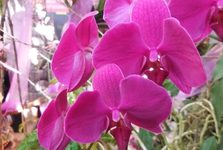 Every year in the first half of March there is a flower exhibition. One year roses are exhibited and the orchids in the other. We were lucky to be at the right place in the right time. We couldn’t miss the orchid exhibition. It was one of the most aesthetical experiences we have ever experienced. Just imagine it - 1 800 m2 where you are enchanted with colors of flowers from all around the world. You see rare and exotic species, you roam among creative works of artists. Moreover, the exhibition is divided to a part where you can admire wonders of nature and the other part where you can shop. It is hard to resist and you will most likely buy a flower of two. Suddenly, however, you will have hands full with orchids or all kinds of seed. Great thing about such an exhibition was that we could share our experience or ask experts for some advice. They were happy to answer and gave us much advice. We were excited but we had to leave this paradise, the last thing on our trip. 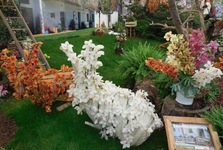 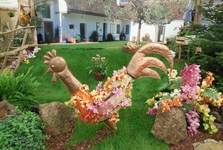 We had nothing else to do that to go home. We promised we will see the rose exhibition next year and also other parts of this unusual town and the monastery compound which has the same name.

Austria, Vienna - metropolis with nobility I.

Published: 28.1.2023
Vienna, a capital of Austria, belongs to most attractive European places of interest, from tourist point of view. The wealth of historical monuments, a great number of architectonical sightseeings as well as many actual topics - all these places, joined with famous names and its stories or legends, make from Vienna a pleasant and always different target for any visitor.