The town of Vent is an ideal goal and also an initial place for tourism. During winter, skialpinisists will enjoy it, in summer it is suitable for tourists. Well, you cannot forget to prepare yourself before the hike (clothes, equipment, or information on weather). 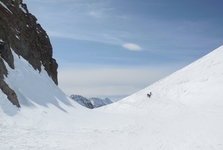 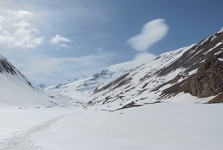 A way to Ötzi is very difficult. After you finish it your tiredness will disappear. You can plan difficulty of your hike. We decided to go through Niedertal valley to the alpine cottage Martin Busch Hütte. It is interesting that every year sheep go through this valley from Austria to Italy It is a 12-hour long curiosity that catches attention of locals and foreign visitors as well. Because the crossing happens in September, we didn’t see it this time. 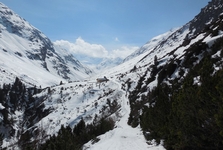 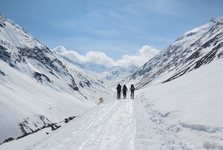 After a night spent atMartin Busch Hütte, we had several options where to go. One road led to the Alpine peaks such as Marzellkamm, Kreuzspitze or Saykogel. But our goal for the day was Ötzi! So we set off in the direction to the glacier with the peak of Similaun, where a cottage of the same name is. We got to the area where Austria and Italy shared the border in the altitude of 3000 meters. 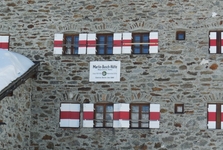 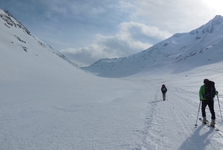 We went along tourist paths. Our best friend there was our GPS navigation and several expedition groups in front of us who made the way through for us, unintentionally. The whole path was very steep and dangerous. Despite this we arrived safe and sound to a stone barrow that marked the place where Ötzi the Ice Man is located. Later we had learned that his actual place of rest was 70 meters further. 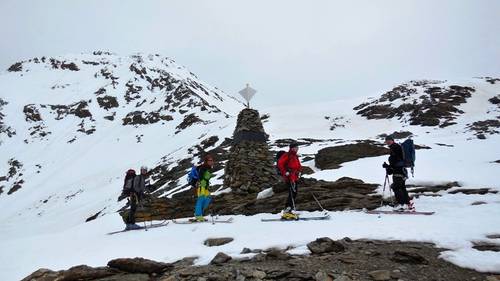 Well, who actually was Ötzi? It was a man who lived in the Bronz Age discovered on 19th September, 1991 by German tourists, Helmut and Erika Simmons. They found him at a glacier in the Ötzal Alps on which the name of their discovery was based. Several museums are dedicated to Ötzi. The most popular is located in Bolzano, Italy. Many publications were written about him, several movies shot. Until today there is an ongoing research that should unveil the mysteries of how prehistoric people lived.

The Ötztal Alps are the most massive iced mountain range of the eastern Alps. It will enchant you not only thanks to its beautiful nature but also by unveiling you a large part of ancient history.

Austria: Großer Pyhrgas – Treat for Those Who Love Alpine Tourism

Published: 10.7.2016
The Austrian Alps posses lure to domestic and foreign tourists. They are attractive and there are many marked tourist trails. The Ennstal Alps are also breautiful and interesting for tourists. One of the main summits of the mountain range is Großer Pyhrgas – a limestone giant rising to 2244 meters above Spital am Pyhrn village.