Schafberg (1 783 m) is a part of Salzkammergut of Northern Limeston Alps. It is located near the city of Salzburg, only 28 kilometers. It is situated on the border of two Austrian states – Salzburg and Upper Austria. The massif of Schafberg emerged in the Mesozoic Era. It consists of sea rocks, limestone of the Jurassic period that has frequent traces of maritime fossils in it. This interestingly shaped mountain is surrounded by three lakes at its northern side - Wolfgangsee, Mondsee, and Attersee. At the south side, the mountain’ s side is not particularly steep, however the northern side is very steep as it would be cut off and on its edge is a cliff – high and steep wall. This characteristic steep slope makes Schafberg easily recognizable unlike other mountains. 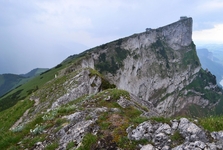 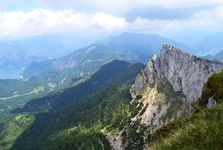 Schafberg – the mountain accessible to anyone
Schafberg is easily reachable from St Wolfgang im Salzkammergut, a near picturesque town on Wolfgangsee Lake. Paths for toursits go to the top, however, the most comfortable way how to reach the summit is by train from the town. This mountain railway was built in the end of the 19th century. It has been in operation since 1893. The 5.85km long track is being used by nostalgic engines from the bottom station of St Wolfgang Schafbergbahn up to the upper station of Schafbergspitze. The ride takes about 35 minutes. At the middle of the route, there is the Schafbergalm station from where you can go by your own up the mountain. The path for tourist goes across green slope that is covered with mountain pine. There are great views to the surrounding. A mountain hotel and a cottage are on the top. You can use local food facilities or stay overnight there. As you can reach Schafberg by train, it is truly reachable by any tourist regardless her condition or age. Schafberg is perfect for schools or family trips. 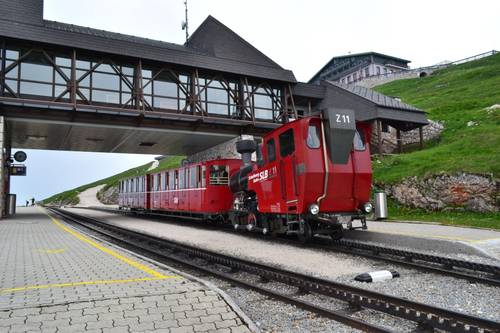 Fabulous trips
Limestone massif looms on the northern side off Mondsee and Attersee lakes. The massif is remarkable sight with its pointed, slightly leaning summit. When seeing the silhouette of the massif, every tourist immediately thinks of climbing up to enjoy the view. The views at the top of Schafberg at 1783 m are truly magnificent and hard to resist. Fabulous, fairy-tale like landscape has turquoise lakes , and high diverse peaks that are nicely visible from here. Schafberg offers fascinating views of local hills covered with pine forests, villages hiding in valleys and along river banks, and the peaks of Alpine massifs. The view from the northern edge of the mountain gives you the view unlike any else on limestone slope with walls leaning vertically down to the foot of the hill. 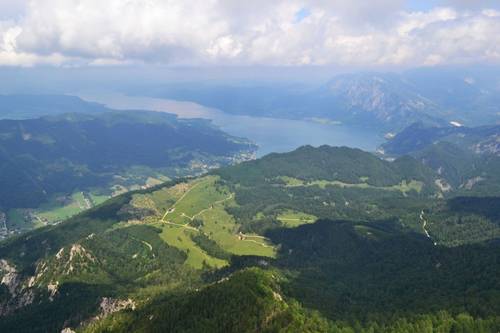 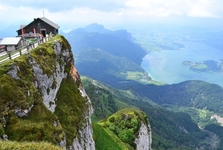 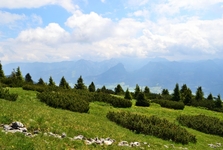 Schafberg is a place of contrasts, and also of animate and inanimate natures’ beauties. It gives you the feeling of awe, freedom, and relax. It is not a typical Alpine giant for its height, however, its great location, and the fact that it is easy within reach as well as beautiful panoramas makes it attractive and popular tourist place in Austria.