en.infoglobe.cz » Austria: Steiermark, the Land of Nature and Locomotion

The tourist trail's northern and southern routes connect the permanent ice of Dachstein and low hills of the vine-growing region in Styrian east and west. Altogether over 60 stages go across all of Styrian regions. Its unique nature and lenght make it unique in Europe. Therefore, we only recommend to try it. The trail takes you to nature and also cultural and historical landmarks as well as interesting places related to gastronomy in Steiermark. It also directs you further toward Dachstein. But also to monumental mountains in the Gesäuse national park or the Hochschwab mountain range. On your way, watch landmarks such as the Admont cloister library, which is the largest in the world. Mountain rail Semmering belongs to the world's cultural heritage. Moreover, there are mountain springs and amusement parks at spa centers. 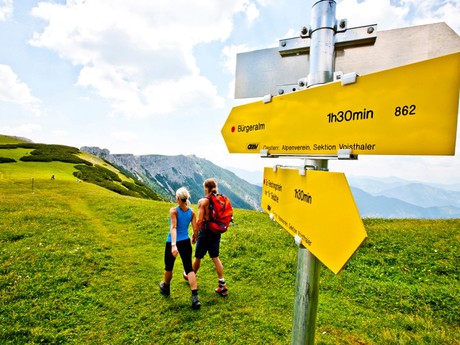 Your expedition starts at Dachstein at almost 2700 meters. Once you pass the permanent ice section the trail spilts. The first part is 548 kilometers long and has 35 stages. It goes down to Bad Radkersburg town where spa centers are located. The second trail is 376 kilometers long and has 25 stages along it. This one goes down to Leibnitz, Southern Steiermark. In case you need some more details, you can take a look at this mapy. 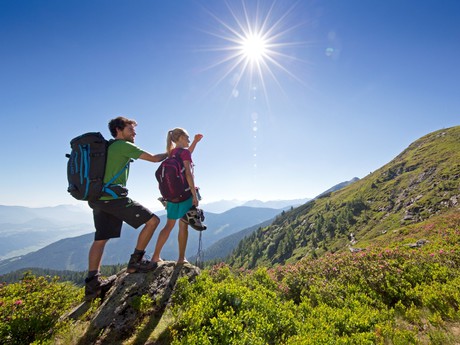 As we have already mentioned vine-growing regions of southern Steiermark we should note that we recommend you going on a bike to fully enjoy its atmosphere. Maybe you ask why? The reason is that your two-wheeled transport allows you to get to know into detail the southern and eastern Steiermark, its vineyards, apple tree orchards, pumpkin fields, and rivers. Also, you can see castles, chateaus and other places of historical importance. This all is easy to experience along the trail of „Weinland Steiermark Radtour“. This 403-kilometers long trail has 8 stages along it. It is possible to make your trip into several shorter ones. More than 30 train stops along this trail allow you to get back on the track fast. This interactive map gives you an overveiw as well as tools to plan your trip. 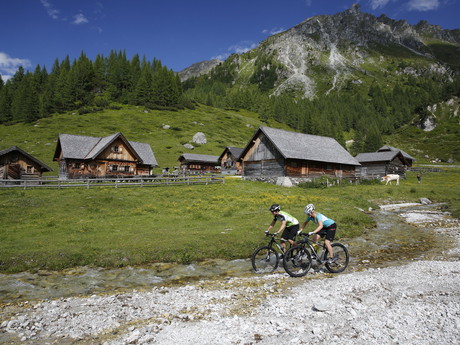 We have good news fro people who like ferratas in Ramsau am Dachstein region, the cradle of secured trails. Last summer, Rosina secured trail in Silberklamm gorge was built. It makes it 19th secured trail in the area. Its location by a streaming river gives you wonderful vista over romantic gorge and the mountains. The trail is accessible via cable bridge which crosses the river. 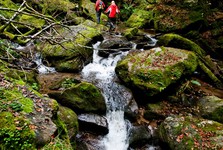 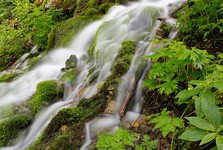 Last but not least, we have a tip for great toll for tourists. It is "Steiermark Touren" app which contains 2400 most beautiful treks in Steiermark. It includes detailed descriptions of individual trails (lenght, time, elevation); and options to plan a trip there and back. Maps can be displayed fullscreen which makes it even more handy. Their high resolution allows perfect recognition of the terrain - either from at home when planning or while you hiking your hike. So far is the app only in German. However, later other languages such as Englishk, Italian, French, Slovakian, and Polish will be included. You can download the app HERE (Android) and HERE (iOS).

We hope this article inspires you to visit, as its lovely nickname says, the land of the green heart.

Austria, Styria: Riding Down the Salza River and Wasserlochklamm Gorge

Published: 28.6.2017
Salza is a mountain river in Styria. The river rises below Goller mountain. Beautiful nature, rapids and the gorge at the lower reaches is one of the most popular and most frequented rivers in Austria.

Published: 30.7.2017
The Schladminger Tauern have good reputation among tourists. This popular Alpine mountain range offers many treking possiblities – from easy to high difficulty. There are crossing of saddles or treks which would get you up to high mountains or ridges. Hochwildstelle pyramid mountain is among the most interesting places to go. It is the second highest peak of the Schladminger Tauern.

Published: 8.3.2018
Today we take a look inside a small national park of Gesäuse. This newest national park in Austria is situated in the north of Styrien. It takes about 4,5 hours to get here from Prague through Ceske Budejovice. There is a valley through which the wild river of Enne flows. Along the river goes a road as well as railroad.

Hartberg is a little town in Styria, a home to 6,5 thousand. It welcomed us in warm pre-Christmas...