To the area on borders of Lower Austria and Styria we travel for several years. Last time we visited the area late last year during Advent. We enjoyed skiing in the Lower Austrian ski resort Annaberg. We, however, headed to beautiful Erlaufsee, a glacier lake located near the village of Mitterbach, which is located on the border between Styria and Lower Austria. Well, it would be a sin if we did not stop even in perhaps the most famous pilgrimage site in Central Europe - in the Styrian town of Mariazell. At that time, there was beautiful Christmas fair. 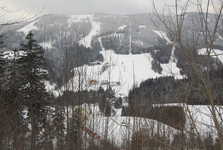 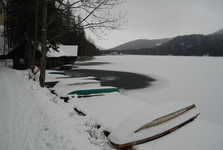 I have to admit that such a strong spiritual atmosphere of the Advent season I've ever experienced before at any other Christmas markets. I do not know if it was because me and my husband enjoyed the romantic atmosphere of Advent without hustle and bustle. Or, perhaps, it was caused by the fact that we were on vacation and our worries were left somewhere in Bratislava. When I think about it, it was probably a combination of both things. Beautiful square dominated by a huge Advent wreath that was hanging above the city well. If I remember it right, the average was as high as 12 meters and was especially interesting due to addition of four large candles intended for Advent Sunday, and had another 20 candles for the days before Christmas. 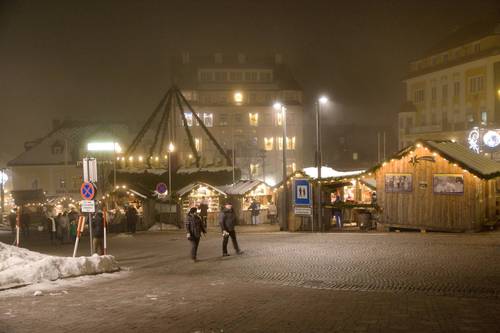 I felt that Mariazell Christmas market is much more than other markets focused on religiosity. But even here were food stands with refreshments that spread amazing aroma of mulled wine, punch, gingerbread and roasted sausages . A supervised at all majestic basilica of Mariazell , which was at the time of our visit even opened. We did not hesitate a minute and we went to look inside. I'm very sorry that it was forbidden to take pictures inside, so I cannot share with you about the beauty that waited for us there. I have never seen something so fascinating in any church. The nativity scene was brilliant addition to magic Christmas atmosphere in the town as well as interesting advent calendar . We all know the chocolate advent calendar. In Mariazell you can admire every year a really unique one. The windows of the house on the square is transformed into a giant advent calendar and every day until Christmas lights up another window, in which, in addition to the numbers appear as an interesting picture . 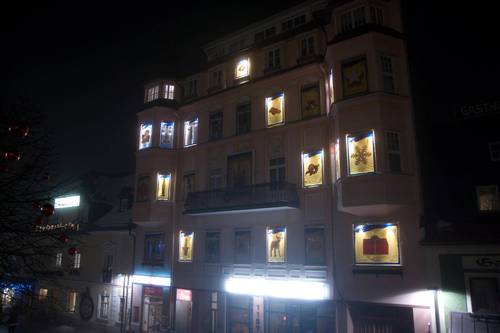 A visit to the Christmas markets in Mariazell was a wonderful experience for us, but perhaps the strongest feelings we took away from the visit of Mariazell Basilica, about which we'll talk more soon.

Austria: Großer Pyhrgas – Treat for Those Who Love Alpine Tourism

Published: 10.7.2016
The Austrian Alps posses lure to domestic and foreign tourists. They are attractive and there are many marked tourist trails. The Ennstal Alps are also breautiful and interesting for tourists. One of the main summits of the mountain range is Großer Pyhrgas – a limestone giant rising to 2244 meters above Spital am Pyhrn village.

Enjoy the vista of Schladming-Dachstein resort, Styria. There are many great spots, perfect down ...