Right at the beginning, I have to say that I regret to admit that we have only a few photos taken outside the church, because inside it is not allowed to take pictures. Unfortunately, even outside photos are not of the best quality because we visited Mariazell every time in the evening after skiing. Conditions for taking photos were not convenient. However, I believe that even a few photos we present you can lead you to imagine how wonderful this building is. 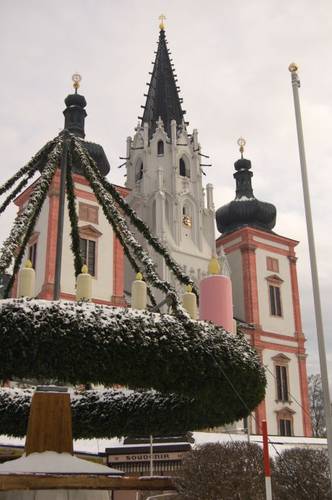 How to get there you can read in the article about the town of Mariazell, which can be found HERE. 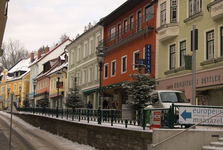 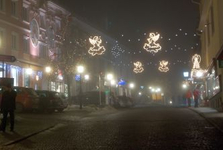 Few places of pilgrimage in the world can boast such a unique history. According to legend was launched on 21 Mariazell prosince 1157th More about what the legend says, and how was the name of the town is also read in the aforementioned article, which you can find HERE. 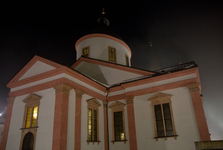 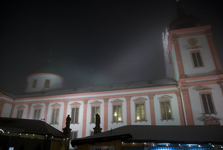 Basilica in Mariazell in numbers

The expansion of the baroque building began around 1644 and lasted approximately 60 years. The original Gothic hall is 42 meters long, 20 meters wide and its height is 19 meters. The total length of the church, however, is up to an impressive 84 meters and width of 30 meters. Not even this unique architectural work avoided the devastating fire. It broke out in 1827. It destroyed the roof along with tower roof, but the interior of the church miraculously remained before the fire fortunately largely spared. Very important historical milestone was the year 1907 when the church was elevated to minor basilica. A year later, followed by the papal crowning gracious statue by a nuncio. 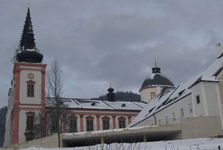 Although only about 2,000 permanent residents live in Mariazell, it is estimated that more than a million pilgrims a year visit it. Even today it is one of the largest pilgrimage sites in Europe.