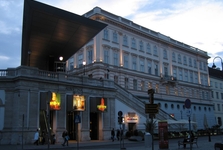 The distance between separate places of interest is minimal. So, you can find here important galleries and famous museums, and all is accompanied with boastful palaces and parks. The walk through historical town-nucleus does not take more than one day, or two evenings, but, anyway, till the time when your steps could not be allured by irresistible aroma of Vienna coffee, gigantic steaks or billboard welcoming you to visit some of exhibitions of real masters of graphic art (this phenomenon became the second home for local Viennese artistic saloons). And just one of those important  galleries is topic point of our article in this respect. You heart probably in last year the following connection: Vincent van Gogh - Vienna. No wonder, the exhibition of this father of expressionism, allured infinite crowds of admirers of art from all over Europe. 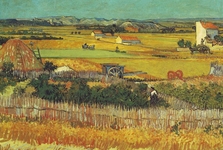 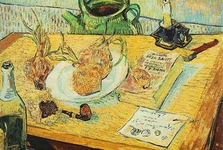 So, a hinterland became at that time Albertinum Hall, known, first of all, owing to its flying exhibitions of giants of graphic art, but also one of best collections of graphic papers, pictures and a aquarelles of the world. This palace, situated at the corner of Hofburg, seat castle of Austrian Emperor, on Augustiner street, accommodated recently famous names, such as Leonardo da Vinci, Michelangelo, Rubens, Pablo Picasso or Rembrandt van Rijn. A part of works of this artist could be admired till 21st June 2009, within scope of exhibition of Netherlands Graphic Art of 17th century. The palace alone belonged Mary Cristine in past, daughter of Mary Theresa and Duke Albert von Saxonia - Teschen, her husband. And this building got the name after this man later - now known as Albertina. The collection contents approx. 1 million of graphic papers, more than 65 thousands aquarelles and nearly the same number of photos. To such jewels belong, first of all, the works of Renaissance painter and art-theorist, Albrecht Durer (only Leonardo da Vinci could be compared with him, according to the importance). 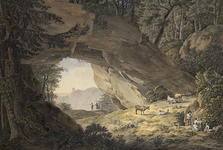 His purpose for details, as well as the microscopical precision of his works could be found in generally known aquarelle „Hare“ of 1502. His skin is presented here with such care that it wakes an impression of reality. This fact was – an branch of graphic art – something incredible at that time. Except this artist, you can admire here works of Michelangelo or Rubens, where is placed the section of 20th century, presented especially with works of Picasso. Nevertheless, Albertina is not classical museum or gallery only, you d

o not find here classical exhibition, anyway, three exhibition halls are offering, all year round, many unique and thematically specialized performances of the best, what history and present time of graphic art could be able to offer. Who is more interested in architecture, he would appreciate a fact, that there were again open for public (after more than 200 years) representative rooms of Habsburgs, Neo-Classical splendid interiors of top time-period of this European monarchy. This building alone undergone several changes within its reconstruction time (1999-2003), including necessary enlargement of the whole complex. In general, the palace obtained its original beauty again. In new wing, along Burggarden side, there are sutuated study rooms and exhibition hall, in the greatest one.

Nevertheless, an author is not only Rembrandt van Rijn, but also his contemporaries, such as Henrik Goltzius, Aert van der Neer, Aelbert Cuyp and other 70 painters of Netherland´s „Golden Age“, presenting visitors the collection of 150 pictures and graphic papers.

Free of charge: children up to six years of age

Vienna is relatively near. You can use for visit also railway connections Supercity or Eurocity

After presentation of your railway ticket, you receive 25% reduction from entry ticket! 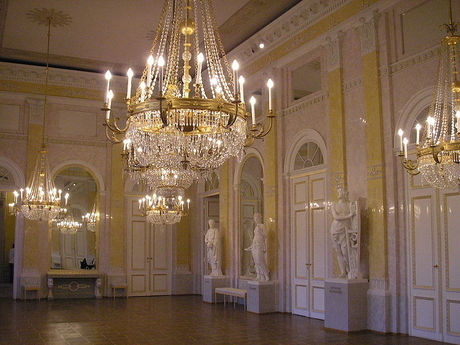