en.infoglobe.cz » Belgium: Antwerp – The Main City of the Country

There are three floors - one underground floor and two floors above the ground. The tourists are interested mainly in the main building. It is made of stone. The floor is made of marble and looks like renaissance work. We are certain that this is the most beautiful train station in Belgium. Even outside you will find this train station amazing. 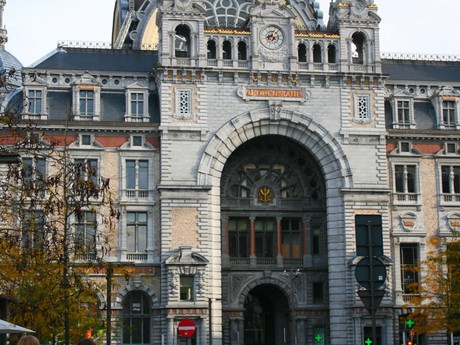 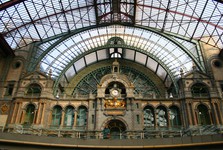 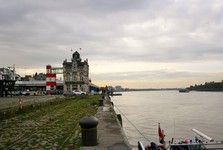 Let's see the very heart of the town - the historic center. The center is close to the train staiton. Towns around these parts are built so one could easily navigate in them. While  you are headed to the city center you pass by historic as well as modern buildings. The market street is very well known. During Chirstmas, you can enjoy true Christmas atmosphere. If you prefer historic center simply continue walking down the street. You will soon notice the dominant landmark of the city - the Virgin Mary cathedral located on the main square. The cathedral is built in the Gothic style. It was never finished. Originally, it had to have two towers. Only the norther tower is finished though. This was due to the fire which destroyed the church. The money they had were used to repair the church instead of building the other, southern tower. See it also from the inside. Its interior is amazing, plus you can see the famous paintings by baroque painter Rubens. You can go everywhere - to altar and, also to get up to the northern tower. 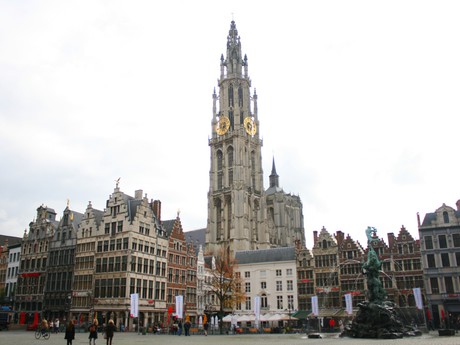 The most famous town hall is situated on the very same square. To commemorate its 400th anniversary, you can visit its interior entirely free of charge. You are going to learn how it looked in the past, who worked there, what decrees were signed, etc. If you consider yourselves a history nerd be sure to take this tour. 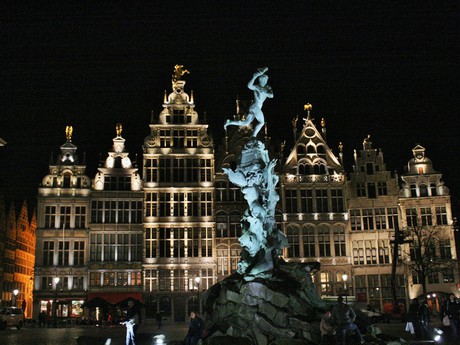 Antwerp is a quite small town. But even a walk down the riverbank is not impossible. The river flows into the sea. This means the town has great location right at the sea. Next to the wharf. The castle situated at the wharf is quiate a surprise. It is not a large castle and definitely not an old one. Still, it is a nice place to visit and quite extraordinary strucutre in these parts. Today, it houses a museum. But this is not the only museum in the town. There are quite many and some are very non-traditional, therefore worht a shot. If you perfer something different, or you have children with you go to Antwerp Zoo. It is the oldest zoo in the country and one of Europe's oldest. It is situated close to the train station and it is home to many interesting animals. 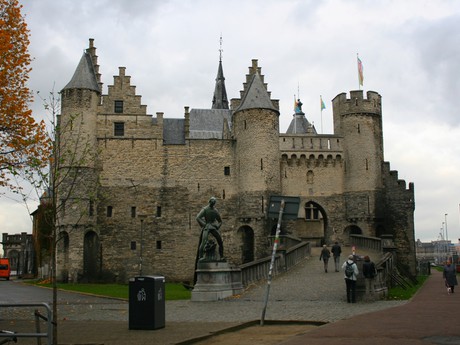 If you are still hesitating if even visit Antwerp, this article should evaporate all your doubts. The town is one of the most popular in Belgium which is quite a reason to visit it. 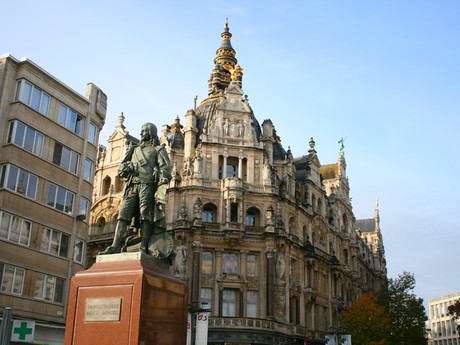