en.infoglobe.cz » Belgium, Brussels: Atomium – One of the Most Popular City’s Sights

Despite the fact that we spent just one day in Brussels, which is really very little on further examination center, we directed our steps into the suburbs. 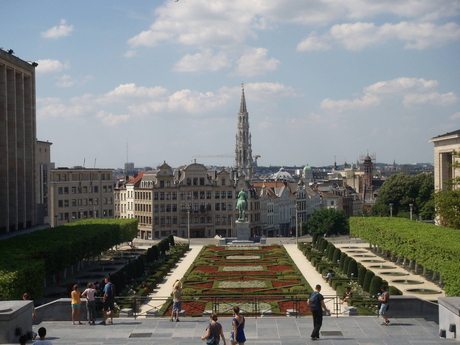 In the northern suburb of Brussels, since 1958 there is a unique monument called Atomium. This huge 102 meters tall colossus of steel and aluminum was designed by engineer André Waterkeyn on the occasion of the then World Expo. Atomium symbolizes a 165 billion times magnified iron molecule. It is a symbol of the atomic age. The whole structure consists of nine balls symbolizing atoms. These are located at the vertices of the cube, wherein one atom is also in the middle. Balls, and also carbon, have up to 18 meters in diameter. They are interconnected by tunnels depicting unseen forces between them. The whole vast structure is placed on the three pillars of the double staircase. Initially all atoms were placed inside different exposures, but today, due to the complex approach accessible to the public only some of them. To be more specific, 3 lower lying balls lye on the twin pillars as well as the lower, middle and the upper ball . In the upper ball is placed quite a large restaurant and an observation deck. Originally, Atomium was supposed to be dismantled after the exhibition, but fortunately it did not happen, and so we can admire it today. 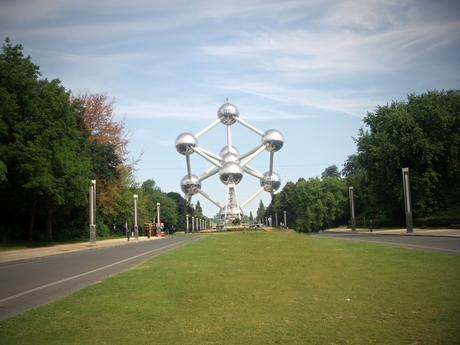 Small models of Atomium are in every souvenir shop in Brussels 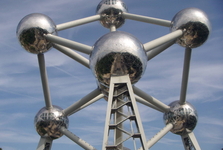 Near Atomium, there is recreational edutainment zone called Bruparck , which belongs to the best in Europe. It is nestled in a pleasant park and you can find there, for example, Mini Europe Park where you can admire some remarkable miniatures major of attractions of the member states of the European Union (e.g. Slovakia is represented by Blue church in Bratislava), or huge cinema-palace Kinepolis, Le Village resembling Disneyland or huge aquapark Océade with numerous pools and water attractions

Our short visit to Brussels was, however, slowly over. These few hours but we did not spend just exploring the local attractions, but also tasting the local specialties. Therefore I have to briefly mention some of the goodies that we have tried.

What you should try to taste

Brussels cuisine is very diverse and because it is the metropolis of Brussels, the European Union, as well as a dense network of restaurants and cafes offering the best of Belgian as well as international cuisine, so you will not stay hungry. You should definitely taste the mussels with fries, or the famous Belgian chocolate. Local specialties include a river eel in green sauce, vegetable-potato mash, or fish dishes with cream and egg sauce. When you are in Belgium, you should try waffles (gauffre). According to locals they are the best with sugar on them. And at the end of your stay there, do not forget to have a glass of beer. Beer is for Belgium the same as wine for France víno.