In the previous parts of our story in Belgium we have visited an ancient town laying on the conjucation of the Scheldt and the Leie – Ghent, one of the most romantic places in the world – beautiful town of Bruges, as well as the second largest city in Belgium –Antwerp.

Brussels – the metropolis of the European Union

For exploring Brussels ii is good to set aside at least a few days. Another important equipment the tourist need is a good tourist guide and a good map that you along with advice from smiling locals will always bring you to the site you need to be at. It is also good to have a pre-determine what all you want to see in the city, because if you do not have everything pre-planned, you may very easily to miss anything you would like to see. We spent only a single day in Brussels. It is hardly enough for a thorough review of this unique city.

Tourists sights you have to see

City tour is a good start to square Grand Place , which is one of the most beautiful in the world and since 1998 it has been included in the list of UNESCO. Dominated by the Gothic town hall built in the 15th century. Its tower is 96 meters high, and on it is place placed a statue of St Michael, who is considered the patron of Brussels. Every two years the square creates a beautiful flower carpet called "Tapis de Fleurs". 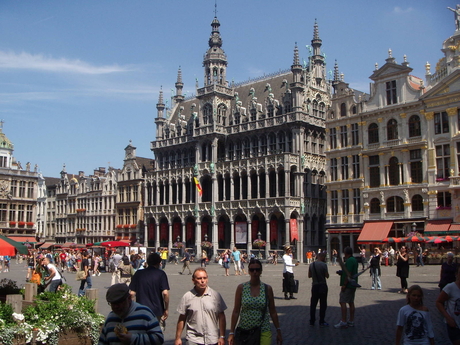 Next stop, which you will also see while in Brussels, is the Manneken Pis statue around which are constantly many tourists. The statue is located about 250 meters southwest from Grand Place. According to the legend, this little boy managed to escape from a house in fire and today he is mascot of Brussels. It is interesting that over 800 costumes were made for the statue of Manneken Pis. However, all of them are now in the town museum. Not all visitors know that there is also another statue. A statue of peeing girl - Jeanneke Pis , which can be found about 200 meters north of Grand Place square. And to make matters worse, only relatively recently, in 1998, was added a statue of peeing dog - Zinneke Pis . 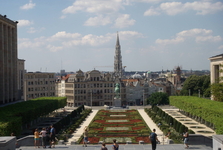 Lovers of history, but only them, will be charmed by a visit of amagnificent gothic cathedral of St Michael . Its construction took lasted incredible 2 centuries (from the 13th to the 15th century.). Looks truly stunning. Its towers reach up to 69 meters and have a great view of the nearby historical center. Very interesting is the carved wooden pulpit, which dates from 1669. 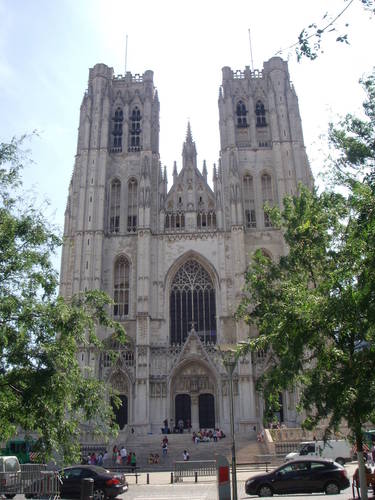 Also, worth mentioning are the first roofed shopping arcade in Europe - Passage of St Hubert , Laekene royal castle , Botanical Garden , Palace of Justice , or the building of the European Parliament, European Council and European Commission. However, entirely different atmosphere is in those buildings than in the rest of Brussels. You could say that there is literally feel politics and law, which are emphasized by ubiquitous men in jackets and ladies in costumes.

Since 1958, tourists have been also visiting Atomium, a very interesting building about which we will learn more next week.