en.infoglobe.cz » CZ, A Trip to Quarries near Beroun

You can comfortably park near the entrance to the Koněprusy Caves. The Golden Horse nature trail also begins from here. A tour of the Koněprusy Caves is an interesting addition to the trip, but today we will go elsewhere. You will be the first to be interested in the Devil's Stairs quarry, where limestone is still mined. 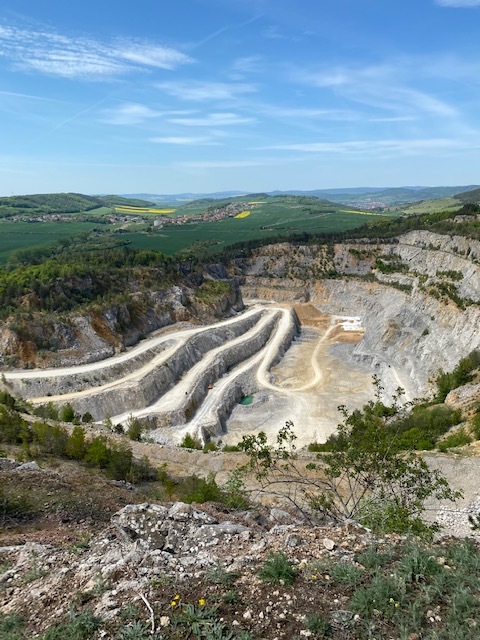 The trail will acquaint you with the geological past of the surrounding area, old limestone quarries and their revitalization, local paleontological sites, fossils and the flora and fauna of the Bohemian Karst Protected Landscape Area. The route will take us to the Kobyla nature reserve and the quarry of the same name. The first section of the trail leads to the top of the Golden Horse, from where there is a beautiful view of the surrounding area. This is followed by a steep descent from the Golden Horse to the Houb Quarry. The trail is not long or difficult, it has 11 stops. 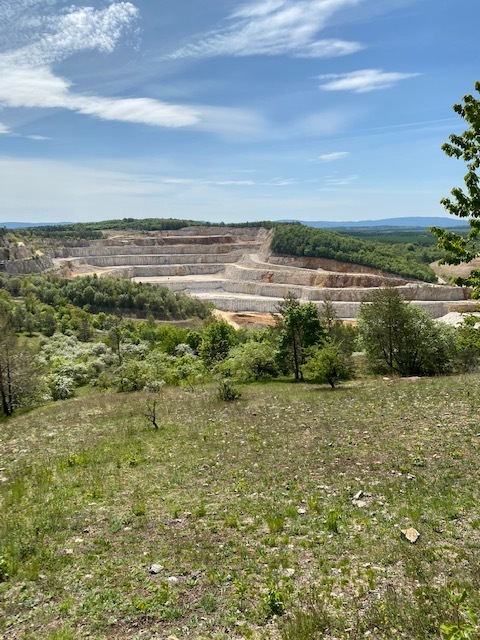 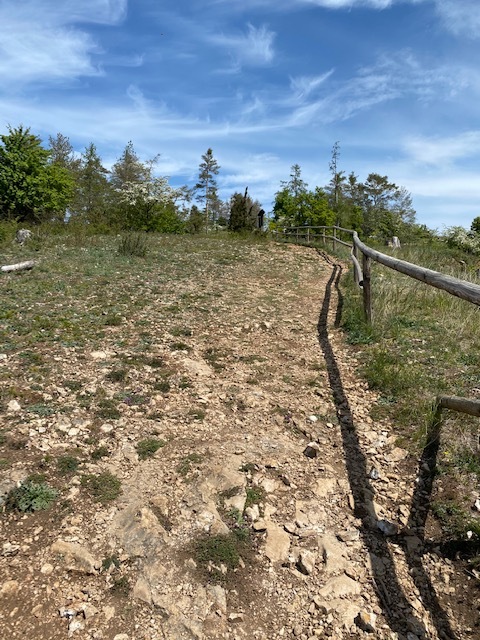 If you do not have children with you, you can go even further. You will not get to the Homolák quarry along the green hiking trail, because the trail is still fenced. Following the green path, you can get here only from the nearby village of Vinařice. So we chose the path along the road, from which we turned into the woods and reached the quarry on a footpath. 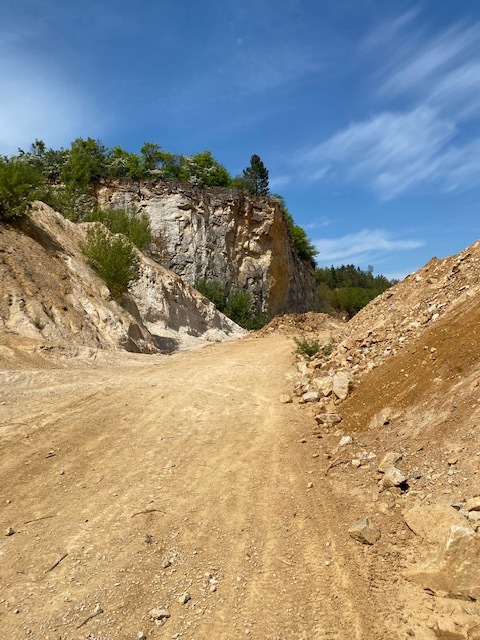 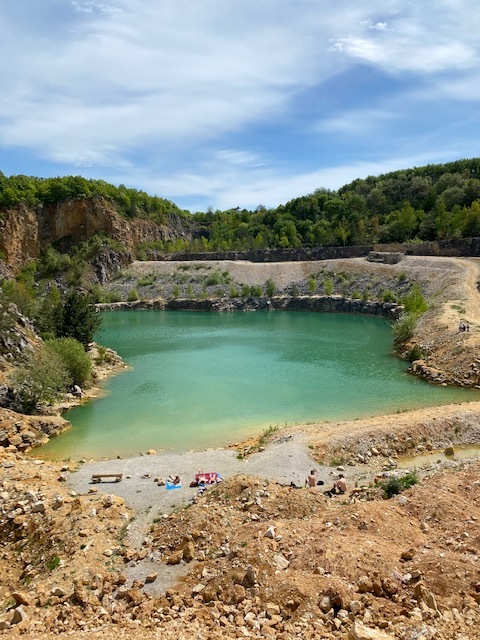 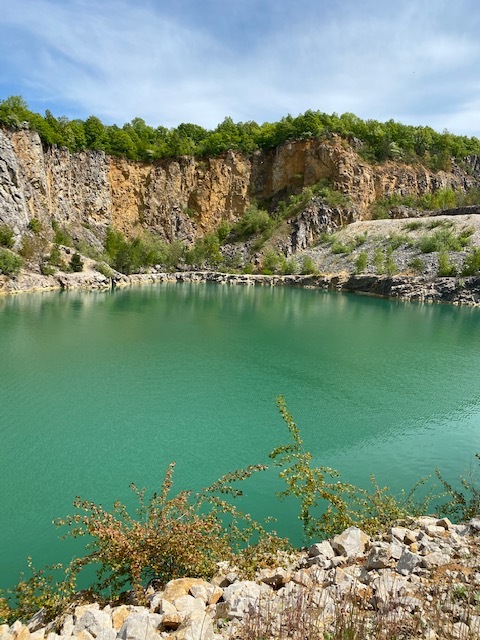 Homolák was originally without a permanent lake. However, the natural karst outflow from the bottom of the quarry gradually became clogged, so it was flooded. Although entry is officially banned, a large number of people come here. The main reason is the clear water, which attracts some to swim, others only to sunbathe on the shore. Others spend time on a motorcycle and roam the adjacent hills. We'll take a look, take a few photos and rather set out soon. We chose it over the Kobyla quarry, we walk through a tunnel, behind which it is usually quite busy on the rock walls. It's a great place to climb.

Next time you can change the route, the quarry Kosov, Plešivec or Alkazar are also nearby. And you can combine a walk with a picnic in one of the accessible quarries.