The Royal Town of Beroun

The tower can be reached from several places, the most interesting tour begins at the railway station in Beroun and is marked with a blue tourist sign. The route leads through the historical center of the town. On the way to Hus Square the trail goes along the remains of the town fortifications. There are also two gates - Pilsen, guarding the upper end of the square, and Prague at the lower end towards Beroun. The Prague Gate was preserved in its original Gothic form, the second one was modified after the fire which broke out in the yar 1735. Both can now ascend and look at the city from a bird's eye view. The Museum of Czech Karst also houses the square, offering visitors an exhibition devoted to the nature and history of Berounka. The museum is located in the historic Jenštejn House. In the yard there is a geopark with exposed pieces of rocks from the Barrandien area as well as a gallery for occasional exhibitions. 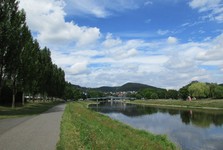 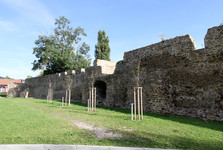 St James. The trail leaves the center and rises to the Chapel of Our Lady of Sorrows, on the top of the town. It was originally

built above the spring of miraculous water in the year 1724, restored according to the design of the architect Josef Mocker in 1894-1895. From the chapel, the route goes up to the radiocommunication transmitter, from which a beautiful view of Beroun opens, then continues along the ridge to the lookout tower.

The lookout tower itself is 12 meters tall and is built of white bricks made in the nearby Kralovuv Dvur. It looks a bit like a tower of a Neo-Gothic castle, including the battlements. And the outlook is better today than it used to be. It was agreed to arrange for the stripping of the forest stripes, so that those who ascend to the gallery of the tower will open on one side the view of the Kraluv Dvur and the other on Kozova Mountain above Kladno. 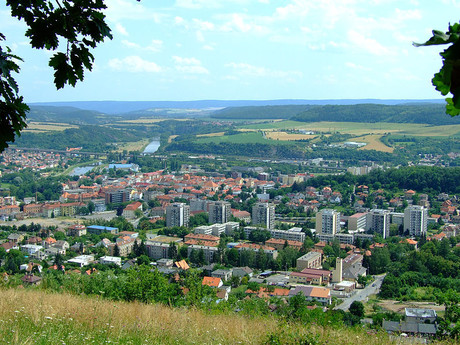 This is the first lookout tower built by the Czech Tourists Club. In addition, the site of the fossils from the Ordovician period extends. The tower is accessible without restrictions and free of charge.

A trip up to Ded lookout tower can also be combined with a walk through other interesting places in Beroun surroundings. You can return to the city on the red hiking trail. After the journey, you will pass Mark's Well and the forested valley will go to the place where the famous conductor Vaclav Talich bought the property in 1936. Part of the valley was even named in his honor, and there is also an educational trail. From Talich's villa, it's about two kilometers to a square in Beroun. 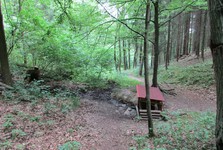 From Ded trainstation it is about 4 kilometers along the blue tourist trail. The trail leading back is of similar lenght. The tower can also be accessed from nearby village of Hudlice.

Mestska Mountain and Its Bearish Dwellers

On your way to Ded you can also hike to Mestska mountain. It rises up to a height of 290 m above sea level and besides the lookout tower made of reinforced concrete and the forest park with children's playground there is also a bear farm. The first local dwellers here are Vojta, Kuba and Matej who are known from short children stories made by director Vaclav Chaloupek. 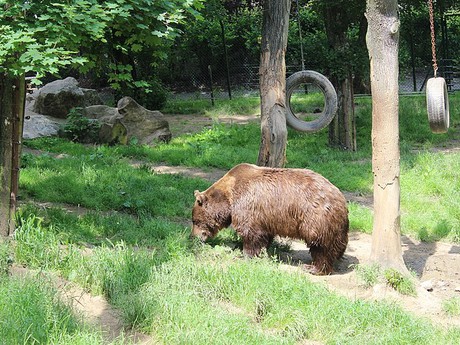 Another pleasant place suitable for walks is Na Ostrově. The confluence of the river Berounka created a river island on which a winter stadium and an aquapark are situated, along the river can be reached up to the confluence of Berounka with the Litavka River. 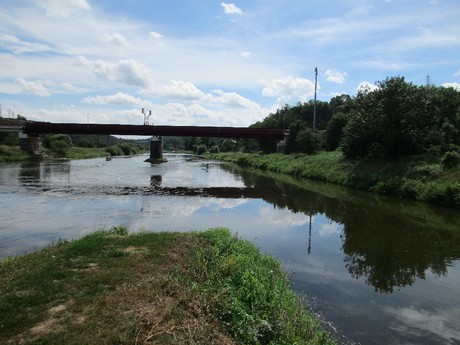