Bezděz Castle can be presented as completely unique, as it is the only purely Gothic castle in our territory. Since the time of its founder Přemysl Otakar II it was not rebuilt and no dramatic repairs took place here either. So we approach the castle, which has the real Gothic "genius loci" and we remember the young King Wenceslas II, who was imprisoned here. If you come here by car, use the parking lot in the castle grounds and then get off the well-marked path. 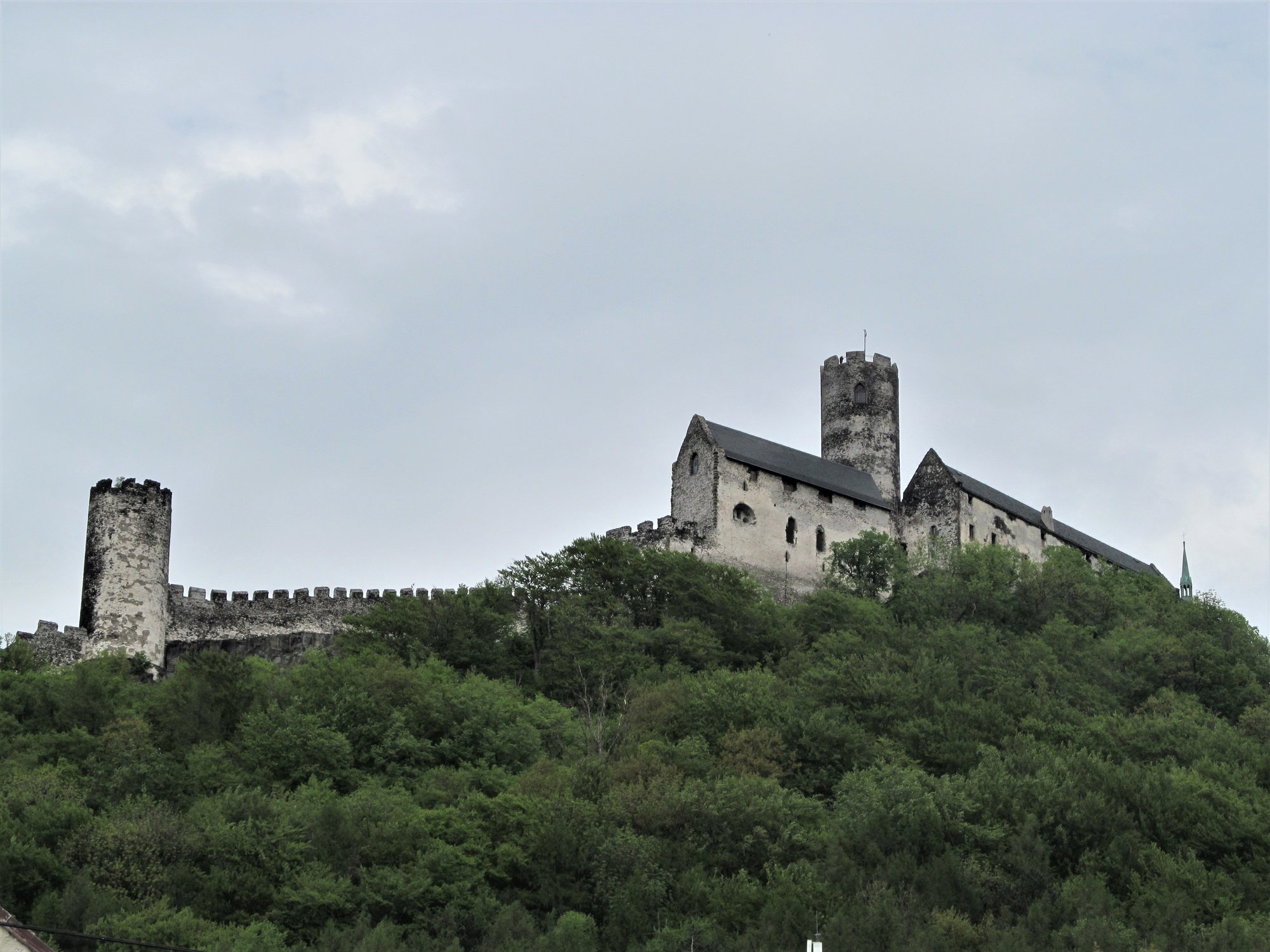 So now we climb the 604 meter high hill. We are only at 470 meters at the first gate, so we still have a nice piece left. Save energy and prepare for a relatively challenging journey with smooth stones. Take extra care in several places to avoid falling off a steep slope. At the third gate there is a turn to the left, which you can, if you are a little adventurer, use on the descent so that you do not go the same way. This trail is not very well maintained and is very steep in several places. However, if you choose this footpath, you will turn left in the saddle and walk back to the castle grounds, or you will look at the opposite hill Malý Bezděz. 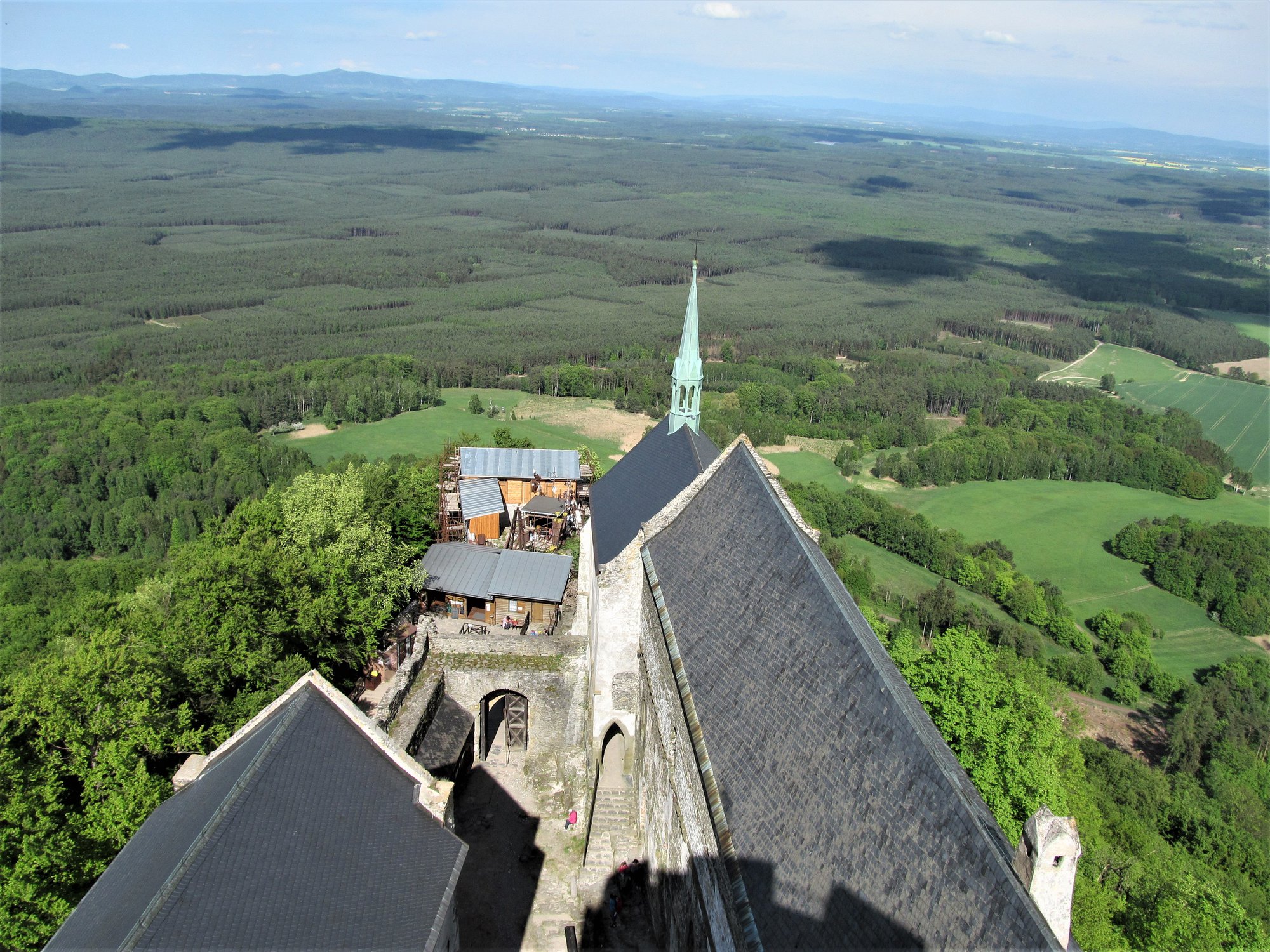 We move on behind the third gate. In some places, watch out for children, because some edges of the walls do not have railings and there is a risk of falling. Where they put the railings, it also doesn't seem to keep a stout man. However, the road is wide enough, but again with slippery stones that could cause problems in the rain or with unsuitable shoes. 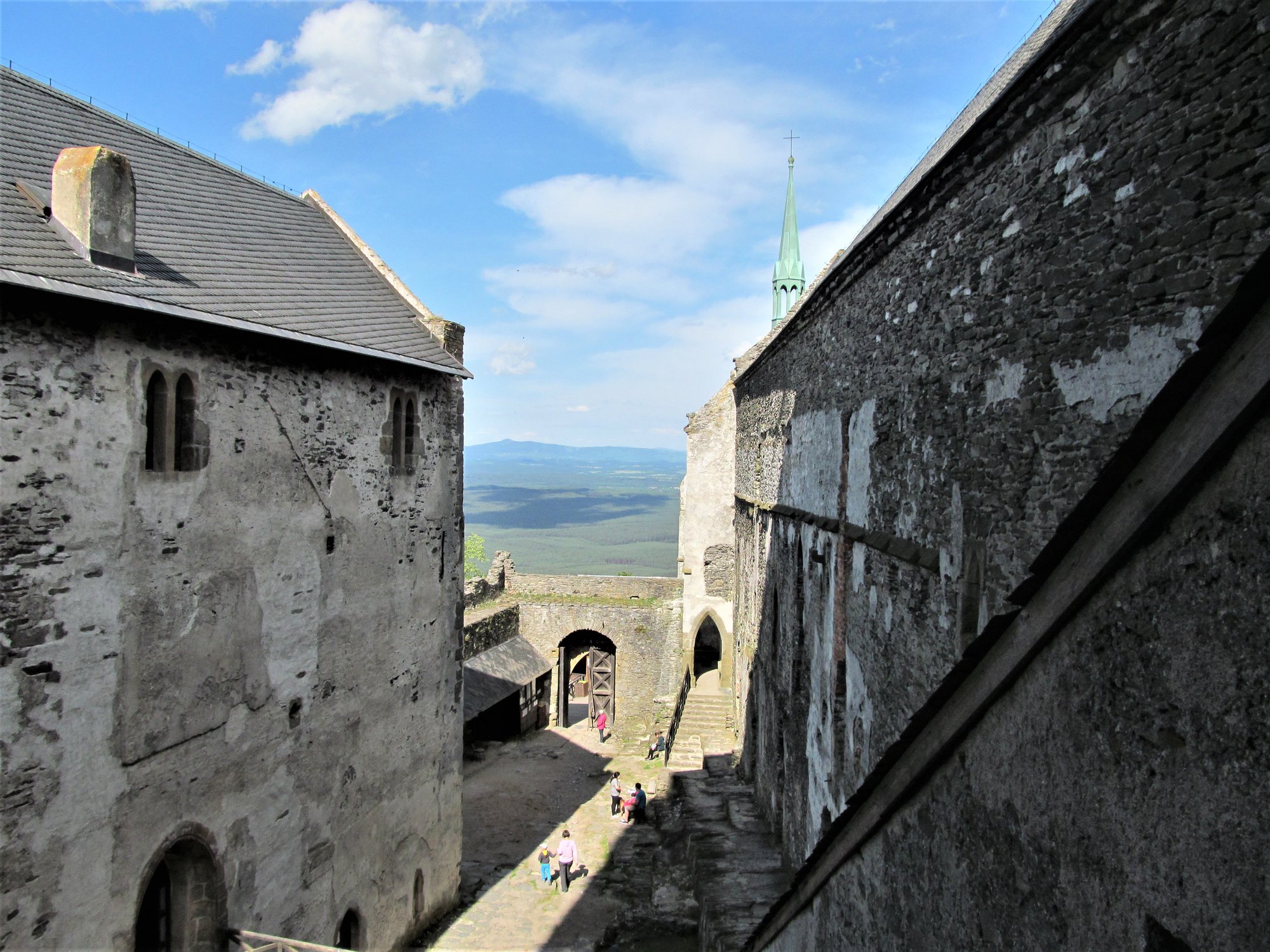 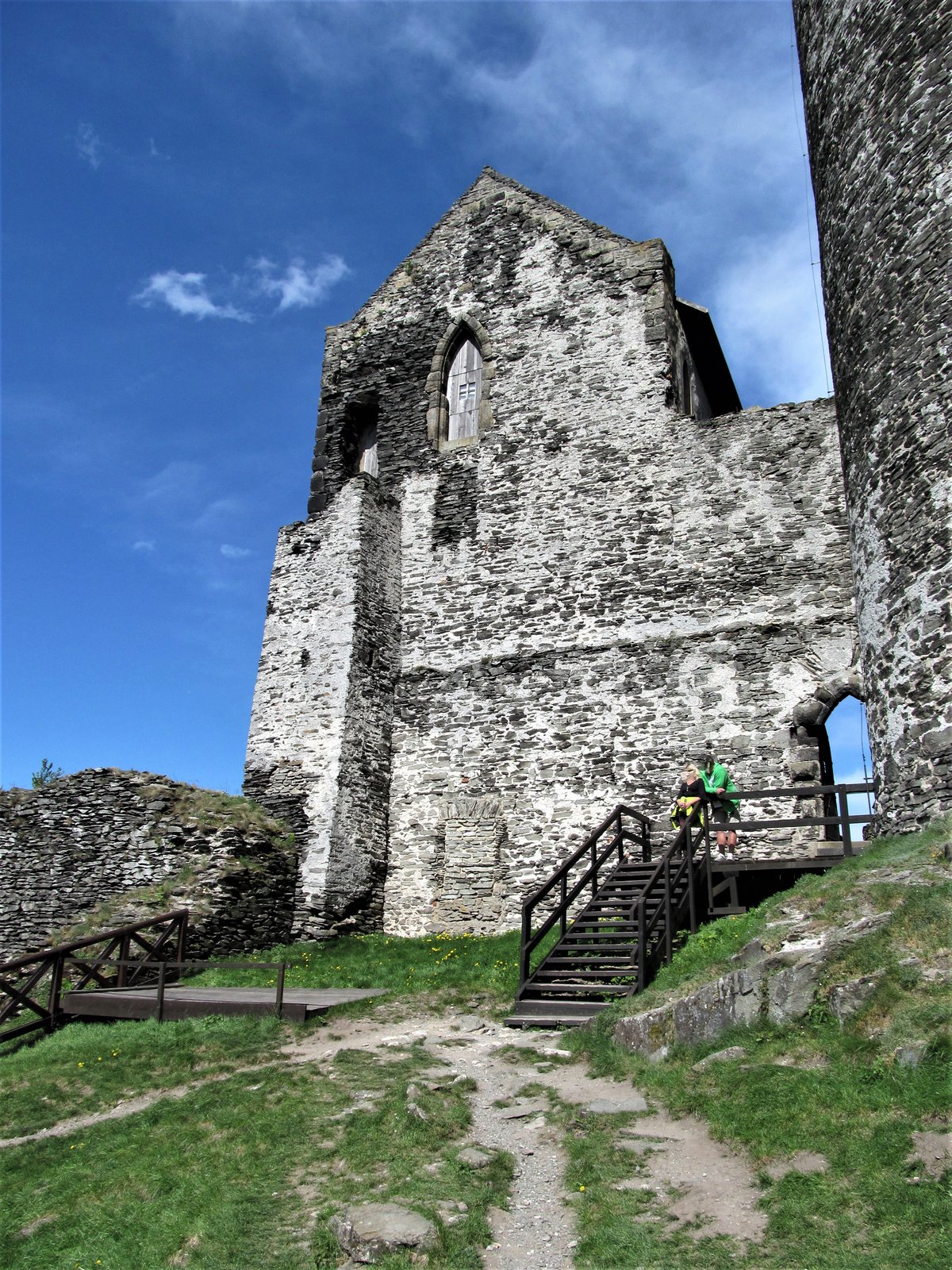 At the castle itself, an amazing Gothic chapel or royal palace on the left awaits you. Behind them is a staircase, which takes you to the castle tower. To the right is the burgrave's palace, in front of which they dug a water tank. From here you can go through the gate to the second courtyard, where there are two more palaces and a view of the rest of the castle. 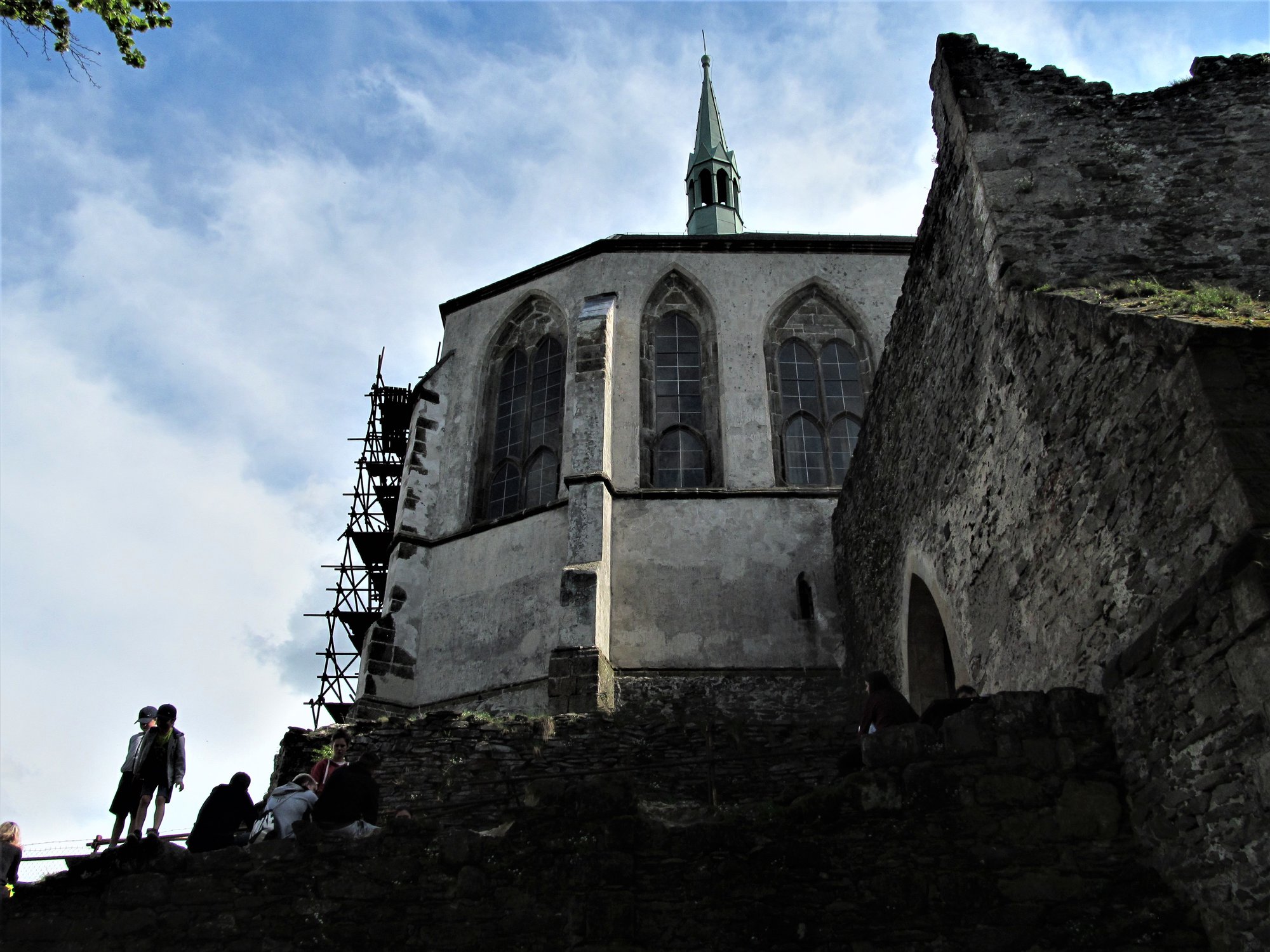 The most beautiful view is, of course, from the large tower, from which we can see the entire Macha area. On the south side, notice Houska Castle. From the northern point of view, it is worth mentioning Ralsko and Mácha's Lake. 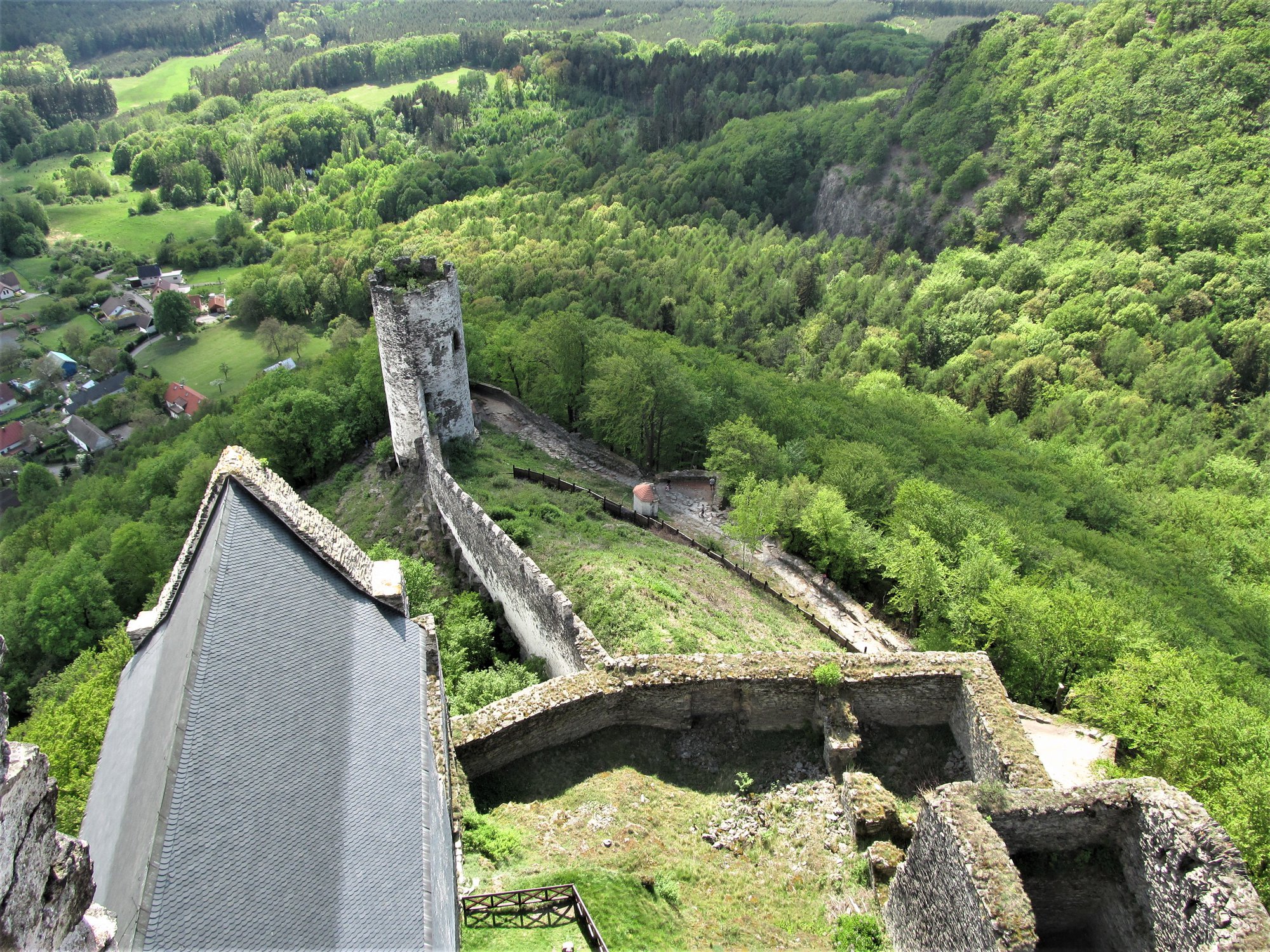 Another interesting fact is that you are also looking at the region of the comic book Four Leaf Clover. Doksy is Třeskoprsky (where the Four-leaf Clover Museum is also located), Mácha's Lake is Blaťák and Bezzub Castle is exactly where you are.