First of all, there used to be a small stronghold made of wood. Nobleman Vysemir used to live there. In the 14th century, there was a great reconstruction which turned the small stronghold into a castle. However, its characteristic design came with the Kingdom of Bohemia’s greatest burgrave Zdenek Lev z Rozmitalu. He added edifices and rebuilt the castle. Several owners had then followed him until the 18th century. Then the Hildprandt family settled down at the castle. They have owned it ever since. 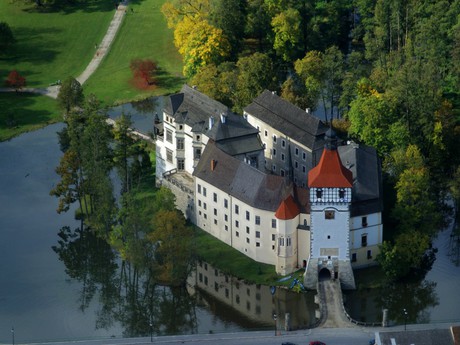 It is not difficult to find the way to the chateau. Parking is also uncomplicated as you can leave your car in front of the castle. Once you cross the stone bridge and walk through the gate at the tower you reach courtyard. There you can choose either to take a tour or head right into the park. 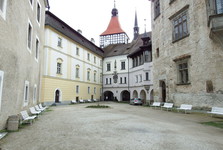 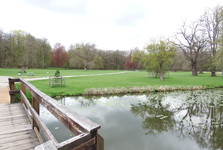 Every tour takes 60 minutes. They take place in Rozdrazovsky Palace. Here you will take a glimpse inside the „African chamber “ that is mostly about Ethiopia. They legally resettled there in 1958 for their property was confiscated after the Communist coup. In 1990, it was returned back to them. All kinds of swords, hand-made baskets, paintings or a black cupboard and Japanese porcelain are all there. Next you see the family gallery and a saloon in Empire style. There is even study of J. E. Purkyne. He spent his studies here as a teacher.. 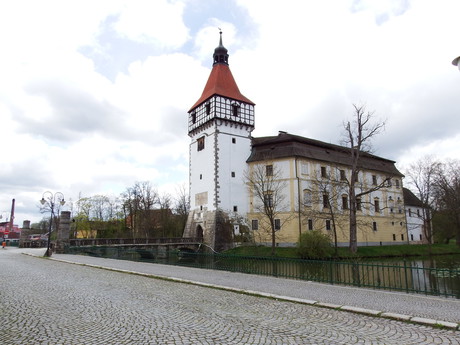 Frantisek Hildprandt was a fervent hunter. His trophies hang in the hunter’s hall. Pelts and antlers hang on the wall. Armchairs’ frames, table and weapons’ stands are made from the latter. However, one room is hardly sufficient to display his devotion. Therefore, antlers, sea lions’ heads or stuffed eagles hang even in the walls. 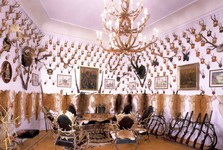 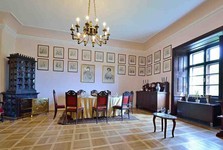 Should you consider this our short, you can have the extended tour. It takes you to the Green Chamber or chapel. Or if you have children coming with you, you can pay for a shortened tour. People who love mysteries will also find some at the chateau as night tours (only in summer) are offered there as well. 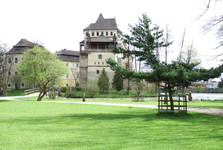 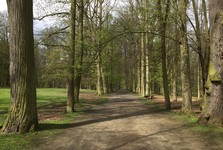 Despite the chateau is open only between April and October, you can go to the park through the entire year. F Hildprandt turned former game park partially to an English-style park and partially it remained the same – there is forest and what remained of all gold panning site. Its many alleys and paths make the place really interesting to explore. Fallow deer are the biggest attraction here. And they are not shy. You can buy some fodder at the box office. They will eat it right from your hands. 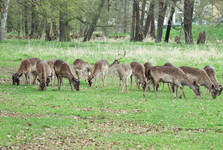 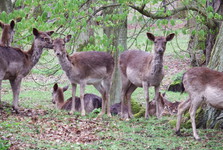 Surely, you’ll notice a beautiful house in the Empire style. It has a double bullnose staircase. The Hildprandt family lives there. However, they plan to move back into the chateau (its middle-section). It is right next to Rejt’s palace. Soon the palace will be renovated. Colorful peacocks add to the atmosphere. They move freely around the house. 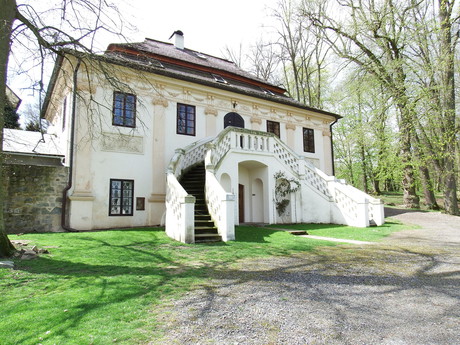 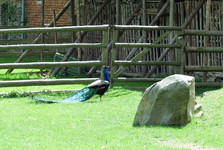 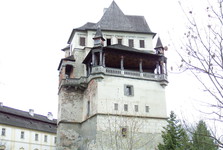 The more you walk around here the more familiar feels you will get. No wonder. The comedy Bila pani and the fairytale Silene smutna princezna were both filmed here. It was on this lake where Helena Vondrackova and Vaclav Neckar sailed on the boat... 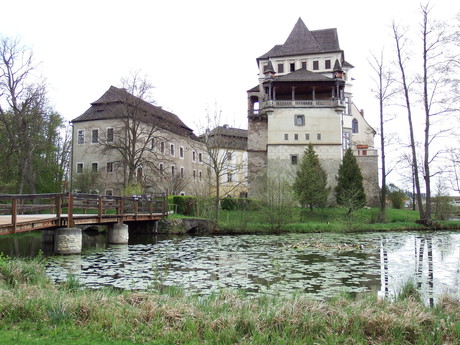 Blatna is not the only sight around. Should you have time, go to Breznice chateau, Baroque chateau of Chanovice, or St John the Baptists church, Pastiky.