Published: 5.9.2019
If you love rock formations, beautiful nature and excellent vistas, then the region of Hruba Skala is a great choice for you. 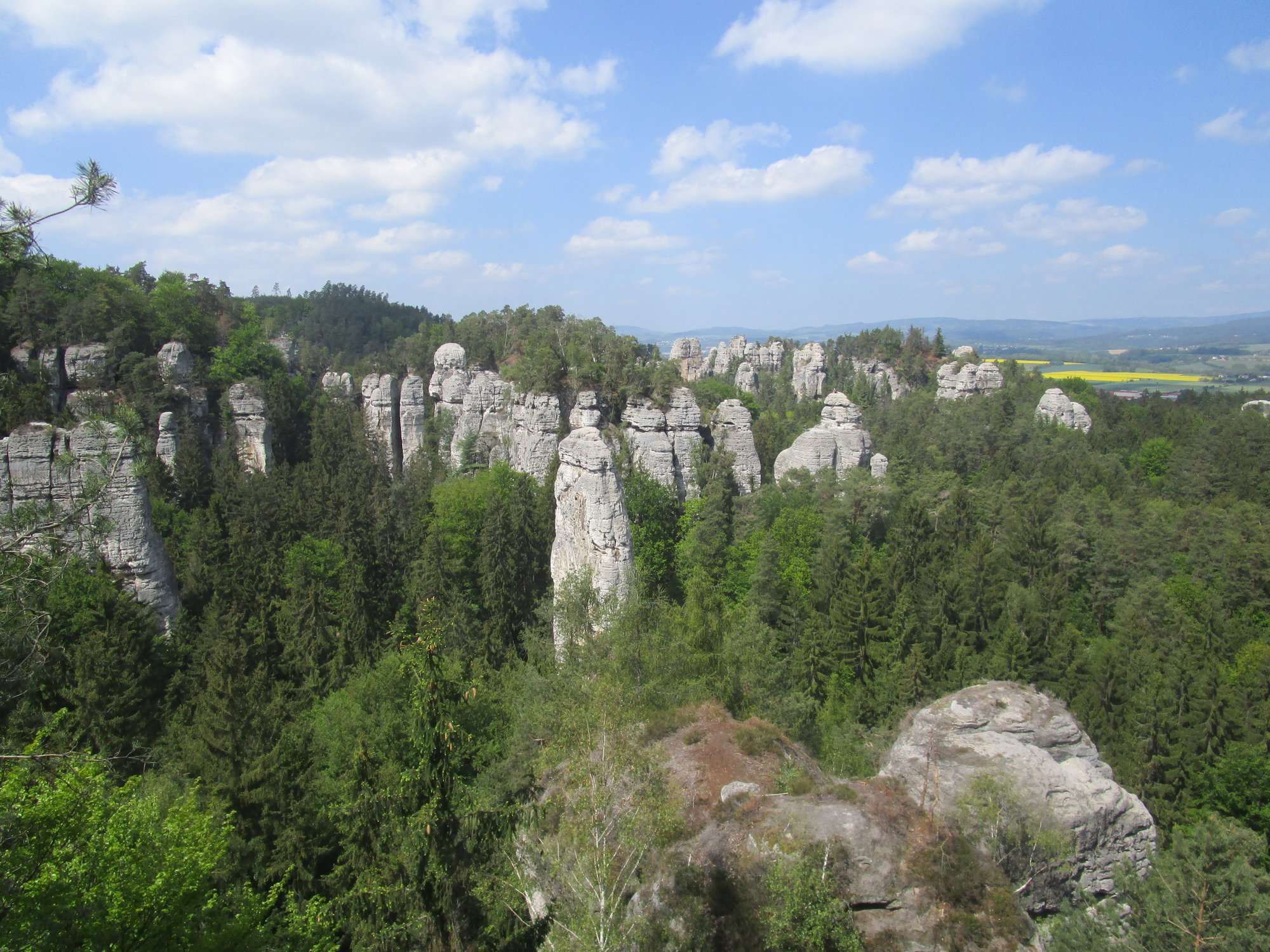 The trail is located in the Bohemian Paradise, near Turnov. You can park in the romantic but unfortunately closed spa Sedmihorky (at the weekend for 50 CZK). Then head uphill along the green nature trail. Along the way you pass the rock tower and the shelter Osudová. St Prokop´s statue, a historical monument from the time of the Wallenstein estate from 1735. With the assistance of the ubiquitous rocks, you will reach the mysterious passage of the Mouse Hole, which will lead you to the romantic Hrubá Skála chateau. 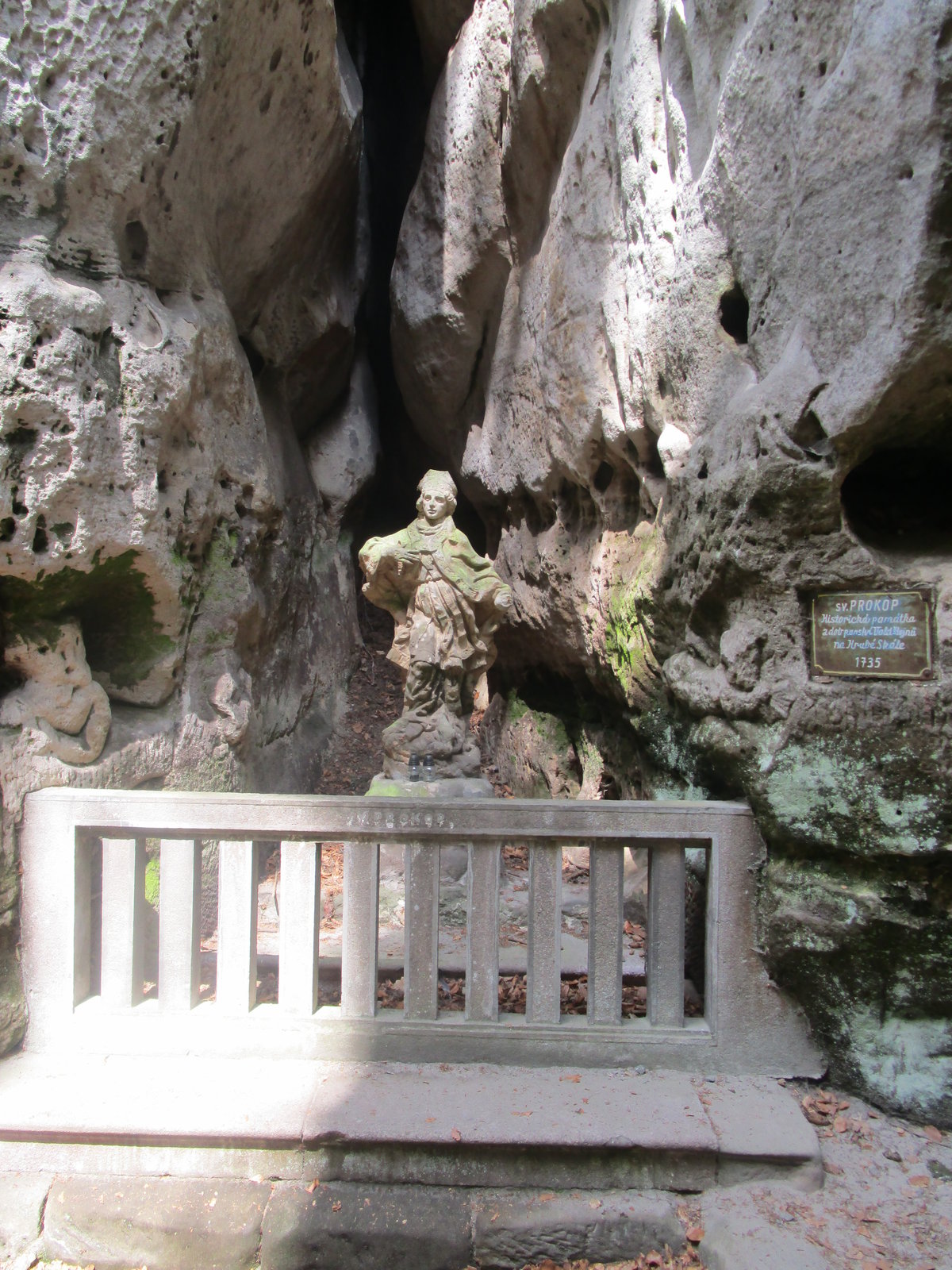 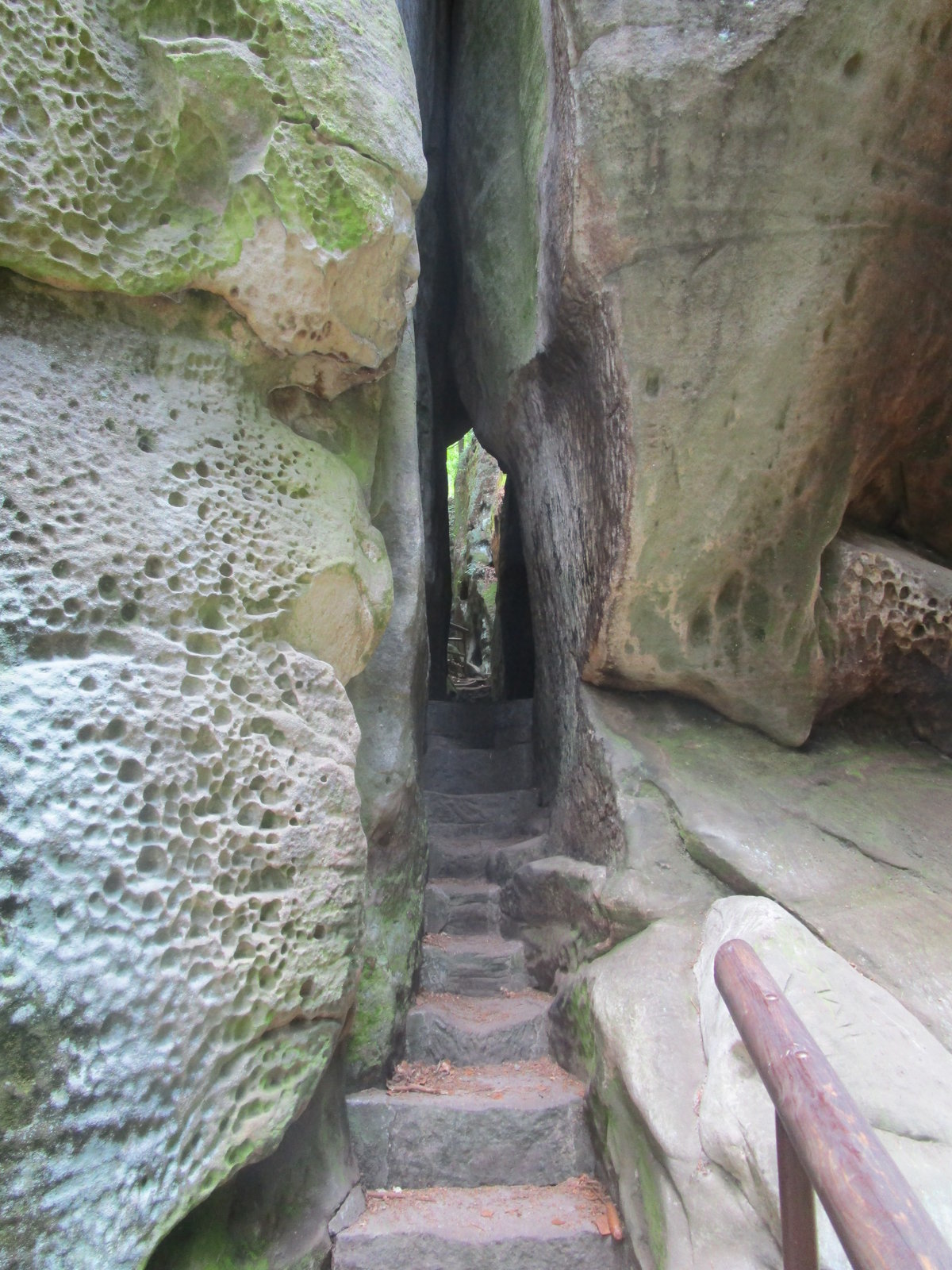 Originally there stood the Gothic castle Skála, which was in the 16th century by the Smiřický family modified in the spirit of the Renaissance. Later it underwent Baroque and Neo-Gothic modifications. Today it serves as a hotel, the public is accessible to the courtyard and tower with a view (admission is 20 CZK). It is also worth mentioning a nice church. Joseph, where in 1811 he worked as chaplain Jan Arnold - a great patriot and participant of whit storms. He was even imprisoned for his views on patriotism. In front of the castle, there are two snack groceries, where you can get rid of thirst and hunger, as well as souvenir shop and scooter rental. 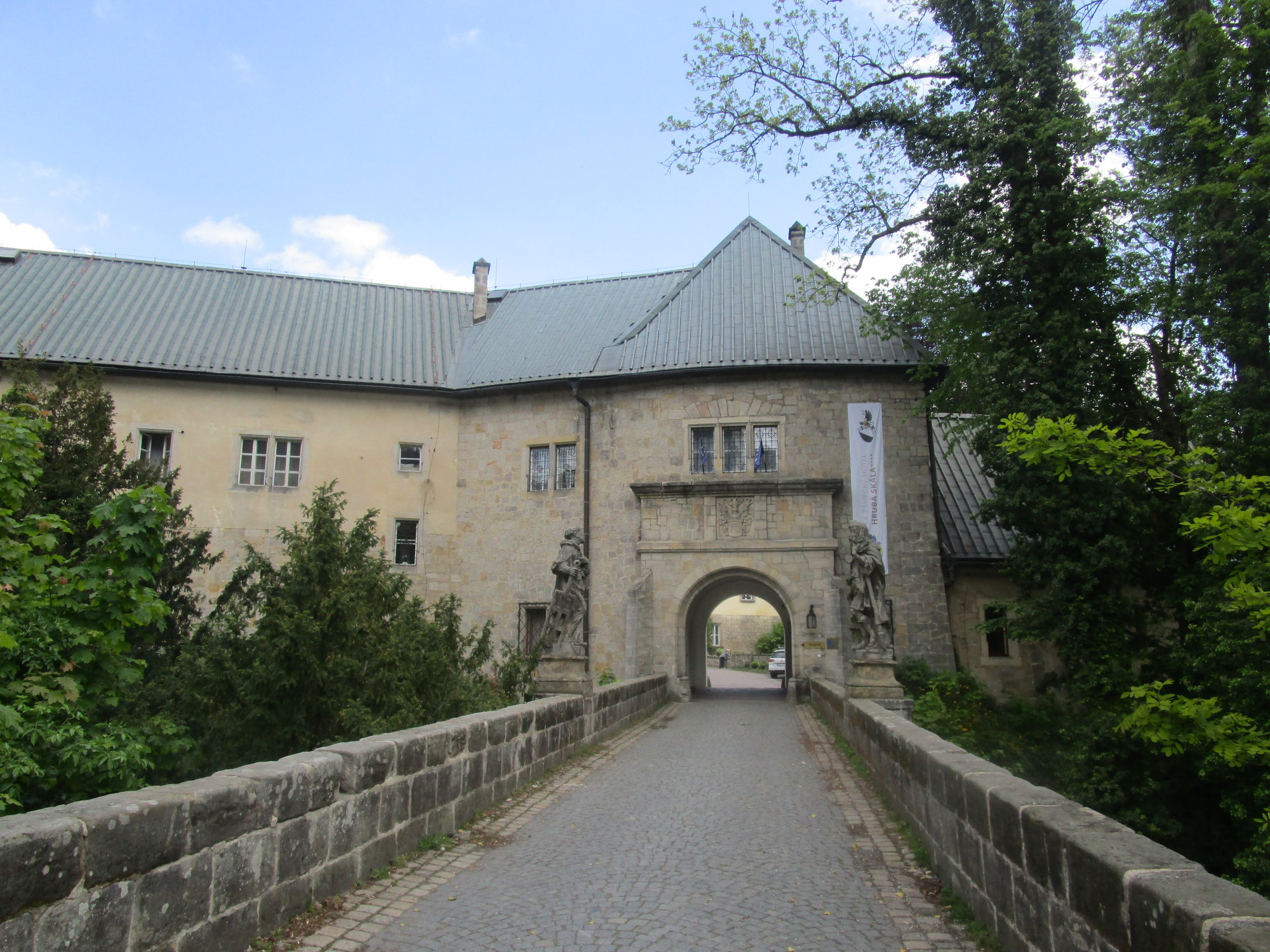 You go back to the trail with the Mouse Hole (Myší díra) and you arrive at Adam's bed (Adamova lože) in a moment. The place was originally called Venus Sluj and there was an altar of love with a statue of a lover and cupid. Opposite him was a large sofa with lions. It was carved by the Maltese knight František Adam of Wallenstein in the 18th century. This place looks mystical and fairytale, so it is no coincidence that there were scenes from the fairy tale of Prince Bajaja. 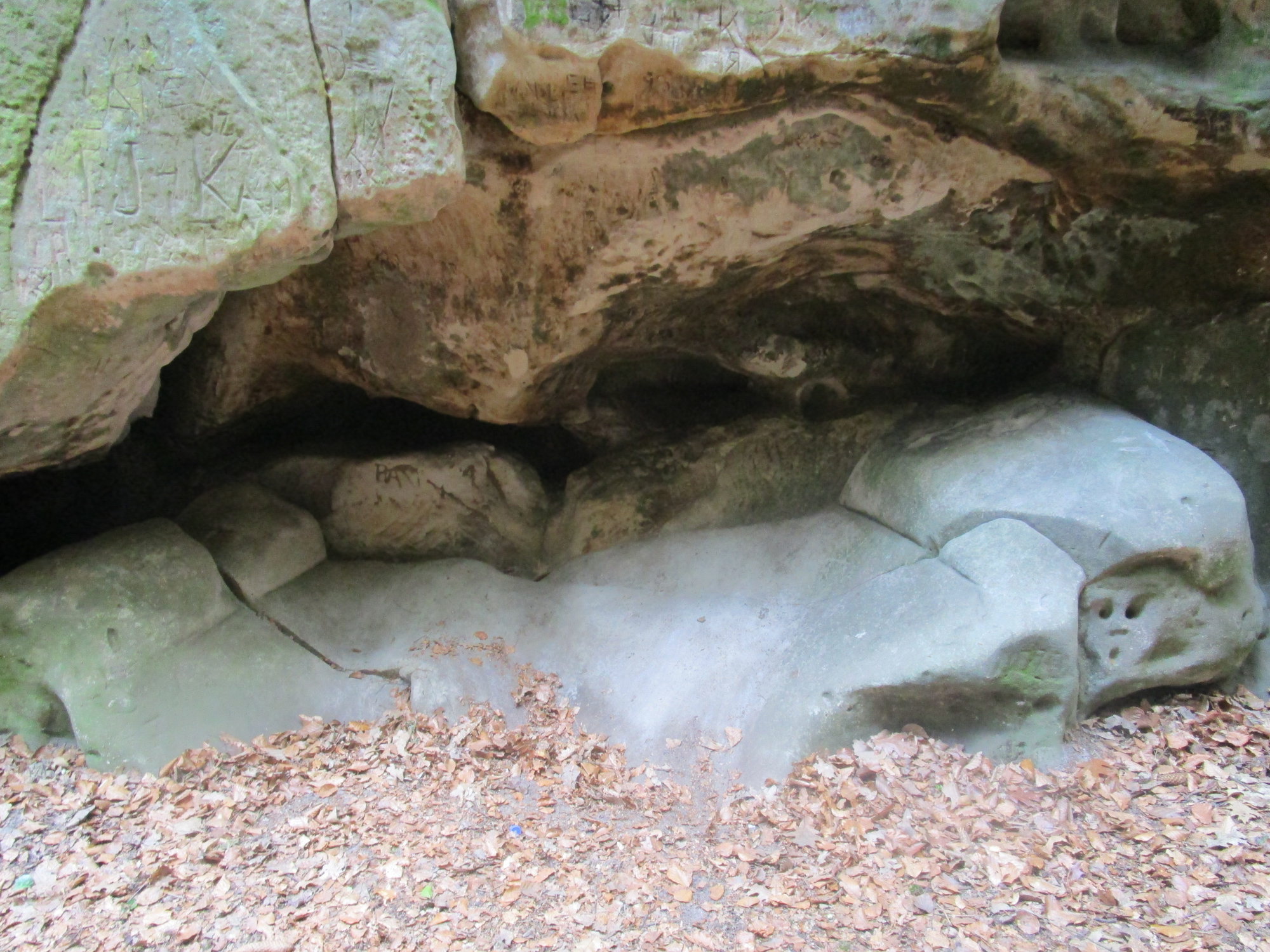 Then we will join the Golden Path of the Bohemian Paradise (Zlata stezka Ceskeho raje, red mark) for some time until we reach the Bukovina Arboretum. You can find here 35 species of trees, which come mainly from North America, and the Infocentre of the Bohemian Paradise PLA. Then add to the step to enjoy the prospects of Na Kapelu and U Lvíčka. From here you have the rocks literally on your palm. At the crossroads U Kavčin go right downhill and leave the Golden Path. (If you continue straight for 0.5 km, you will reach Valdštejn Castle.) On the way, you will meet John's Lookout and begin to descend between the rocks and around the Kapelník Tower. Maybe you will be lucky enough to meet climbers. 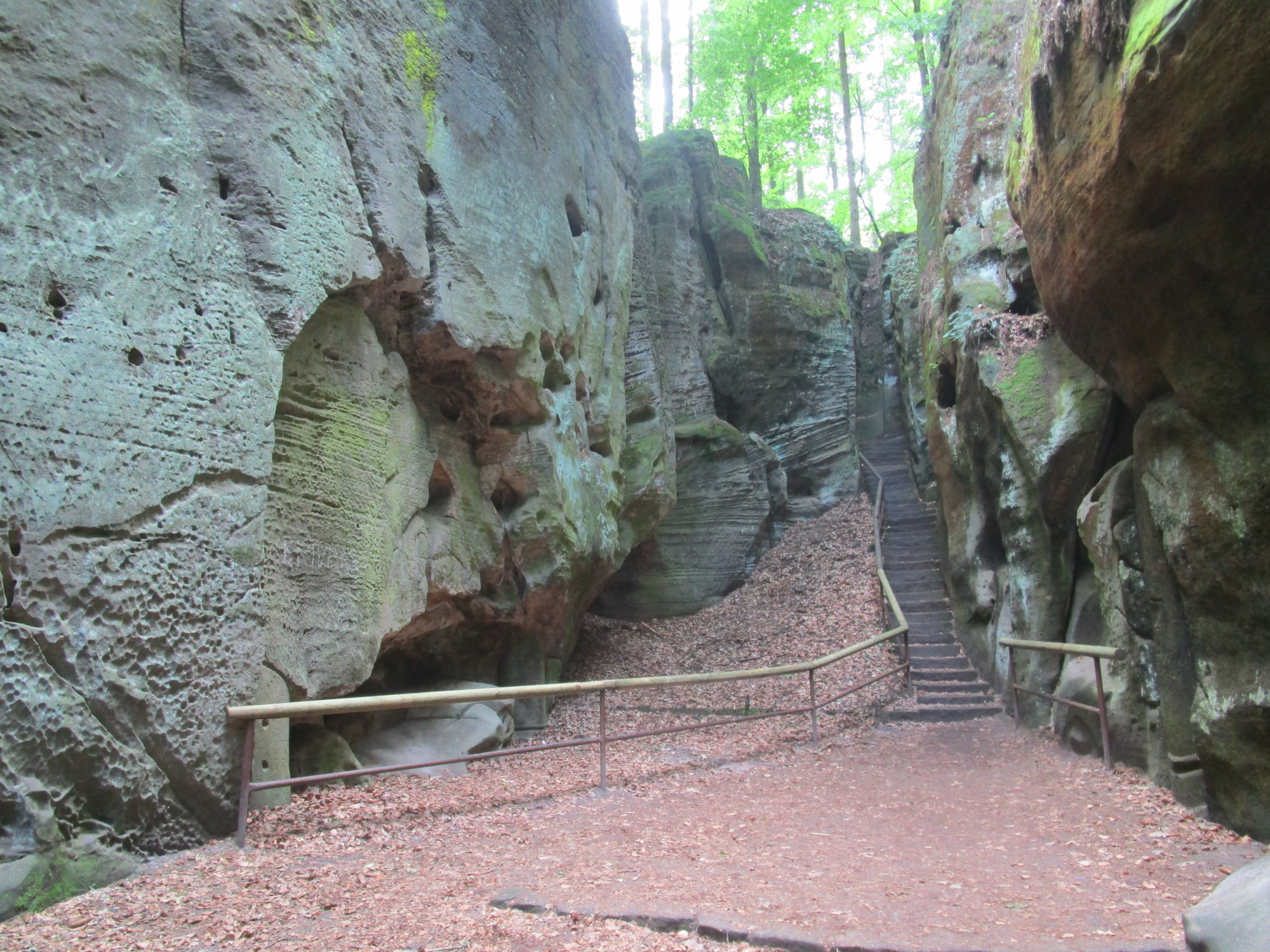 Towards the end of the trip you will also find magical springs: Kořenský´s, Felix´s,  Maria´s, Josef´s, Barbara´s and Antonin´s. Especially in hot weather refreshment comes in handy. Then you slowly turn to the beginning of the journey, to the spa Sedmihorky. The entire route is 7.5 km long. We measured 8.5 km with a turning to the chateau. Along the way there are 16 educational stops with information about the geology of rocks, fauna and flora, springs and history of the area. The route can be managed with children. However, it is not suitable for a pram due to stairs and narrow passages. Not far from here is the renowned camp Sedmihorky, which focuses primarily on families with children. There is a pond for swimming, programs for children or sports. It is an ideal starting point for further adventures in the Bohemian Paradise.

Published: 26.5.2021
Even if the castle did not stand on Mount Trosky, it would in itself be a great attraction for tourists. It is a 488 meter high volcano with two cones created by erupting lava. Today, these cones are called Virgo and Baba. The former is younger but taller (even with a tower 518 meters above sea level).

Published: 4.6.2020
A tip for a pleasant afternoon walk can be a visit to the interesting Bukovina Arboretum. It is located near the village of Sedmihorky on the Hruboskalská rock plateau. The Golden Trail of the Bohemian Paradise leads through the rock town, along which it is also possible to go and visit more interesting places in the area.