Before the trip I recommend to visit the information center, opposite to which is Bouček's homestead. In the center you can take a map and go on a journey. We set off from the chapel to the green mark. On the way up the hill we pass a well. At the crossroads U Tůňky turn left and follow the blue sign to the Prayer and Grave of the Czech Brothers and the lookout point of Čeští bratři. Rocks were a refuge for persecuted non-Catholics during the Counter-Reformation. It resembles a chalice with the year 1634. 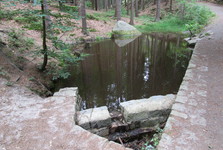 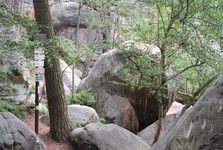 From there, follow the yellow trail of the Dr. E. Beneš. The path leads between sandstone rocks. It is worth noting 4 beautiful views: Horákova, Kinského, Kde domov můj and Husníkova, which is named after Ing. Antonín Husník, director of Aero Prague races, who donated iron for the railing at the lookout. From here there are wonderful views of the surroundings. Especially in Malá Skála, the ruins of Vranov (Pantheon) or Jizera river. With good visibility, we can see as far as Ještěd. 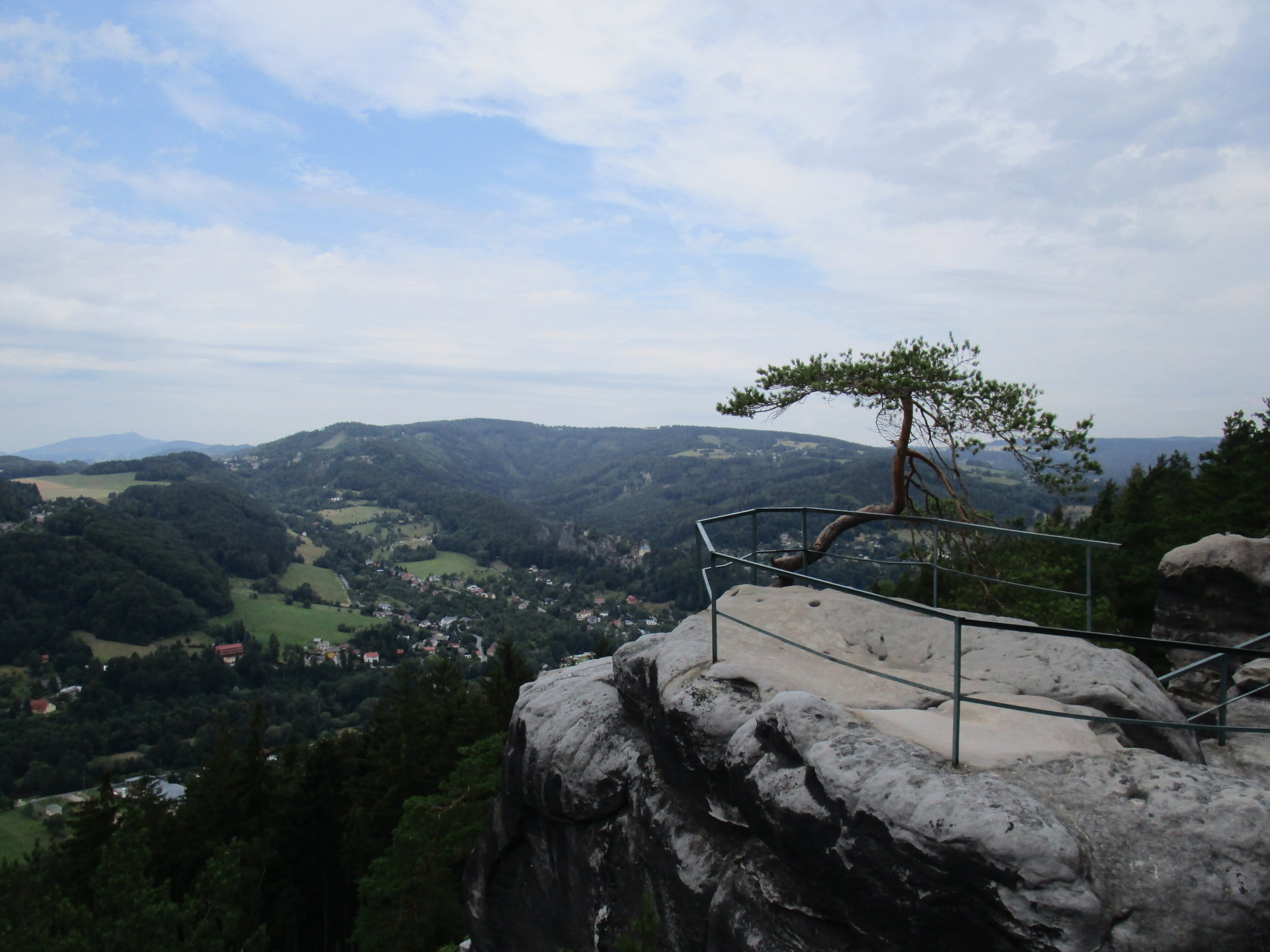 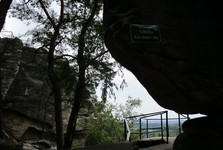 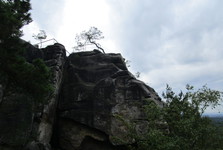 Other attractions include the Labyrint rock massif, Májová Tower or Matěj Krocínovský Cave and Václav Sadovský's fame, named after the Swedish Army rhythm master, who hid several valuables in the rock cavity during the Thirty Years' War. Then we arrive at the crossroads of the Lord's Field, from where we turn left to the red trail along The Golden Route of the Bohemian Paradise. We will descend from a steeper hill until we get back to Malá Skála. On the way there are information boards focused on geology, the maze is a part of the Bohemian Paradise PLA. You can also go to Chléviště when setting out from Besedice village. 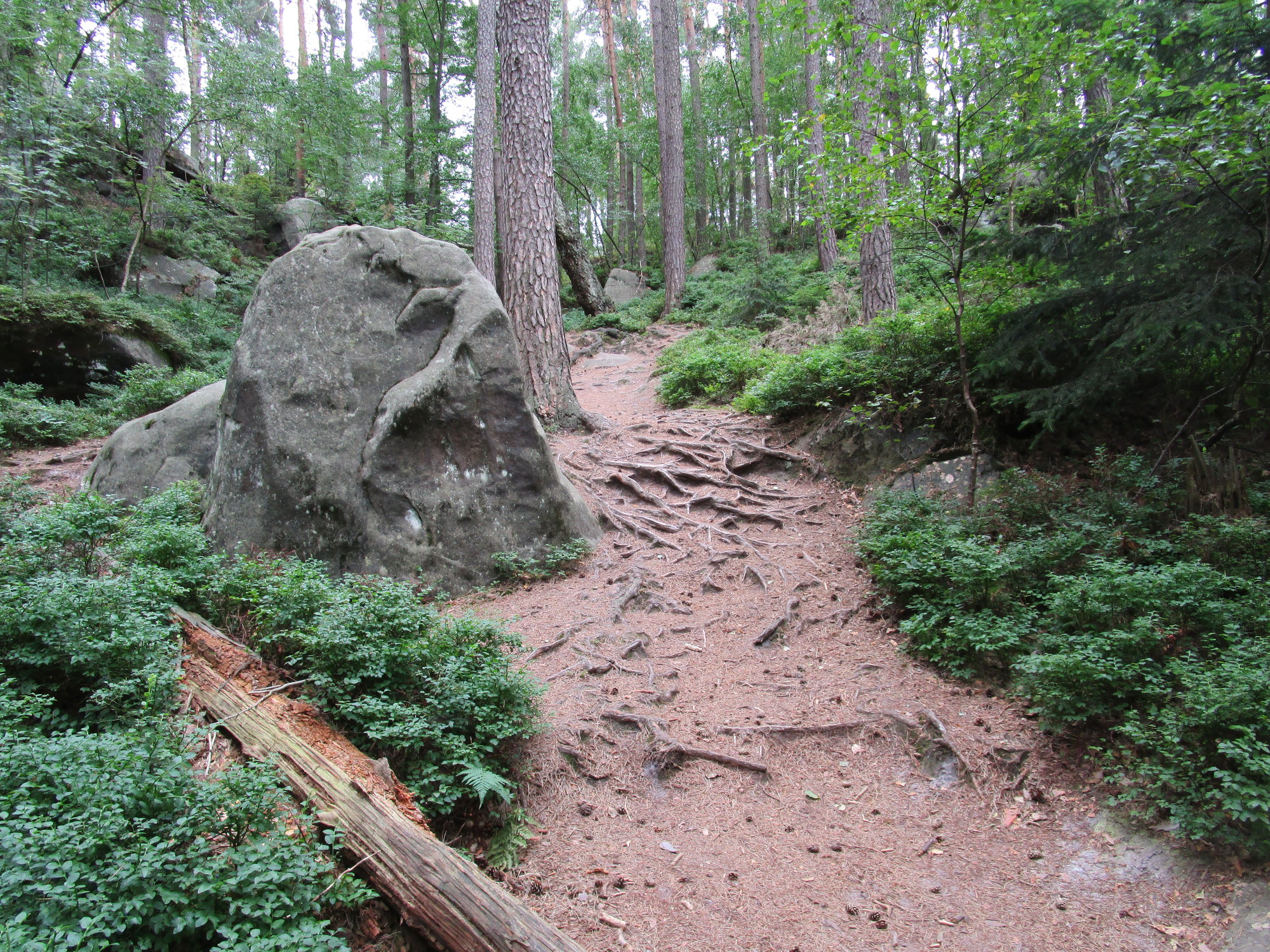 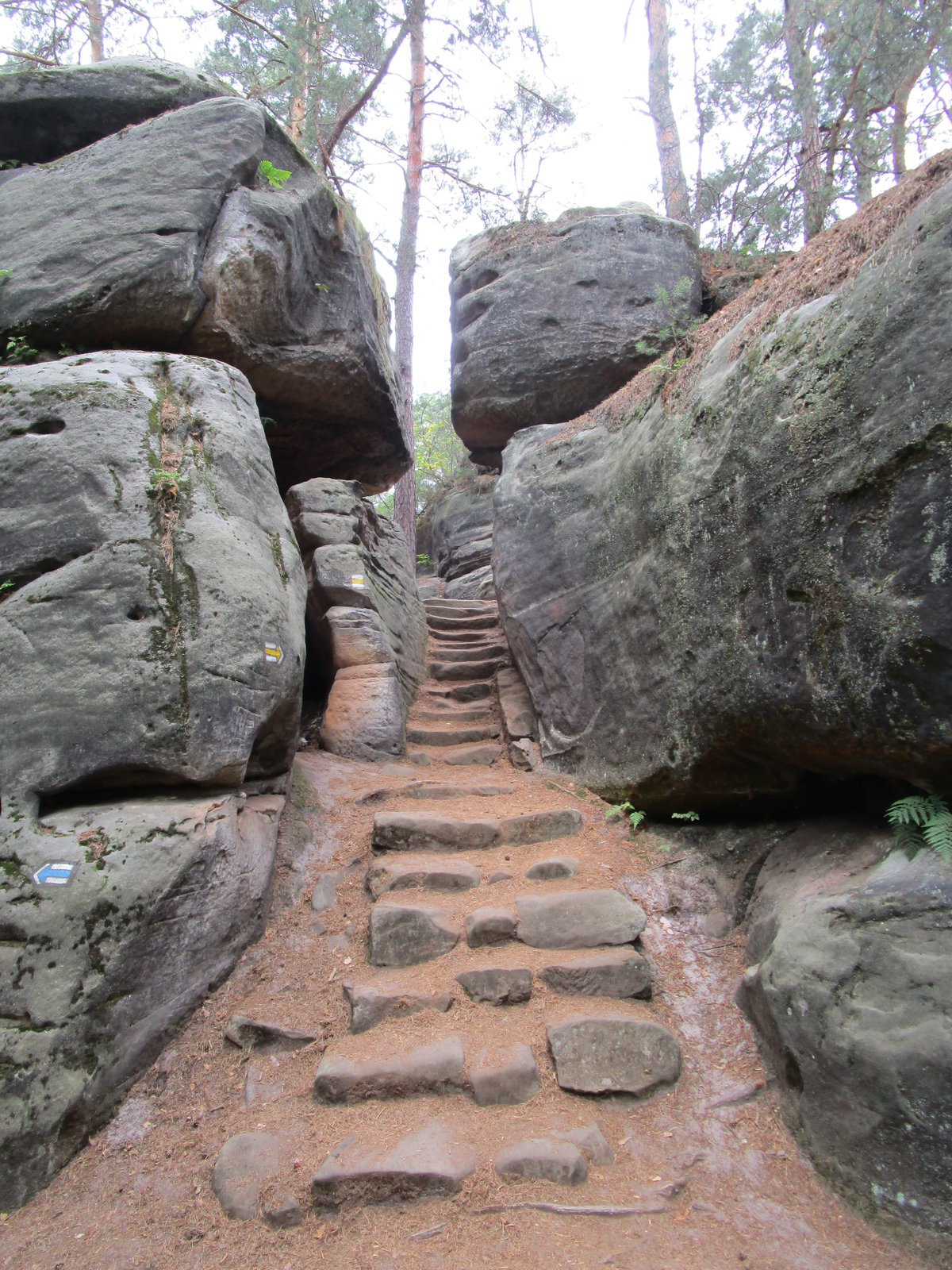 I learned about this maze by accident and I have to say that it was great. It is very picturesque and the atmosphere was even better thanks to a small number of people. The Jizera River and Mala Skala are also breathtaking. The whole route was about 6 km long and the difficulty was not too great. Larger children and more experienced retirees will be able to manage the route. For families with strollers, the route is unsuitable. For refreshment and food I can recommend the restaurant of Boučkův statek or Maloskalský pivovar at the main road. 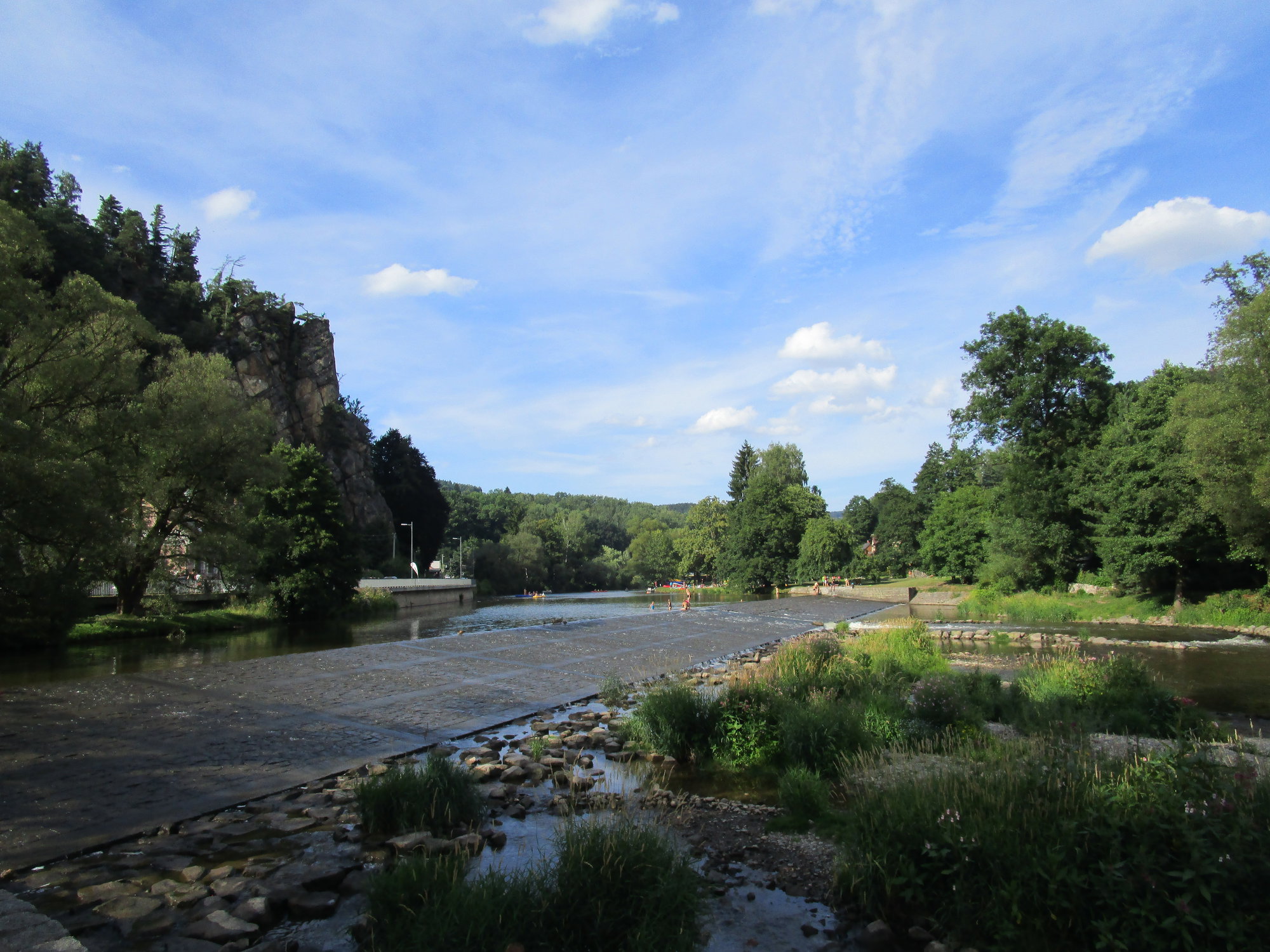 On these hot days you can take a bath at the weir in Malá Skála (right at the campsite). Opposite the river there is the Žlutá plovárna swimming pool, where there is a refreshment stand and a playground for roping.

Published: 26.5.2021
Even if the castle did not stand on Mount Trosky, it would in itself be a great attraction for tourists. It is a 488 meter high volcano with two cones created by erupting lava. Today, these cones are called Virgo and Baba. The former is younger but taller (even with a tower 518 meters above sea level).

Published: 5.9.2019
If you love rock formations, beautiful nature and excellent vistas, then the region of Hruba Skala is a great choice for you.

CZ, Prachov Rocks – The Best Trip You Have Ever Been To

Published: 16.7.2021
The sandstone rock formation of the Prachov Rocks is the heart of the Bohemian Paradise. And as if every Czech should climb Sněžka, Říp and Hradčany once in his life, he should also walk through this captivating region. It belongs to the nicest we have in our country.

Published: 4.6.2020
A tip for a pleasant afternoon walk can be a visit to the interesting Bukovina Arboretum. It is located near the village of Sedmihorky on the Hruboskalská rock plateau. The Golden Trail of the Bohemian Paradise leads through the rock town, along which it is also possible to go and visit more interesting places in the area.