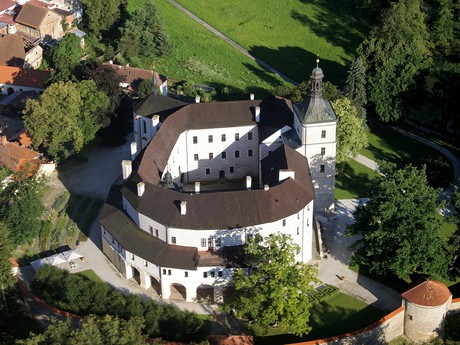 Should you travel by train, it stops about half a kilometer from the chateau. You walk to the chateau down 300 meters from the bus stop (buses ride to this bus stop from Pribram or Strakonice). Also, there are two car parks free of charge near the chateau. The access to the chateau is really simple. 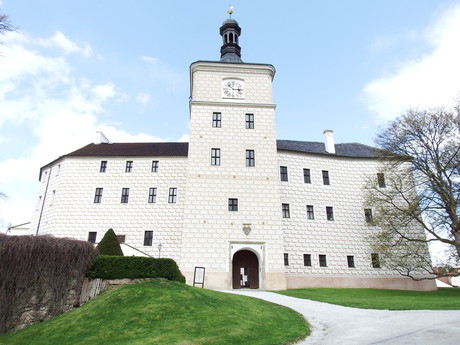 The Golden Road was probably the main reason which led to the construction of the chateau. Gold and salt were transported on this route. However, there was only a small village with a market back then. In the first half of the 13th century, the Buzic family constructed a Gothic stronghold. The stronghold was captured by catholic troops in 1422 and consequentially it was burned down. The Malovcove family became the owners of the stronghold at the beginning of the 16th century. It was partially renovated yet the family expanded it. Outer fortification was built as well as a moat. However, it was only the next owner who ordered the complete re-do in the Renaissance style – Jiri of Loksany. He called Italian masters and they kept in mind the original deisgn of the stronghold. Still, when you count all extensions and adjustments it resulted in a Renaissance chateau with sgraffitti and inscriptions-like shapes. After his death, his wife became the owner of the dominion. The chateau soon became an important center of social life. Even the controversial wedding of archduke Ferdinand I (the son of Emperor Ferdinand I) and a townswoman was held there. 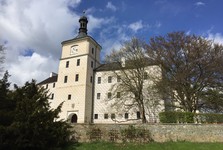 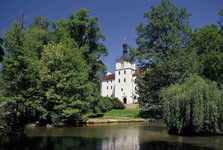 Several other families owned the stronghold later. The last Renaissance addition was a chapel. The last owners was the Palffy family. However, a presidential decree caused the chateau to be confiscated from them. Today, the chateau is administered by Narodni Pamatkovy Ustav, an institution to protect national landmarks. 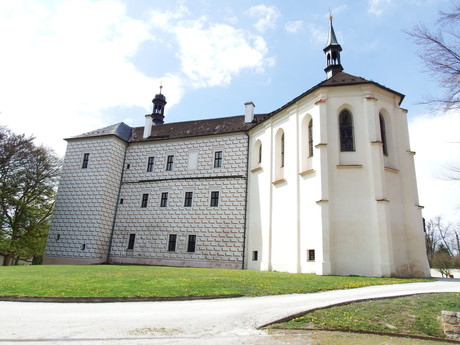 There are several tours available at Breznice. The first one goes through the interiors of the chateau,

which should tell you more about the life of noble families. You will walk through the Empire-style hall, a small Rococo dining room, Renaissance dining room or the Hunting Hall where the throphies of the last owner – Jan Palffy – is explicitly displayed. Another tour includes the great dinning hall and the unique Loksanska library decorated with wall paintings and historical cupboards. This library is the oldest chateau library in Bohemia. Also, you can see the chateau armory which holds the all important types of weapons of the 15th – 19th centuries weapons: melee weapons, fire weapons, defense and offense weapons. I recommend you to visit the chapel of the Immaculate Conception. The duration of the tour is around 5 to 10 minutes. 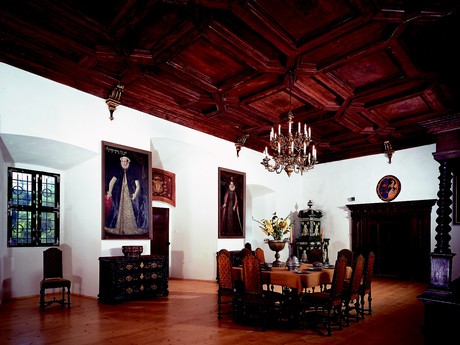 After intense, yet interesting, lecture on the history of the chateau and the life of its inhabitants a walk in the English-style park would certainly be a welcomed break. My recommendation is to walk in to Bylinkove Zahradky cafe at the end of your walk.  There, on its terrace, you can enjoy the atmosphere of the distant past. 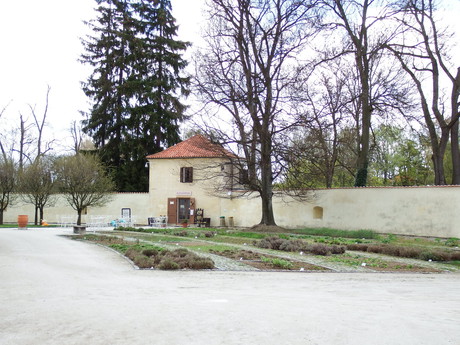 The chateau compound is accessible to hendicaped persons on wheelchair or even to families with strollers. Note that animals are not allowed. You must leave them at home. 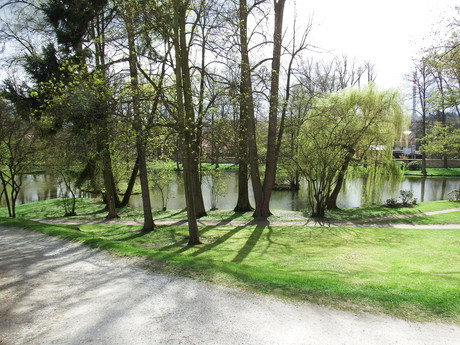 This chateau is only one of a number of other landmarks around. Loksany borough and its synagogue are situated in Breznice town. The synagogue was opened to the public after more than 60 years. There is also St Ignatius and Frantisek Xaversky church. Personally I would recommend Blatna chateau that is 20 kilometers away, or the Museum of Mining, Pribram.

Published: 10.7.2008
The town of Příbram is situated in Central Bohemia Region, in a distance of 60 kms from Prague. At present, Příbram has 35000 inhabitants approx. The place is known as historical town, with one of greatest mining museum in Czech Republic, the part of which is formed with vast Skansen.

Published: 1.11.2018
Kamyk nad Vltavou makes us mostly thing about the ruins of a once famous castle belonging to the Czech kings, but you can visit this much more.