The fact is that the turbulent history of the 20th century and the expulsion of the German population influenced the region. There is still a lot to know about it, but there is also a lot of work done and the will to show the world that Broumov has something to offer and does not want to leave its monuments to collapse (it was pretty close but we will get to it later). This would be a great pity, for here some of the best Czech Baroque architects worked Krystof Dientzenhofer and his son Kilian Ignac. 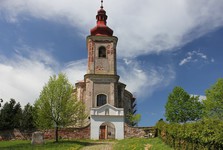 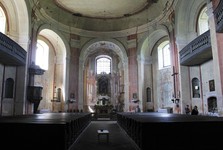 Brevnov benedictines were gifted the Broumovsko in 1213 from Premysl Otakar I. In the beginning of the 18th century, Krystof Dientzenhofer and later his son Kilián Ignác began to work for them. In addition to the reconstruction of the monastery in Brevnov in Prague, both architects of course also worked in the Broumov region. The monastery dating back to the 14th century was remarkably rebuilt in the Baroque style, and a unique group of ten Baroque country churches, a Broumov group, was created in Broumov and its surroundings: the Church of St. Wenceslas in Broumov, the Church of St. Mary Magdalene in Bozanov, All Saints in Heřmánkovice, St. Barbara Church in Otovice, Church of St. Jacob the Greater in Ruprechtice, Church of St. Marketa in Sonov, St. Anne's Church in Viznov, Church of the Virgin Mary in Hvezda, St. Michael's Church in Vernerovice and St. Prokop's Church in Bezdekov. These include the church of St. George and Martina in Martínkovice, which was built by Martin Allia before the arrival of the Dientzenhofers in the region. 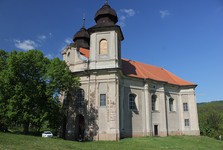 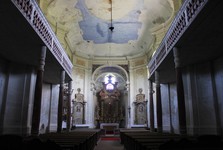 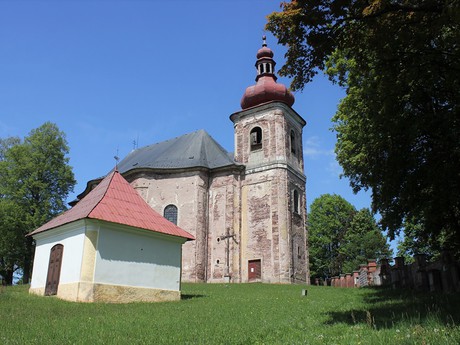 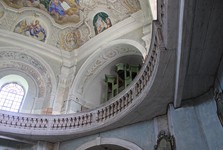 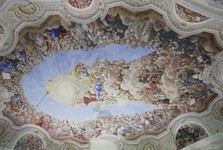 The reason for the construction was the renovation of the already incomplete network of wooden churches, but at the same time there was a Baroque effort to fill the landscape with divine presence. Churches are well embedded in the landscape, often seen from far away, and they form a sort of hint in the landscape or lighthouse in the storm of earthly life. The Brevnov-Broumov abbot Otmar Zinke initiated the construction of churches as well as small sacral monuments in the landscape - crosses, sculptures or cross-roads. A beautiful Baroque landscape was made from Broumov. 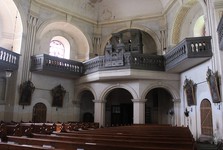 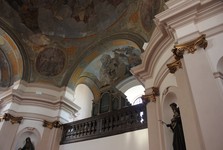 Unfortunately, the twentieth century came and its historic twists and turns almost resulted in the building to become a mere heap of stones. The German population wa

s displaced, the newcomers to the place did not have any relationship to the area, and the communist regime did not wish for the cemeteries to be there. The churches have been dilapidated, and perhaps because they are in the remote region of Broumov, the time has come for their rescue only relatively recently. The repair is currently under way, they looking for money and filling in the applications, but unfortunately, money is needed and the budget of the Broumov parish is small. Even because of its poor condition, most churches are usually inaccessible. If you would like to visit them, every summer there is the Za Poklady Broumovska, where concerts are held in individual churches and the proceeds from the admissions are going to be repaired. It remains to be hoped that Broumov churches soon will shine in their former shine.

Published: 5.8.2011
This community, situated in a valley of Židovka-torrent, in an altitude of 460 metres above sea level, is surrounded with afforested hills and beautiful countryside. Machovska Lhota/ Ostra Gora frontier crossboard is distant only 2,4 kilometres. Machov is tourist, skiers' as well as cyclists' target. The hills and mountains are always within easy reach.

Published: 21.10.2021
Between Adrspach and Teplice nad Metuji in the eastern part of Bohemia, there is one of the most beautiful places in the country. Water, wind and frost formed in the course of million years this beautiful rocky town we take you to today.

Published: 18.1.2008
In Region of Hradec Králové, not far of Giant Mountains, is situated the district town of Trutnov. The town is placed on Úpa-river and has 32000 inhabitants.

Today, you and us will take a look at the beautiful corner of our country, the Adrspach-Teplice r...