The small town of Brtnice is situated between Jihlava and Trebic. There are no beautiful UNESCO chateaus, no facilities where you can do stuff on ropes, no bobsleigh tracks. Brtnice is a town landmark reserve and a scenic one. There are many small Baroque landmarks. Locals cut nettle around them. The time goes slowly over there. There is nothing to prevent you from exploring the stone witnesses of long history. 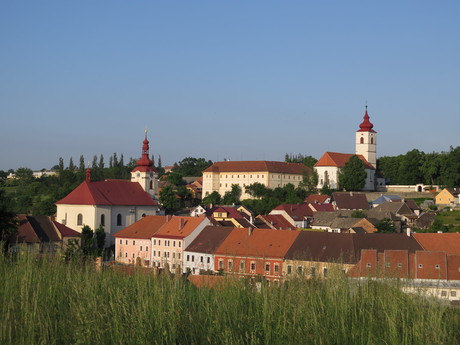 Brtnice have existed since ever. Which means that according to historians the first written mention of the town comes from the era of Wenceslas I (13th century). It had been a rich market town until the start of the Thiry Years' War. The name comes from local bee hives the so-called brte. The House of Valdstejn owned the dominon from the beginning of the 15th century until the year 1620. There are many things hinting at their rule. There used to be a castle on a hill in the town. It has been reconstructed a lot, therefore, there stands a chateau now. The chateau is not in best condition. AFter many years of property ownership struggles, there has been a new owner snce Sring 2016. Therefore, there is new hope regarding renovation of the chateau. In the last years, there were well-known gatherings of artistic smiths. It was also possible to explore the castle on tours or at academic seminars on the architectonic history of the chateau.. 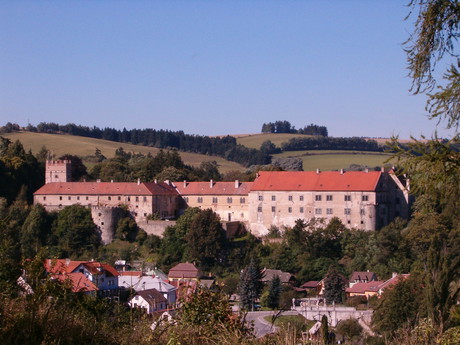 After the Valdstejns, Brtnice belong to the House of de Collato of Italy for over 300 years until the year 1945. Then the chateau was nationalzed. Many of the landmarks in the town come from this period. Houses on the square are of renaissance and baroque origin. Town hall is easy to notice and another interesting site is the so called Valdstejn House. Inside, there is a visitors' center. You can also visit exhibitions on early history of Brtnice - the construction of the chateau, and interesting history of various local crafts. Another house open to torists is the home of architect Josef Hoffman. Inside, there is a small museum as well. 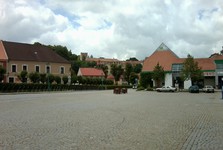 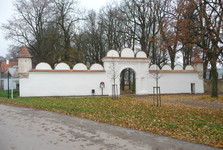 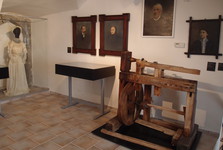 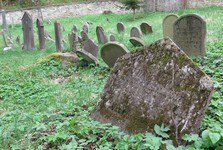 In the town, there is also a Minim cloister. Rombaldo of Collato supported the order. Today, there are apartments. An open park is adjacent to the chataeu. There grow many hundreds of years old trees. A large Jewish community also once lived in the town. Today, only the old and new cemeteries are what is left of it. The oldest tombstone originates in the year 1672. It stands around many granite tombstones. Some Jewish signs and symbols are still readable. Unfortunately, the synagogue had fallen into disrepair during the 20th century. 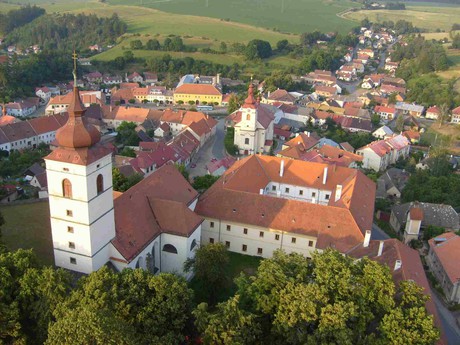 Numerous statues in Brtnice are hard to not notice. Saints likes Florian, Jan Sarkander, Roch and others stand on two bridges over the Brtnice. Their creator is sculptor David Lipard who made them in 1715. The view from the bridge on the chateau is called the Hradcany of Brtnice. And it is some vista. There are votive columns of saints on six sites in the town. These are older than statues on the bridge. It is not clear who made them. We don't have to try to find it out. More imporant is the fact that these columns complete the genius loci. By walking around them you walk around the most beautiful places in Brtnice. At some places, there are film makers. Perhaps you later recognize some places. For instance in "Prodavac Humoru" movie. 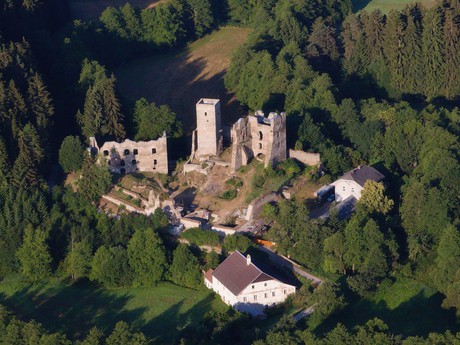 The former residence of the Valdstejns, before Brtnice castle, was Rokstejn castle. Only a tower is left of this castle. Today it operates a lookout tower. Romantic ruins are what is left of the castle and it is worth taking a trip there. Rokstejn is situated around 7 kilometers from Brtnice. There goes a beautiful blue route along river valley. You walk in beautiful forests. Rock cliffs line the river banks at some places. You also pass by a former mill in Doubkov, now an abandoned village. It takes about half an hour to explore Rokstejn. You can get back by train from Primelkov (2 km). 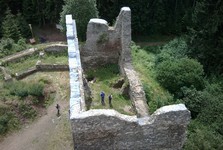