Published: 30.6.2016
Cesky Rudolec chateau is called Mala Hluboka. It is situated by the road No. 409 in the southeastern corner of Cesky Rudolec village near Dacice in Ceska Kanada nature park. This area was settled for the purposes of iron, silver, and precious metal mining. This perhaps explains the name of the village – Rudolec.

The first written evidence on the existence of the chateau originates in 1351. The chateau was a stronghold. Its one side borders with water, the other side was defended by a water moat. The Vladykove of Rudolce were the first known owners of the stronghold. The owners would change frequently in the following centuries. 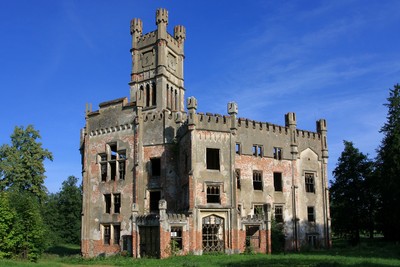 A draft available at the Nürnberg archive shows a Renaissance renovation (without exact dates). A research done before the reconstruction and many archeological findings brought proof to the thesis that the current structure was only the core of the original stronghold. The space between the chateau and the place where now stand the inn, and visitors' center was a water moat before. The area of today's visitors' center, the inn, and homestead buildings used to be covered by fortification walls and the outer bailey - "outer ward". 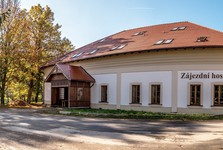 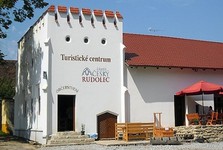 The residence had been abandoning its defense capabilities during the Renaissance era. The moat was filled with dirt. The stronghold transformed to a chateau. The latter saw the addition of arcades. The courtyard had been gradually enclosed. The fortification walls were demolished. Surrounding buildings seem as if they were separated from the original (almost united) compound of the original stronghold. The homestead expanded. A distillery was set up. A brewery was established in 1539. 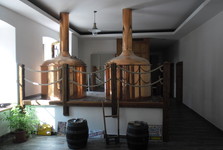 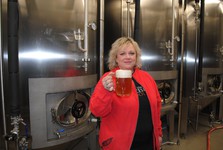 A vast park was established around the chateau at the turn of the 17th and 18th centuries. The original mill which stands behind the traveller's inn was rebuilt into a Baroque-style greenhouse - the orangery. It was there where the Europe's very first pineapple was raised

The Trautenstein-Falkenstein family is credited with the 19th-century Baroque-style reconstruction of the chateau and the surrounding buildings. The family also made great effort to improve the local landscape. The Polish-Lithuanian house of Razumovsky were significant owners of the chateau. They founded iron works in Dolni Bolikov, which was one of the largest operations of its kind in Austria. Machael Angelo von Picchioni, an Austrian sapper Major, became the owner of the chateau in 1857. Upon the fire of 1860, he rebuilt the chateau in the revived Gothic style. His grandchildren (Ernst and Catherine) were chateau's owner until the end of the WWII. During the war, the chateau operated as sort of a "sanatorium" for German officers on leave. 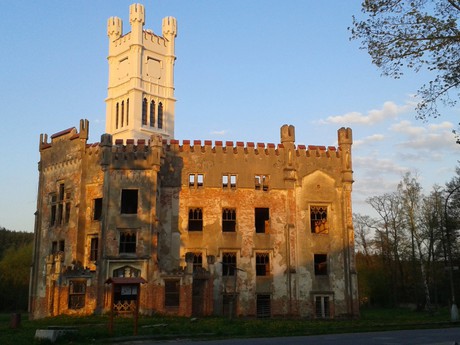 The first tragedy occured after the liberation. The French, Italian, and Yugoslavian prisoners of war (they were forced labor in the area during the war) plundered the chateau with their liberators to celebrate the liberation by the Red Army for they saw it a relict of the preceeding regime

The chateau operated a hospital pavilion in the summer of 1945 near which a large POW camp was situated. The chateau became a state property at the end of the year 1945. Local farm used the chateau through the 1950s and 60s. Apartments were set up there for temporary workers. The chateau had decayed significantly during this period. The walls with ornaments were whitened by lime, the roof had leaks, the groundfloor was frequently flooded, Baroque cupboards were used as latrines. The roof partially collapsed in the beginning of the 1970s. 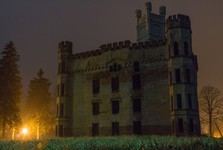 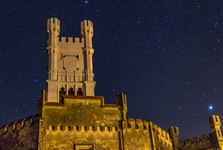 There were plans to rebuilt the chateau to a recreational resort and a retirement home the 1970s. The cooperative JZD Chyne became the administrator of the chateau in 1988. The coop commenced its reconstruction to a luxurious hotel, however, the project came to a halt in the beginning of the 1990s.

A trial on the ownership of the chateau began after the revolution. 10 yers later, the state won the trial. It immediately sold the cahteau to Cesky Rudolec village. The village had looked for an investor for several years. Eventually, Pragoprojekt became its investor. In 2009, the company sold the chateau to our joint-stock company Hluboka, a. s. 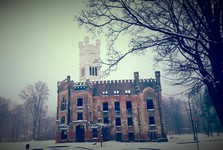 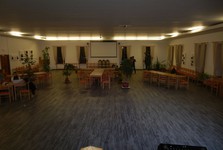 In 2010, the chatau was secured and opened to the public. Water drainag and the sewerage system were completed in 2013. The battlement was repaired in the same year. In 2014, the reparation and renovation of the thirty-meter tower started. It was finished in the following year. Now, it is planned to reconstruct the roof of the chateau and repair the chateau chapel. 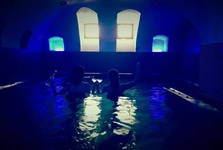 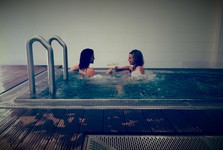 The idea of a compound that would operate as an economic unit is a recent concept. Therefore, an 18th century traveller's inn (Zajezdni hostinec) was renovated. Today it operates a guest house and a restaurant. The Baroque-style orangery was rebuilt to a wellness center. Moreover, a beer spa have been built there. The farm buildings operate the 1. modern brewery in the area. The tradtion of brewing the Rudolecke Beer was renewed after 118 year-interruption in the year 2015. The building where the custodian of the chateau used to reside was also renovated. A visitors' center is in operation there now. Pamet Rudolecka association has been successful in revitalizing the compound as well. For instance, they arrange grandiose Celebrations at Chateau (Zamecke slavnosti) which take place in July.

The entrance is free of charge yet you can voluntarily pay something. The money is then used for the renovation purposes at the chateau. We are thankful for this chateau trialed by the fate.

You can win a night for two at Zajezdni hostinec by participating in our photographic competition. It starts on July 1st and ends on August 31st.

Published: 20.5.2008
This beautiful town, spreaded in the middle of countryside full of ponds, is known from 12th century, when along one way passing throughout frontier forests there was founded a community with mansion courtyard.