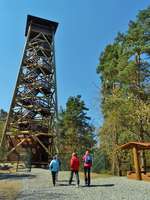 observation tower of the last year. Spulka u Lbosina won it and we write about it here. Should the poll be held also in 2015, the observation tower on Besedna (496 m) would certainly be among favorites. The tower is set between Chotilsko and Zivohost. It has beautiful circle view of diverse landscape and boasts with interesting history related to its predecessor that was built in 1960s.

In the last 50 years, hardly any tourist would deliberately go to Besedna. Tourist trails circumvented the hill. Only today the ne „Drtina’s nature trail “ is what leads on the hill. There are other marked trails popular which go along rivers and you can see Slapy from them. Such trails used to be more attractive than a hill two kilometers from the dam. If someone hadn’t known the history, he/she wouldn’t even think of going on the hill to enjoy the view. Yet clear weather conditions would allow you to see Petrin, Prague or Klet in the Sumava .

The vistas enchanted local born patriot prof. PhDr. Frantisek Drtina, student and friend of T. G. Masaryk. In the height of his career in 1918, Drtina was a deputy in revolutionary National Assembly and deputy minister of education. President Masaryk, Julius Zeyer, Alois Jiras or Josef Suk used to be frequent guests to Profesor Drtina’s place in his Hnevsin. Like him they also fell with this place, relaxed there and sought inspiration. In short – they liked it here. When tourist clubintended to build a observation tower in the 1920s there, it received large donation from President Masaryk to its crowdfunding campaign. The 22-meter tower in Husite style was opened in 1926. It had been very popular until the 1960s when due to its sever condition it was demolished. Moreover, it wasn’t the then regime’s intention to maintain memory of Drtina or Masaryk. 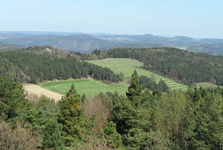 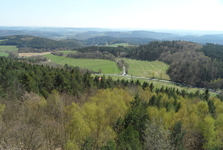 The final look of today’s new 21 meter-high observation tower is work of Ing Jiri Ondrich architect. Massive wooden construction with two-plane staircase offer comfortable climb to the top. And it is free of admission. Below the tower, there is a relaxation area. Should you arrive by car, you can park right below the hill (49.7624725N, 14.3778419E) nebo až v obci Křeničná (49.7657714N, 14.3916606E), odkud vede k rozhledně zelená značka. 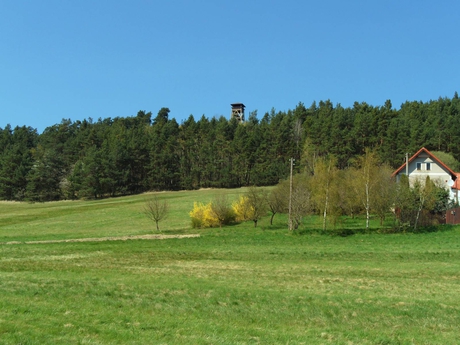 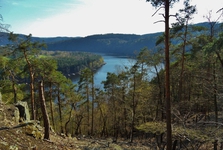 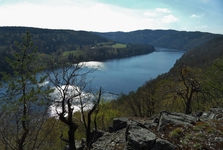 I suggest to walk along nature trail going through Hnevsin to the crossroads where the Vymyslenska Path starts. It descends towards the water on its left. Should you turn right, you would reach the statue of st Jan that stands on a rock. There you can also enjoy a view of Slapy dam . The road then goes to another observation tower on Vesely Hill. On your way there you encounter couple of infoboards that would tell you about local fauna, or life of Vltava sailors from the time when instead of a lake there was a deep canyon with wild river streaming through. 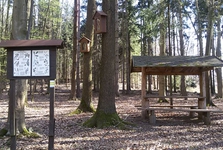 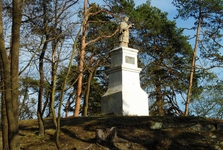 In summer, you can detour to swim in Zivohost, or try to visit som of muzeums in the Chotilsko territory, such as the Gold Museum . 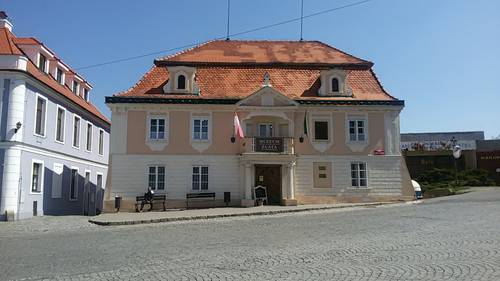