Doubravník is probably one of the oldest villages in Moravia. The oldest surviving document that mentions it dates from 1208, it is also the oldest document stored in the archives of the city of Brno.

The village used to be a monastery of the Augustinian sisters, today in its place you will find the majestic Gothic-Renaissance Church of the Exaltation of the Holy Cross. The Pernštejns, the owners of the local estate and the nearby Pernštejn Castle, had it built as their burial ground. The church was built between 1535 and 1557, most of the interior decoration dates from the late Baroque period at the end of the 18th century. On the main altar, notice the master canvas of the Finding of the Holy Cross by the Austrian painter Franz Anton Maulbertsch. 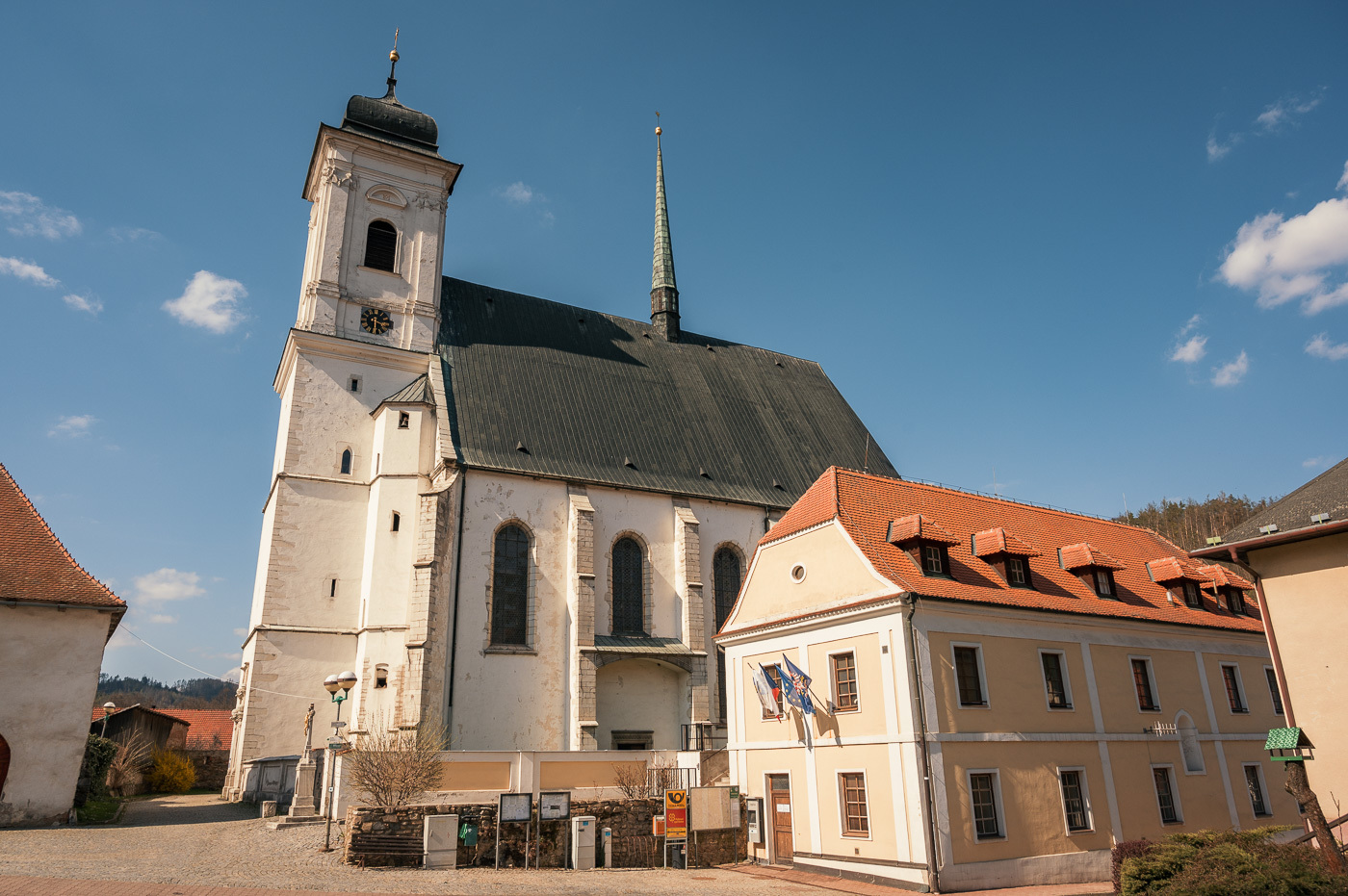 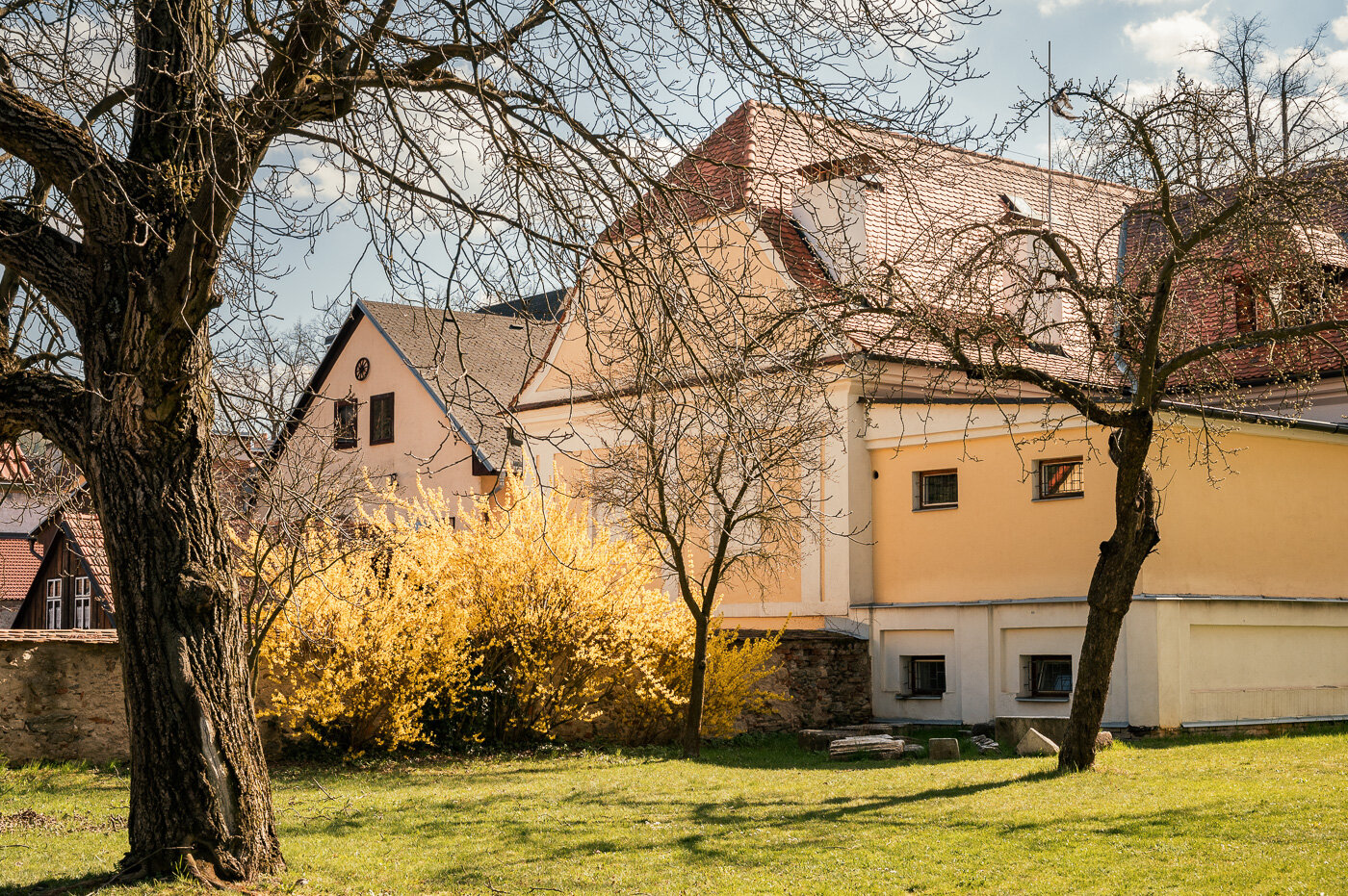 Between 1859 and 1867, Count Vladimír Mitrovský had a neo-Gothic tomb added to the church, where he moved the remains of his ancestors.

An important monument is also the Doubravnice square as a whole and some houses that are adjacent to it. You will definitely not miss the building of the former school from the first half of the 18th century, where the municipal office and information center are located today. 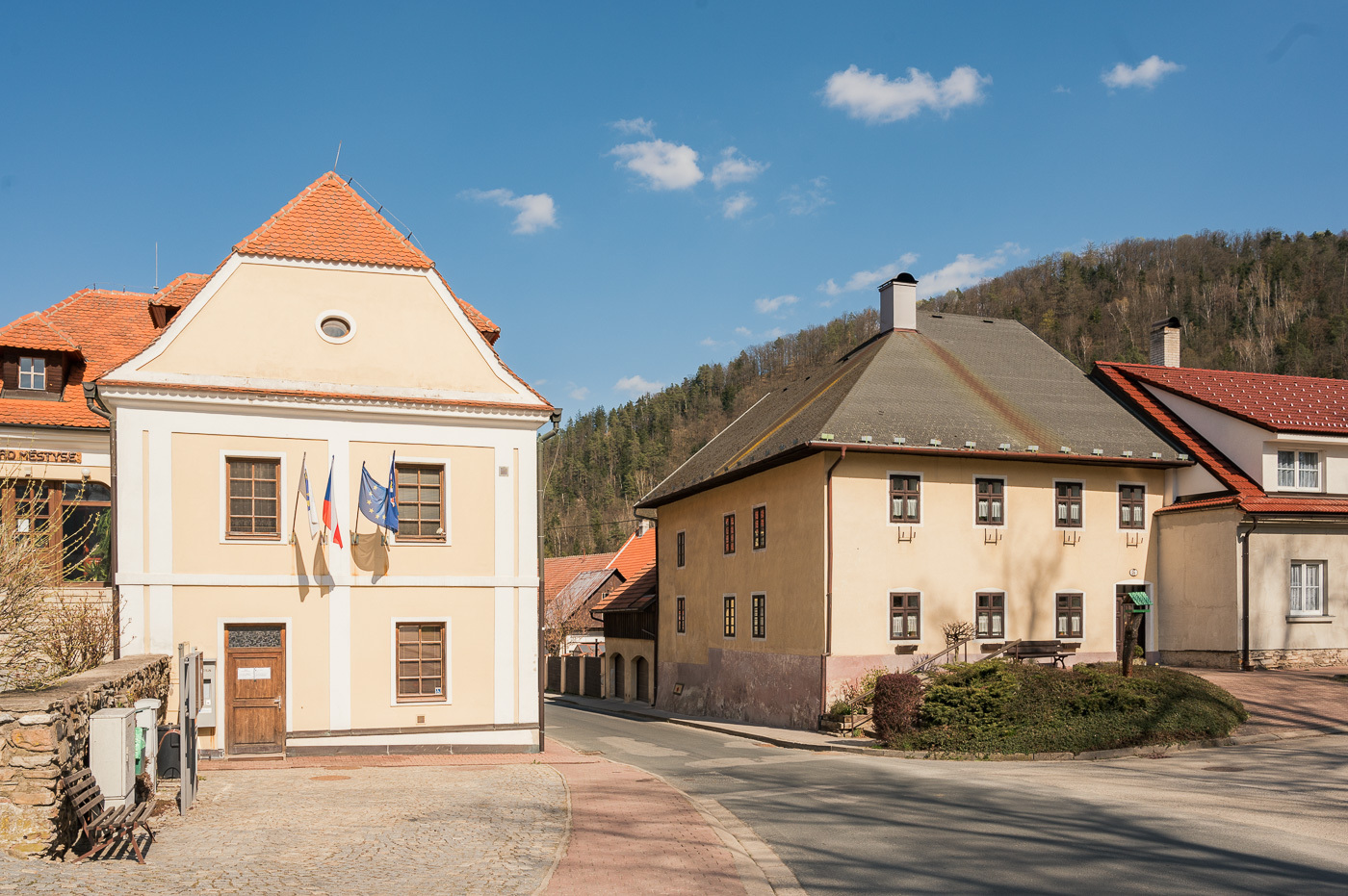 On Bozinka nad Doubravníkem Hill, there stands an inconspicuous but beautiful chapel of St. Mary Magdalene. It was built in the second half of the 17th century and restored in 1897. Because it stands alone on a hill, away from all other buildings, the whole place gives a very romantic impression, which unfortunately only slightly spoils the small transmitter. 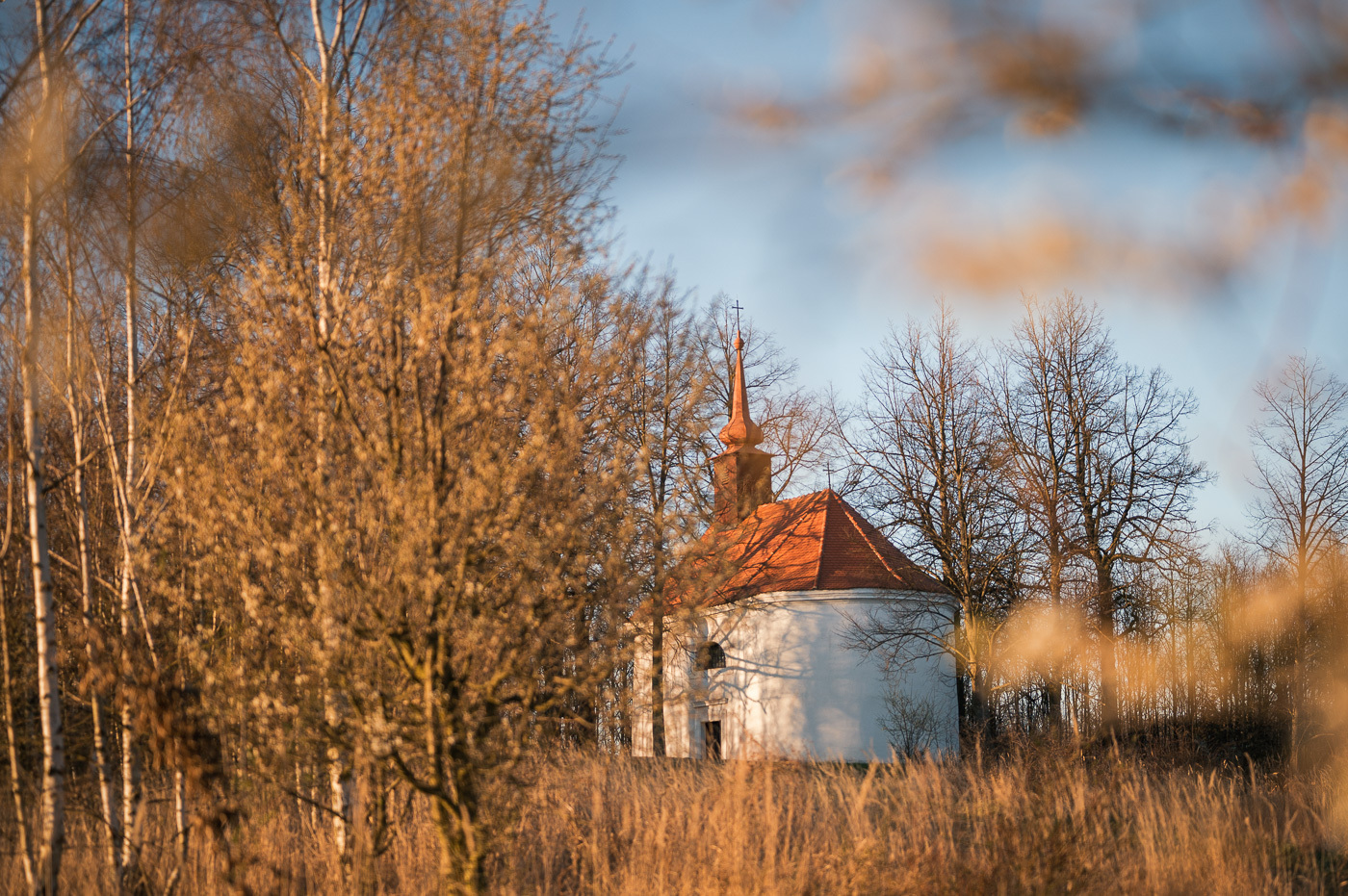 I recommend combining a trip to Doubravník with a visit to Pernštejn Castle. You can either make a circuit along the Pernštejn nature trail, or just walk along the Svratka and along the red tourist sign and from Pernštejn then return to the train to the village Nedvědice. Alternatively, you can take a walk downstream to the village of Borač and return along the green sign over the hills above the river. 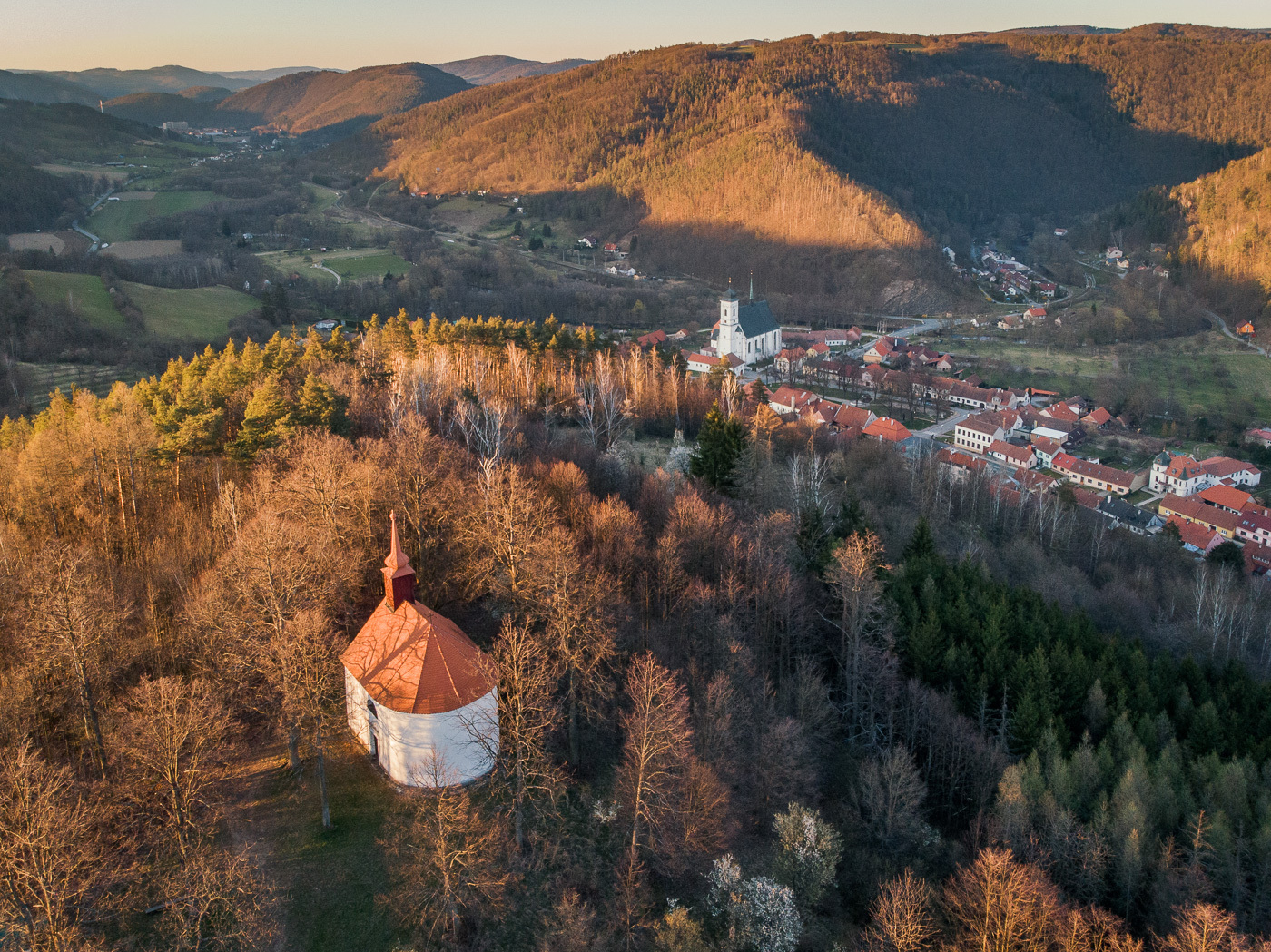