Place of Pilgrimage and Place of Sports

Although Dunajovice Mountain rises only up to 504 meters above sea level, it is a respectable height in the flat landscape of the Třeboň Basin. The peak is located northwest of the village Dunajovice and about 7 km from Třeboň. The best way to get to it is from the Dunajovice square, where you can get by car or bus. All you have to do is take the road towards Štěpánovice and turn left onto a dirt road behind the village. A green tourist sign also leads here from Třeboň. It passes through the local part of Břilice just around the Břilický pond. 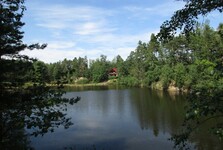 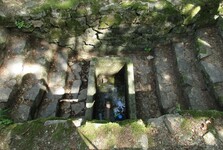 On the hillside there is a flooded quarry, which is now used for recreational fishing. The Rožmberks started mining stone here, and the stones from this place were used by Jakub Krčín on the dam of the Rožmberk pond. Slightly younger is the pilgrimage chapel of the Holy Cross, standing at the foot of the Dunajovice mountain, and almost a kilometer-long Stations of the Cross winding along the hillside. The chapel was built in the 18th century above the spring, which was attributed healing effects. Funds were obtained for the construction of 14 brick chapels forming the Stations of the Cross a little later thanks to a public collection in 1885. The paintings painted at the individual stops of the Stations of the Cross are the work of Dean Bedřich Kamarýt of Deštná. The Holy Mass is celebrated by the chapel every year on the seventh Sunday after the Easter holidays. 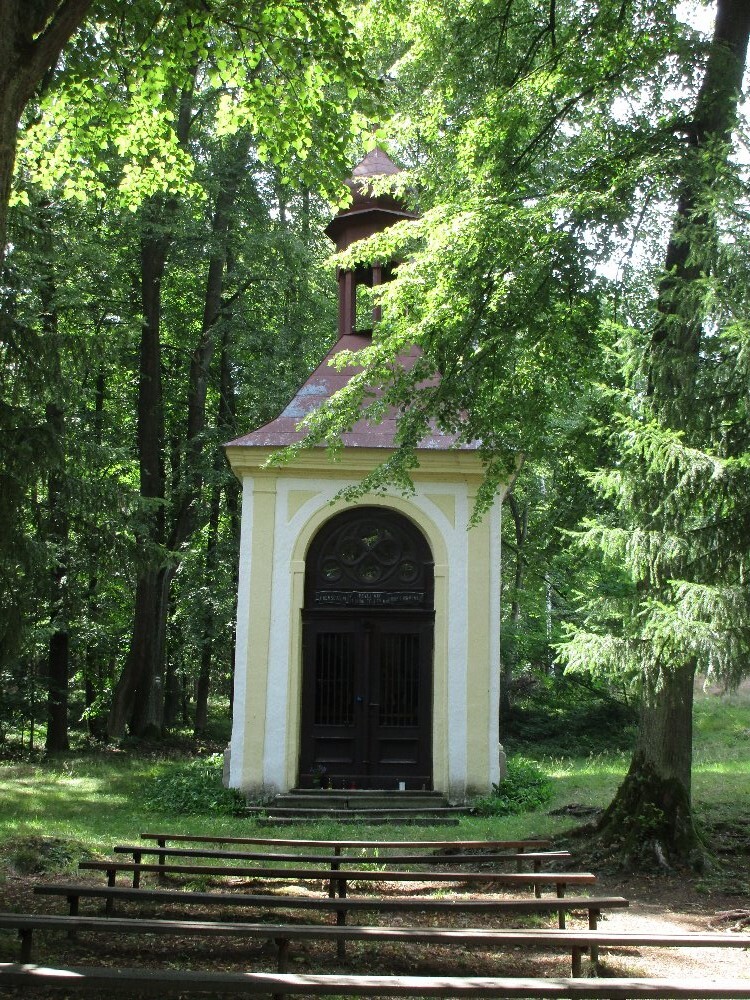 Vistas Over Třeboň Basin and More

In 1939, a wooden lookout tower was erected on the hill, but barely survived the end of World War II. Near the ninth chapel of the Stations of the Cross, its concrete foundations are preserved today. Even without a lookout tower, this peak offers beautiful views. From here, you can see the Třeboň Basin in the palm of your hand, but from here you also have views towards Choustník Castle, Soběslav or Tábor, and with good visibility you can even easily see the Bohemian-Moravian Highlands. 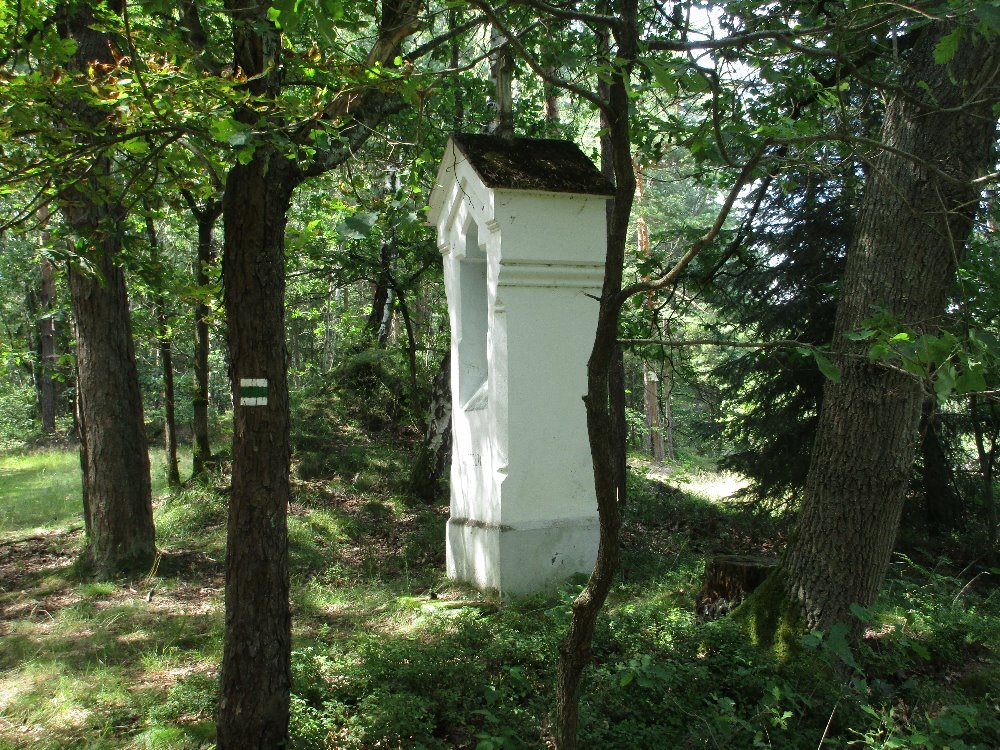 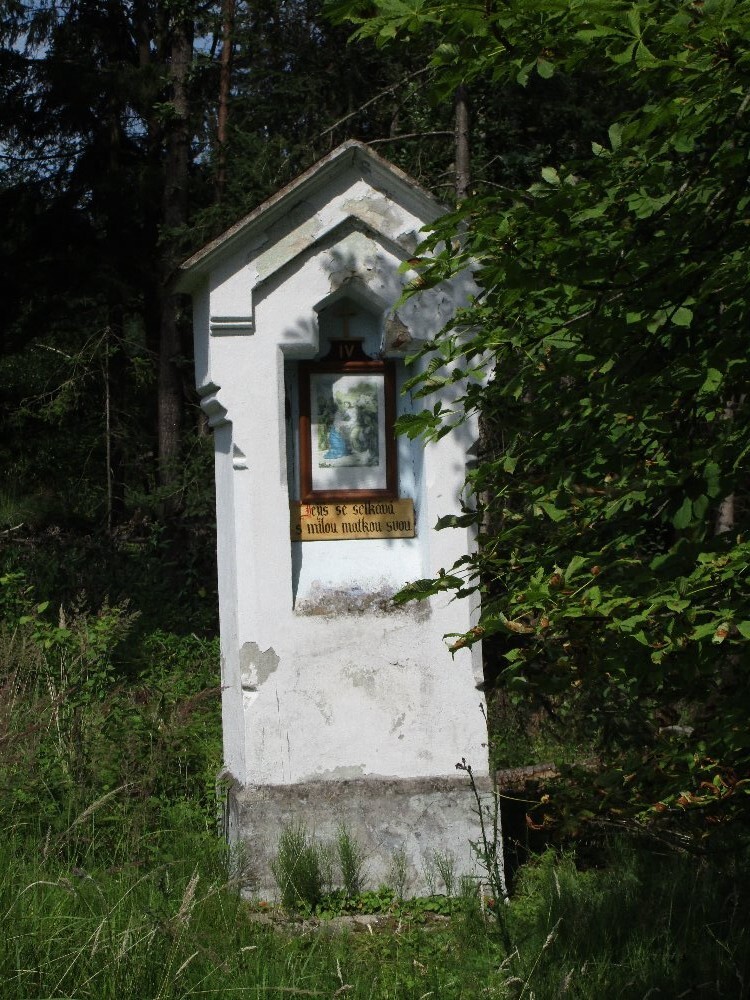 There is an emergency in Dunajovice, the French were killed there, they are sung in an old folk song and it is not so far from the truth. The incident occurred in 1806, when after the defeat of the Battle of Austerlitz and after the Austrian Empire had to subject France to vast territories as war reparations, there was slowly no worse enemy for the inhabitants of the monarchy than the Frenchman. So when a sick and impoverished French soldier, who got lost in his regiment, wandered to Dunajovice and begged the villagers to take him to Lišov, one of the local farmers loaded him into a wagon and set off with him, but in a nearby forest he was he beat and robbed other companions. 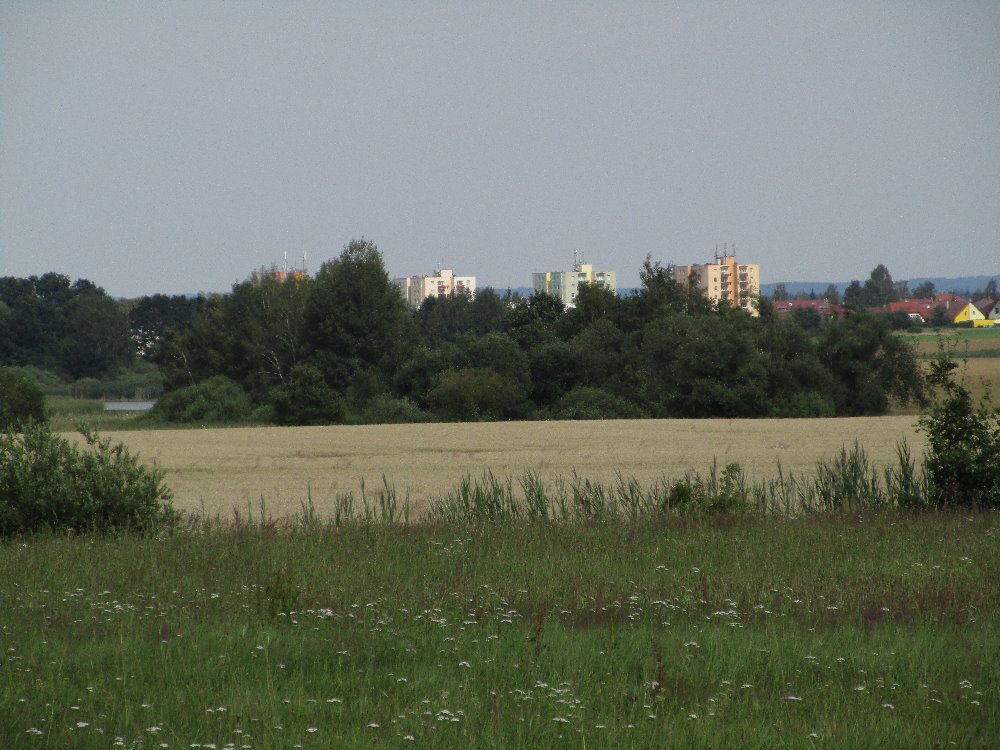 When it finally became clear what had happened in the forest, the courts did not have much power to investigate. Although objects demonstrably belonging to a French soldier were found in the homes of the accused, they were all acquitted in the end. The very mild verdict was probably due to the fact that a foreigner was killed, as well as a Frenchman. In one of the versions of the folk song describing this event, it is even sung that the conscience in one of the murderers was so moved that he had a pilgrimage chapel built, but the truth will probably be a little different.

If you go to Dunajovice Mountain with your dog companion, remember that you are entering the hunt and you should have your animal on a leash. Swimming is prohibited in the flooded quarry, even dogs swimming, if you are attracted by the possibility of fishing, you can buy a fishing permit at the municipal office in Dunajovice.