What makes south Bohemian villages so marvelous? Farmer-Baroque - unique folk architecture style which rooted mostly in this region. Baroque popular during the 17th and 18th century in Europe. First appeared in Italy its basic features are dynamism, expressing movement, emotionality, rich decoration, changing concave and convex lines. The Dientzenhofer family or Jan Blazej Santini-Aichel were among the most prominent architects. This, however, was the architectonic style to which mostly rich families were familiar. Not the common folk. 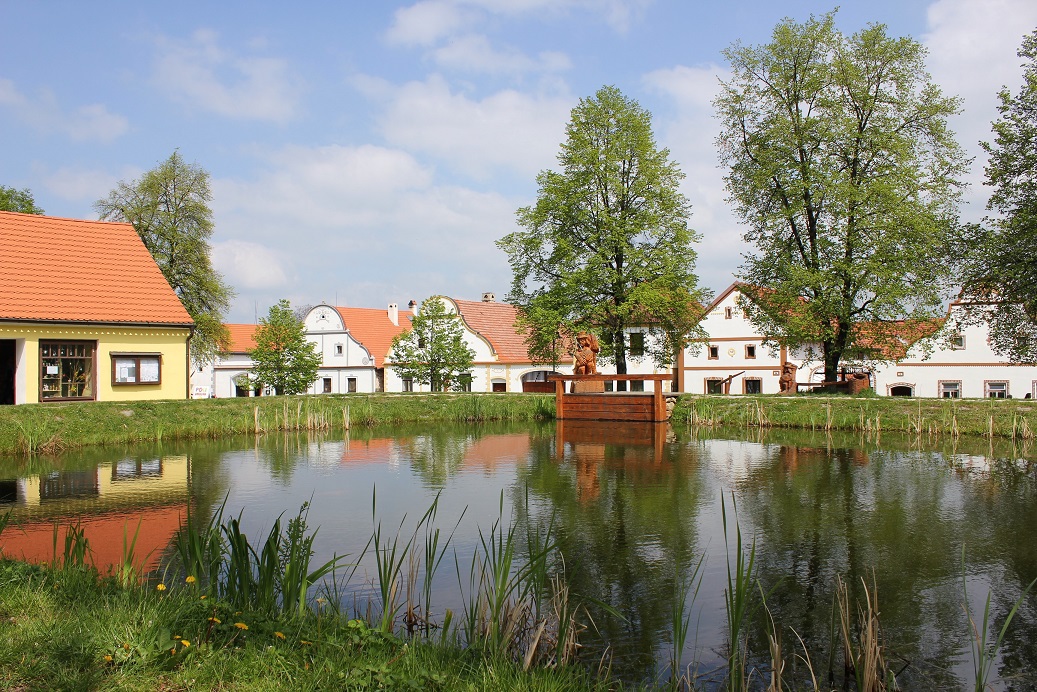 Farmer Baroque emerged as late as in the 19th century. Back then classical Baroque has almost disappared and replaced by classicism and some historic revival architectonic styles. Hence houses featuring Farmer-Baroque also are adorned by some classicist features. Architects used what they liked architectonic coherence regardless. Architectonic features are sometimes used entirely wrong. This appears often later when Baroque buildings were not solely used as sources of inspiration. Rather older village structures were taken as examples. This charming style peaked in the 1860s. Holasovice features its purest example. 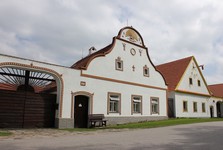 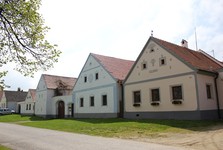 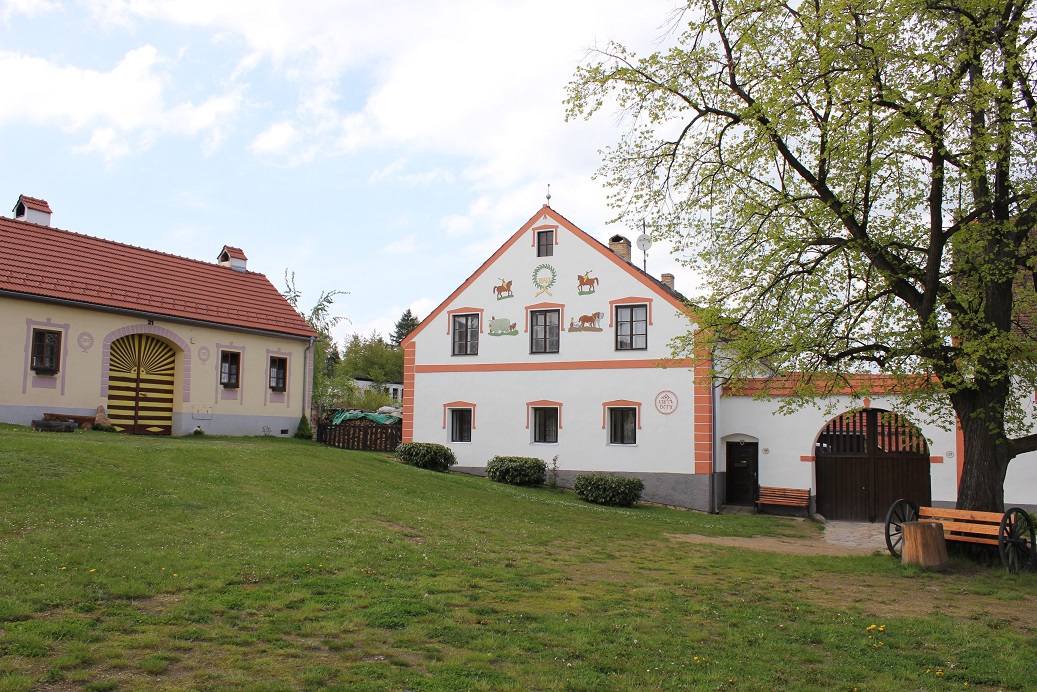 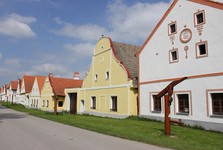 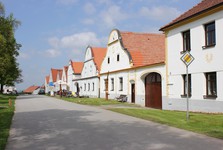 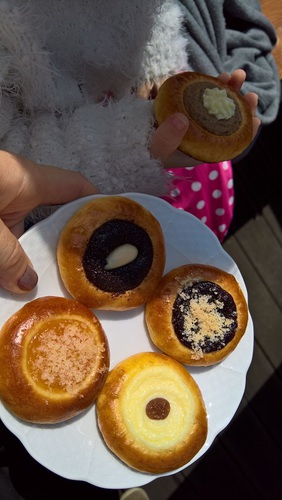 Don't picture some liveless open air museum as Holasovice is a vibrant village, a home to 140 people. 23 homesteads are protected cultural sights. Together these compose a coheren architectoic area. Medieval housing structure is well preserved here. Their farmer Baroque style gables face the village squre. Mostly, buildings are privately owned so you can't see them from inside. However, atmosphere is magical. Sit outside Jihoceska Hospoda pud bot enjoy the beauty around you. Also, they cook great, especially their Holasovicke kolache or blueberry dumplings are legendary.

There is a true water goblin sitting at thhe pond on the village square. He is only wooden though. In local grocery shop you can buy some bread to feed the fish. A popular children activity. Should you have good luck on weather you may enjoy some trully quiant atmosphere. 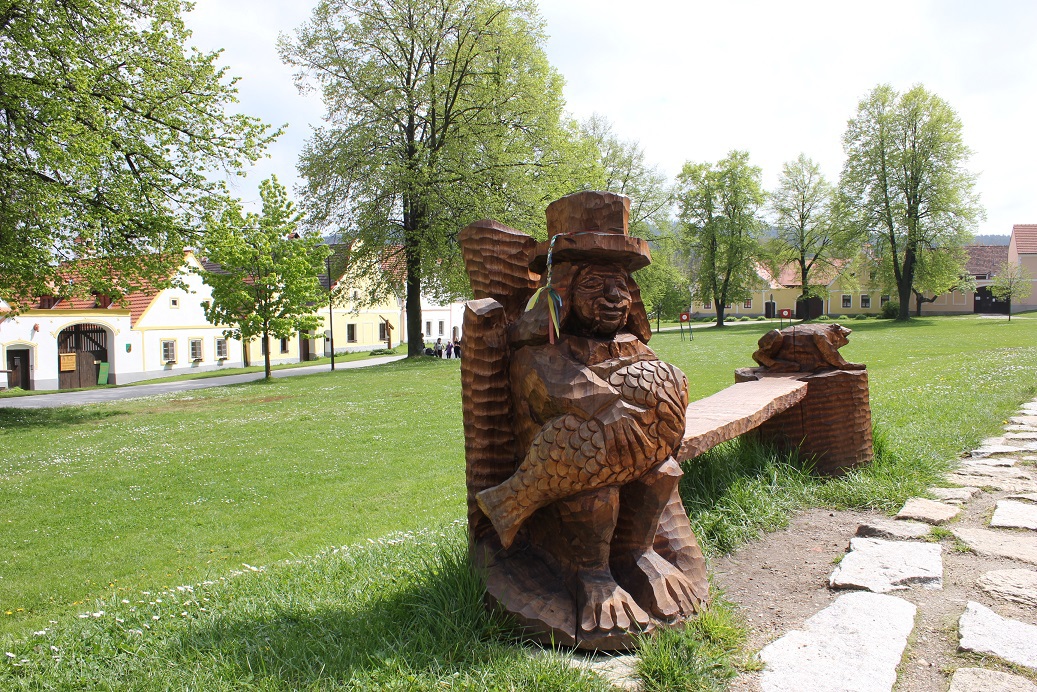 Farmer Baroque style is not only in Holasovice. If you travel across southern Bohemia you will see many houses with decorated gables. Also, there is a website focused on south Bohemian folks architecture which may serve as an inspiration for your trips.