While touring Moravia, we also visited the town of Holesov. it is situated on the border of two ethnographic areas - Hana and Valassko. Before we visited the cahteau, we took a walk in its center. There we learned a bit about its history. 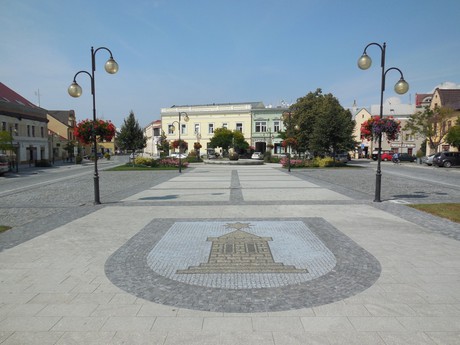 Holešov (as many other towns and villages in its vicinity was close to now non existing Amber Road which contributed to its development. The first written notes of its existence date back to 1131. First, it was a property of bishop. Once the Premyslid dynasty took power, Holesov became oficially a town. Jan Sarkandera, who was later sanctified, was an important person here for he was local priest. Once rich Johann of Rottal became the owner of the town he further developed it as well as his successors did. The large chateau and gardens were built around this time. For some time they were even on par with the chateau in Kromeriz. During the interwar period, architect Bohuslav Fuchs created two famous works. The architect studied in this town 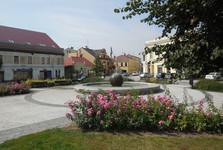 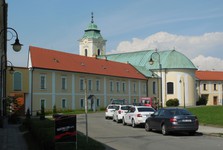 Jews make a distinct part of town´s history. Holesov became a refuge for ultra orthodox jews as well as several kabal refugees. Therefore, it became a place of pilgrimage of orthodox Judaism. Th year 1848 marks the peak of jewish community. Then also Zidovsky Holesov, a governing unit, was set up. Locals, however, were not content about jews living there wich later led to the so called pogroms. Once the fascism took its grasp over the country, the jewish community of Holesov vanished (holocaust). Due to Jewish presence in the town, the most progressive fascist movement in the country was founded. Later it became a political party called - Narodni Obec Fasisticka. After the war, the jewish religious community was renewed, however, it vanished again because of the communist regime. The last native inhabitant died in 1986. At the present, the Jewish presence can be seen on cultural events and landmarks. The Chess Synagogue belongs to such. It is one of the most important landmarks in the Czech Republic. Moreover, it is said that it is the only Polish-style synagogue in the world. There is also a Jewish cemetery in Holseov. Rabbi Shabtaje ben Me'ir ha-Kohena is burried there. Hundreds of orthodox Jews from all around the world visit his place of eternal peace every year. 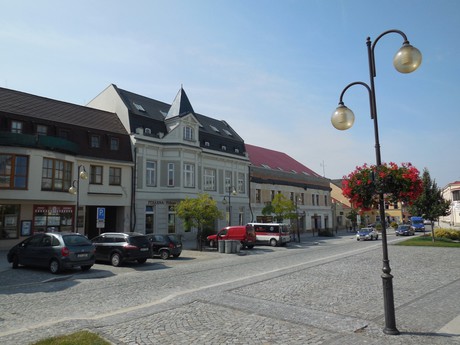 To rebound after the story of its tragic history of Holesov, we would like to mention that Holesov was the place of birth as well as life-long residence of the tallest man in the Czech Republic – Josef Drásal. He was called the gian of Hana for he was 242 centrimeters tall. As a stage artist he performed all around Europe and even Napoleon Bonaparte saw him perform. The town is known also for elite unites that trained there. In the 1930s, elite borderguards were trained there. Later, there trained German Schutzpolizei or Protectorate police. In the communist era, communist police was trained there and today, one of the three largest police academies is situated there. Also, there is the easternmost meteorological station station in the Czech Republic. 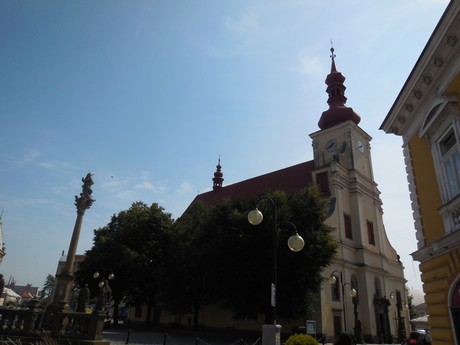 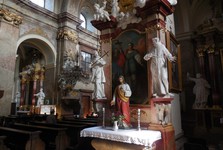 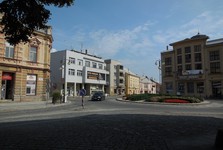 The Assumption of the Virgin Mary church is situated in the center of the city. The same goes for a 18th century Marian column and buildings housing banks, stores, restaurants or cafes. Holesov Chateau is situated near the city center. It was built in 1564 and replaced a stronghold which stood there originaly. The chateau was rebuilt several times. At the time of our visit,it was undergoing an expansive reconstruction oV. The Swedes plundered and burned down the chateau during the Thirty Years War. During the time of rule of Baron Rottal, the chateau was one of the cultural centers in Moravia. today, it holds several exhibitions in its chambers. Social events or weddings take place regularly at the chateau. 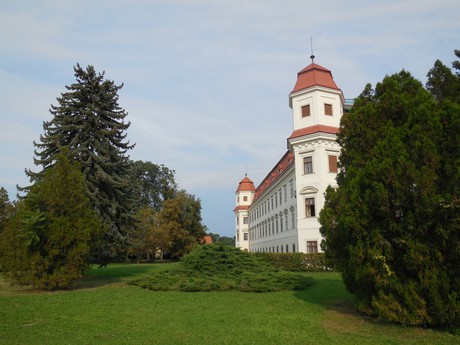 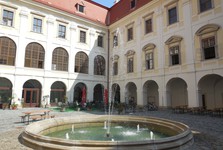 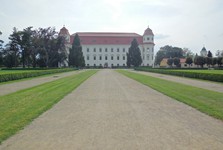 Also, we recommend restuarant at the chateau. We hed truly royal meal served by friendly staff in beautiful environment. Once you are done with touring the chateau, visit thelarge garden which had been built in several stages since the 17th century. There are statues, or a water system which symbolizes the staff of Neptun - the trident. Moreover, there is the Rose garden with an astronomical observatory, or a bust of the famous Baroque music composer Frantisek Xaver Richter. He was born here and also lived ther efor some time. There are many other beautiful places aroudn teh chateau. 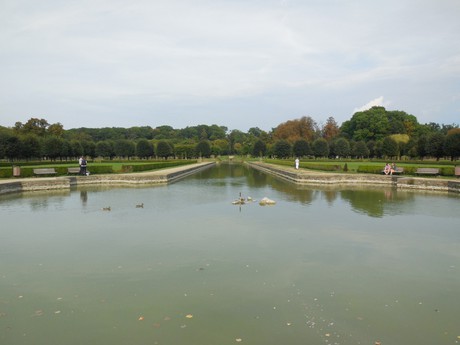 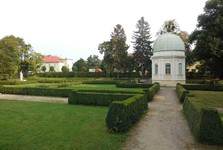 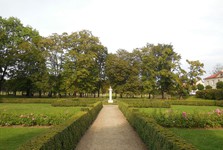 Holesov is such a town which seems like there is not much to do except to see the chateau. But this is just the first impression. If you travel around visit it for it is home to many important historic figures, historic events, and beautiful landmarks.