Pleasant town with oblong square has a long park in its middle. Also, a baroque church, or fountains are on the square. Bit further is a sanctuary. It’s a chapel of the Virgin Mary located on Dobra Voda hill. 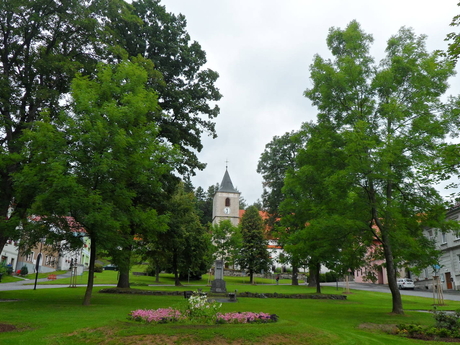 Favorite tourist destination in summer and winter. It is close to Austria is a promise for quality skiing. You will be content in Kramolin or Frymburk ski resorts. In summer, local sand beaches have the highest rankings. During season they will lend you boats, pedal, and bikes. Original 14th century settlement had a trade route to Austria going through it. The town with a bear with a red rose in its coats of arms was developed thanks to markets with crafted items, also graphite deposits, turf mining, and construction of Schwarzenberg Navigation Channel . 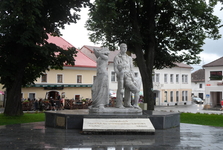 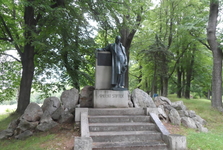 You find here family houses, historic buildings, and communist architecture such as a mall, or housing estates that differ from the classic panel houses for their roof. Until 1958 in the valley near town ran the Vltava but it was replaced with Lipno dam. The valley was called “the gate to Sumava’s treasures” by native Adalbert Stifter. Locals still remember this poet, writer, and painter. You can find traces of him everywhere. He is remembered on memorials, and memorial boards. The largest a granite obelisk (14,5 m) has been since 1876 situated in the rock above Plesne Lake . In the past it was often closed. Another memorial is Stifter’s 17th century birth house with detailed exhibition on his life and work. To his honor was established a park with circular nature trail. It goes from the birth house across the square and then further across forest park until it reaches the bronze statue of the poet. And also there is a sanctuary with a chapel. The č-kilometer trail has many places with beautiful views along, and many memorial trees. 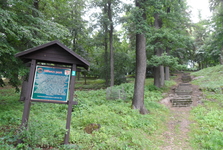 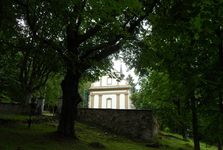 One of many milestones in Horni Plana’s history was inundation of Lipno dam. This transformed whole landscape. Also two large fires added to this metamorphosis. Fates of this border town was marked with German settlement and then their displacement. After 1948 there was a forbidden zone and than military training area of Boletice. 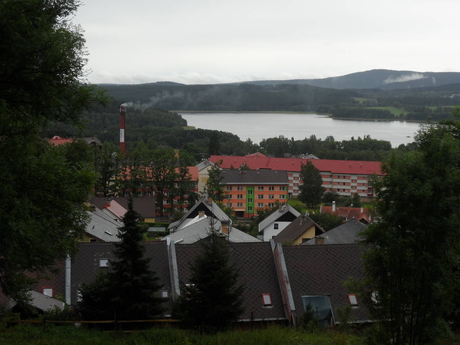 Horni Plana is located at 726-914 meters of altitude. It is a point to start trips to Sumava national park. It gives great base and entertainment. Summer cinema, football field, and infocenter are also there. 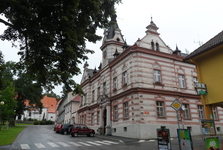 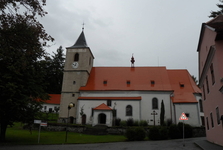