Thanks to the House of Lobkowicz a Renaissance chateau was build there in the 13th century. A large 40-hectare park was part of it. The nobility had there their games. Within the park are also historic buildings waiting to be repaired. 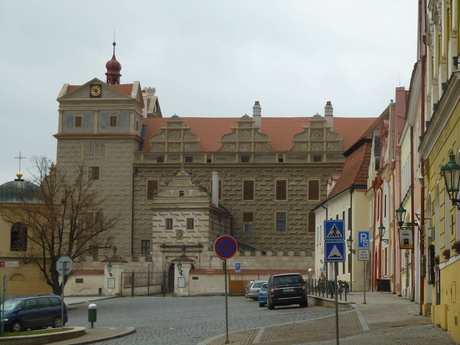 The nature trail starts by the chateu. The infoboards would tell you that the whole complex, chateau included, was declared a national culture monument in 1996. Closer look would tell you that it used to be a Renaissance summer residence, or Vdovsky House . The name was related to Alzbeta who lived longer than her Lobkowitz husband for more than 30 years. She used the residence not solely for administrative pruposes. The Museum of National History had its residence there in the middle of the 20th century. 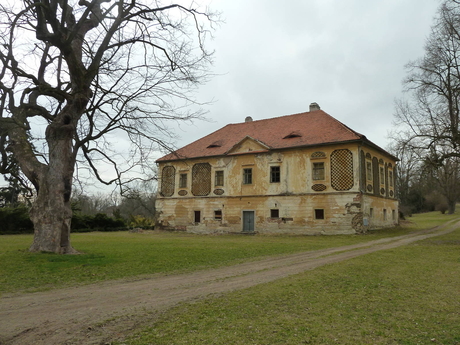 The path goes through diverse terrain. It goes through the valley that starts with ponds, and it further ascends to the meadows. Local woody plants are mixed with foreign bushes and trees, remnants of a dendrological garden. At the highest point, you can see another historic torso – a octagonal loreto chapel, the very first in Bohemia. Its model is a holy temple in Nazareth the place where Virgin Mary used to live. Later, the chapel was transformed to sightseeing pavilion. 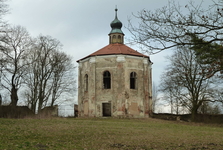 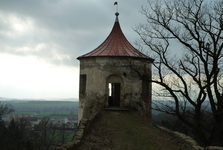 We leave loreto behind and enter a lime alley. The alley runs to the observation tower standing on a rock, also known as a gloriette. Originally Gothic-style tower was used as a guard tower giving its guards perfect oversight of the surroundings. You continue downhill from there along a stone wall until the 4-kilometer circuit ends. The chateau park is also open for leashed dogs. Currently, Lesy Ceske Republiky administer it, also there is a plan to renovate the objects. 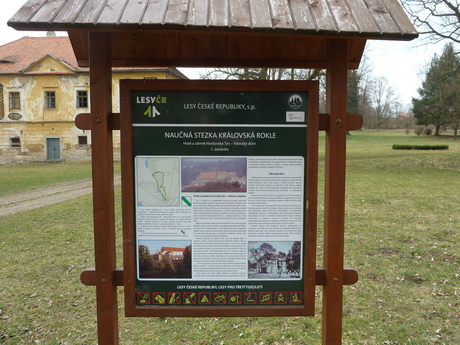