en.infoglobe.cz » CZ, Hradiště: A Hill Where the Litavka Springs Out

Hradiště is located near Nepomuk and is one of the highest mountains in Brd, although it does not look very significant in the terrain. It reaches an altitude of 840 meters, which is only a meter higher than the neighboring Brdce. Both hills are part of the highest Brdy ridge stretching from Tok to Prague. The name of the hill was actually given by misunderstanding. At its top is a small stone sea, which was mistaken for the rest of the fortifications. Although this formation is a creation of nature, the cartographers liked the name Hradiště and quickly got on the maps. The Rubble sea at the top is a really impressive natural scenery, which balances the absence of any view. From some intersections on the Jeřábecká forest road leading to Brdce, you will see, for example, the nearby Koruna rising above Bor. 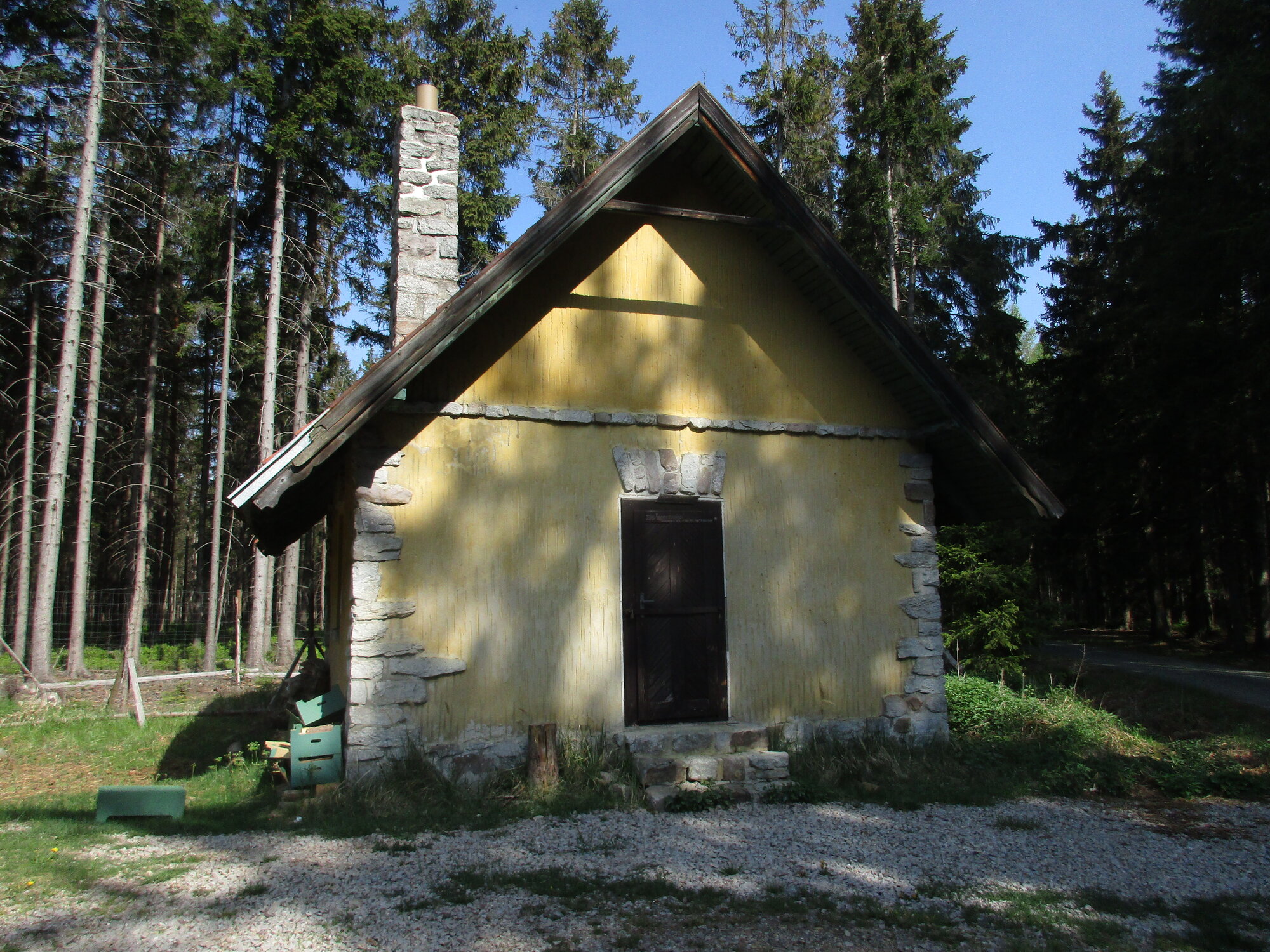 The nearest building, which is demonstrably the work of a human hand, is the nearby U Břízy hut (sometimes also called Emanuel's hut). The name Emanuel's Hut is associated with the local forester Emanuel Kraus, who is also remembered by the nearby Kraus Cross (also called U Palouku in the maps). In these places, a fully loaded car overturned the forester and he miraculously escaped.

The Spring of Litavka and a Well

On the slopes of the hill lies the spring area of Litavka. From here, the river flows around Skelná huta and the humid locality V Šajtech, then its water fills the Lázská dam. Near the top of Hradiště there is also a well, which can be reached on foot from the Borská Forest Road. 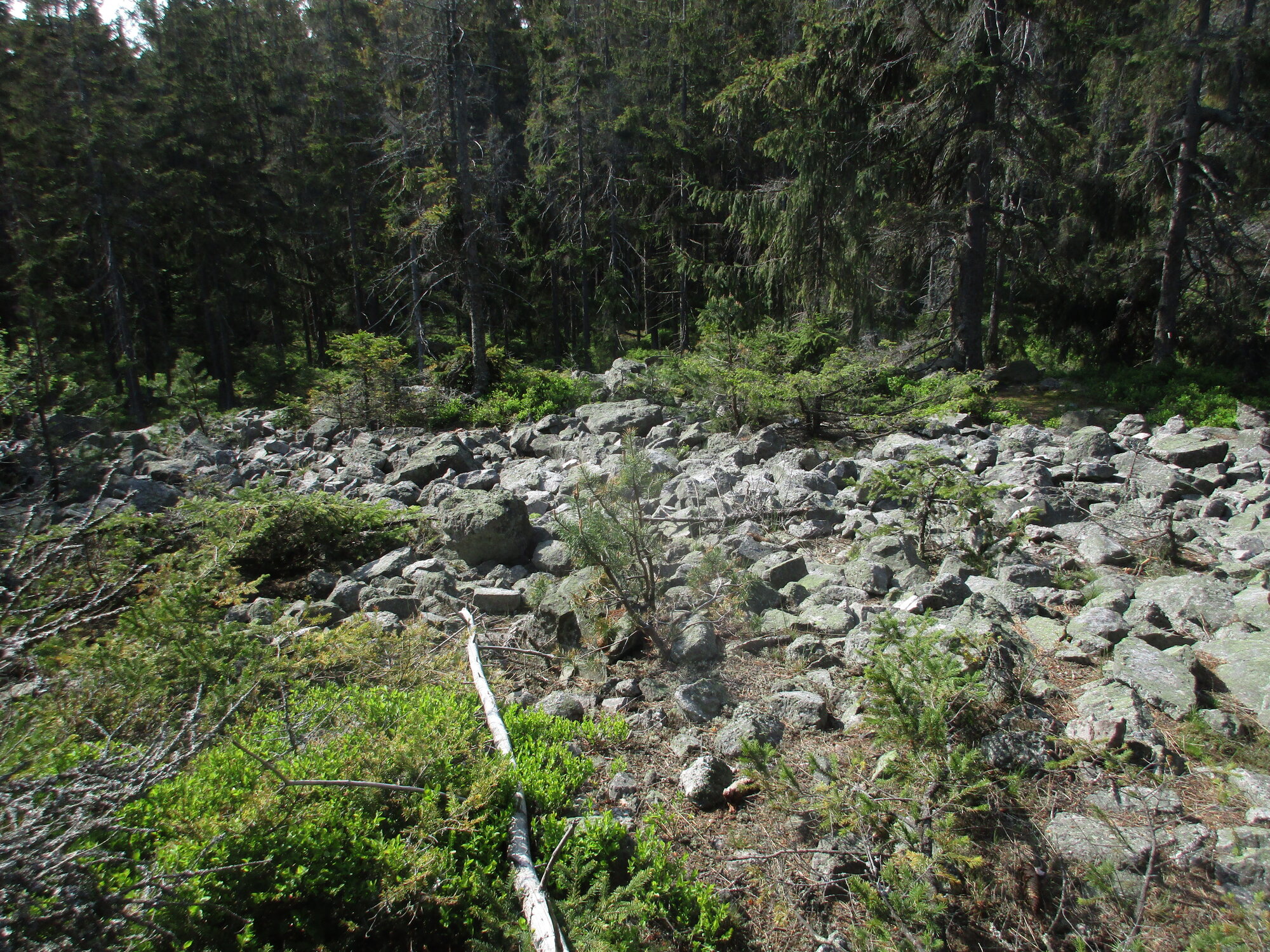 It is closest to the hill from Nepomuk. Not far from the Pod Plešcem crossroads, the Borská forest road begins, heading towards the Bor meadow enclave. It passes around Kraus's cross, followed by the brick hut U Břízy. Directly opposite the hut, a forest road turns right, from which several forest paths meander through the rocky sea at its top, turning to the very top of Hradiště. 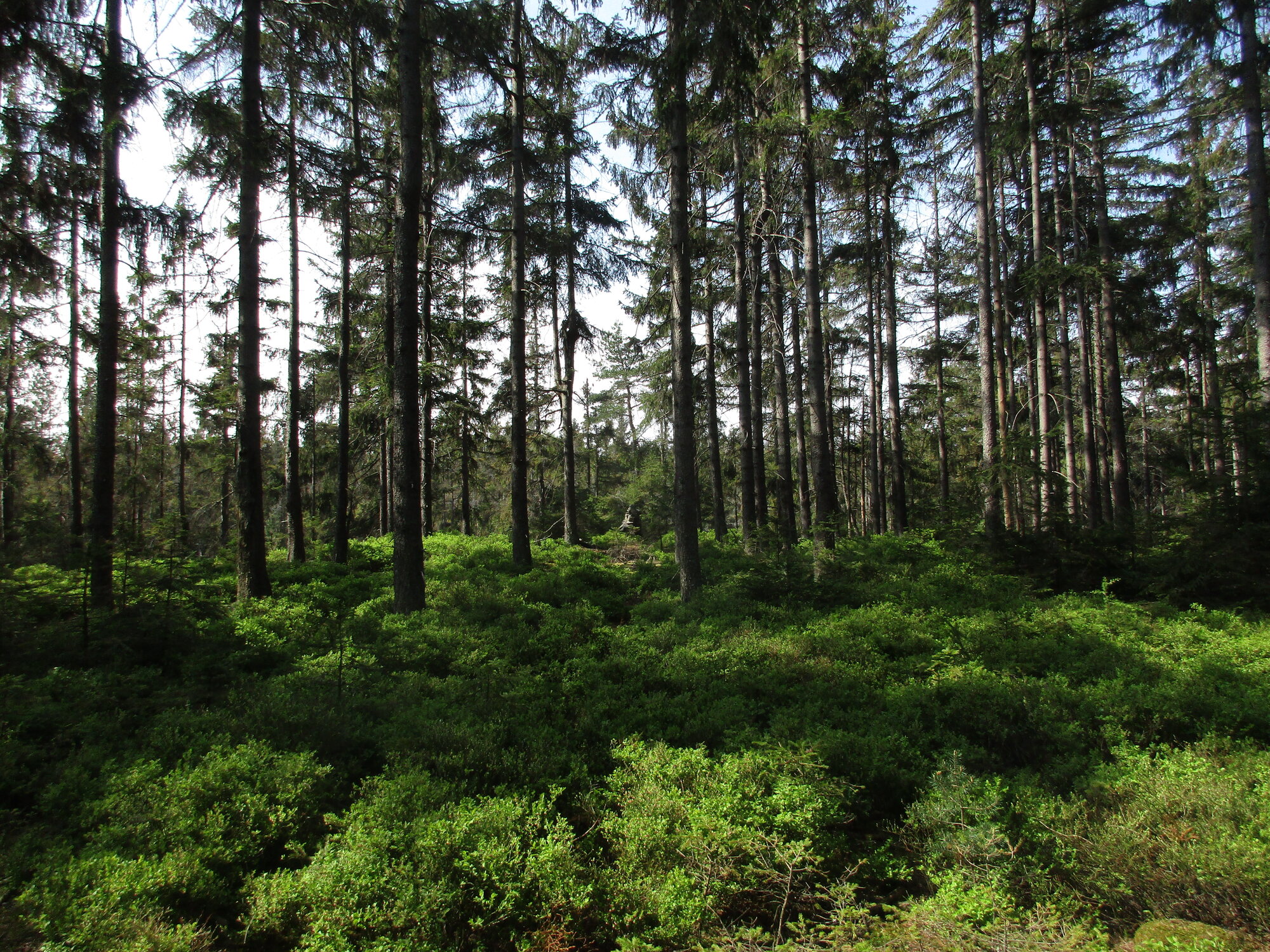 If you walk to Hradiště, it is not far to the neighboring Brdka. They are separated from Hradiště by a shallow saddle in places called U Vojáka. The Jeřábecká forest road begins here, from which several unmarked turns lead to Brdka. From Brdce you can either return along the Brdecká and Havelská forest road back to Nepomuk, or go to Skelná huť and Láz. 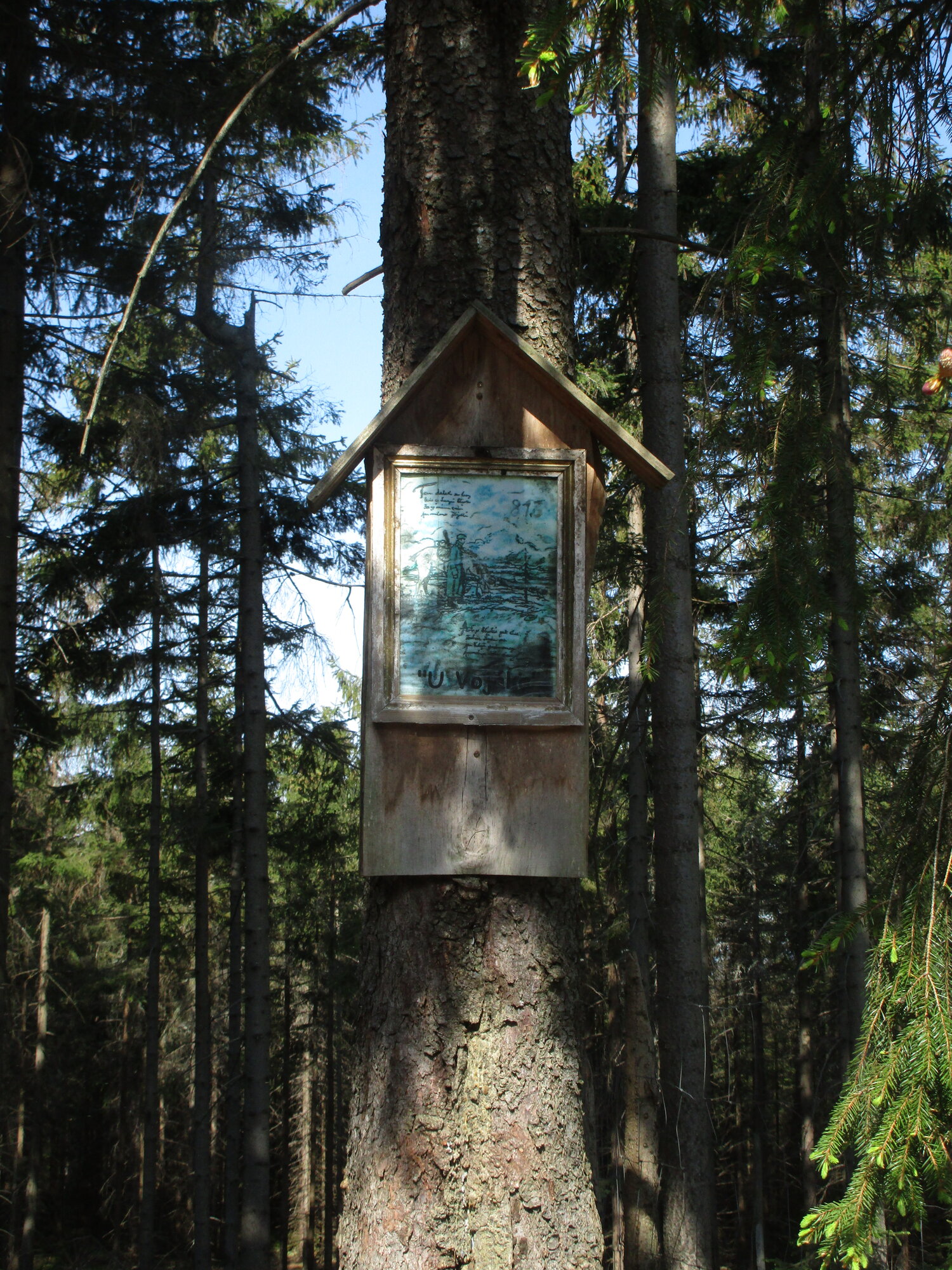 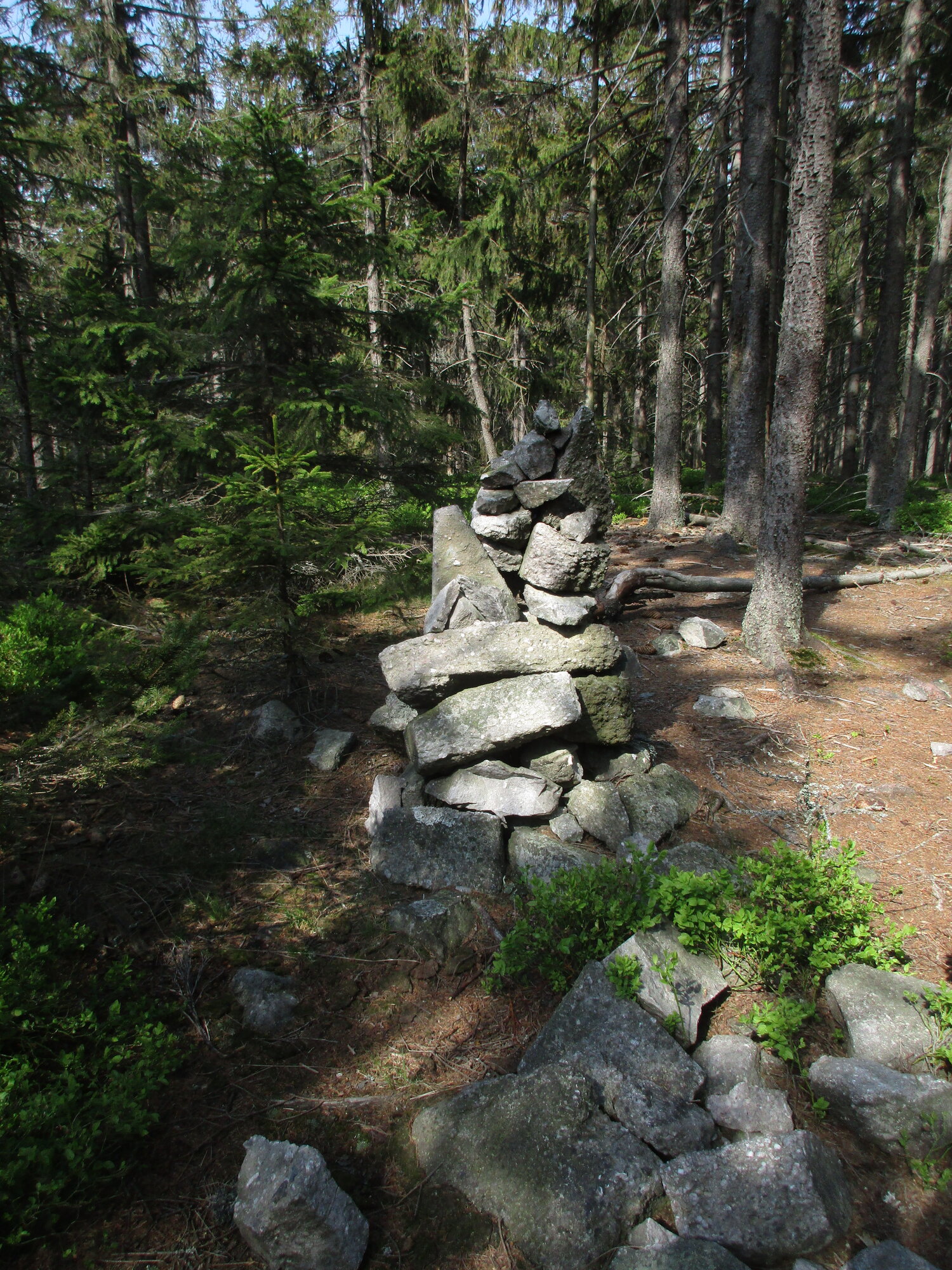 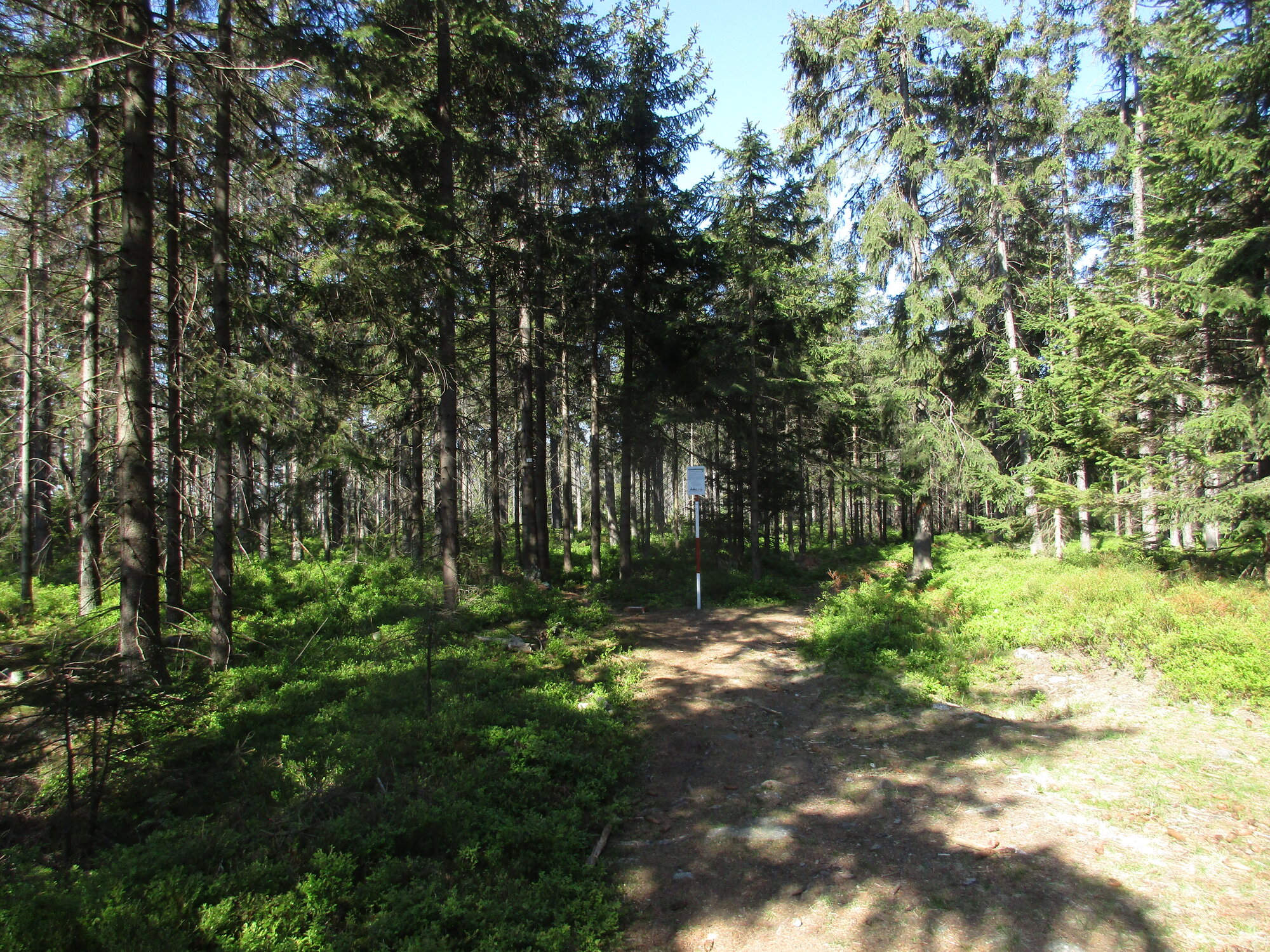 From Hradiště you can go not only to the mentioned Brdka, but in the opposite direction also to the well-known Prague and the somewhat lesser-known Malý Tok. This hill is the third highest peak in Brd, but its peak is so inconspicuous that you might not even find it without a sign. However, the triangulation point of the trigonometric network of the first order is marked out here, which is also indicated by the leveling rod and the remains of a brick column with a stone bollard. If you continue from Malý Tok to Prague, you can't miss the place called U sv. Jana. There used to be a shed guarding the road from Nepomuk to Strašice. It was named after a statue of a saint placed on a pillar near a crossroads. Today, the building no longer stands, but a sign on a tree reminds her of it. 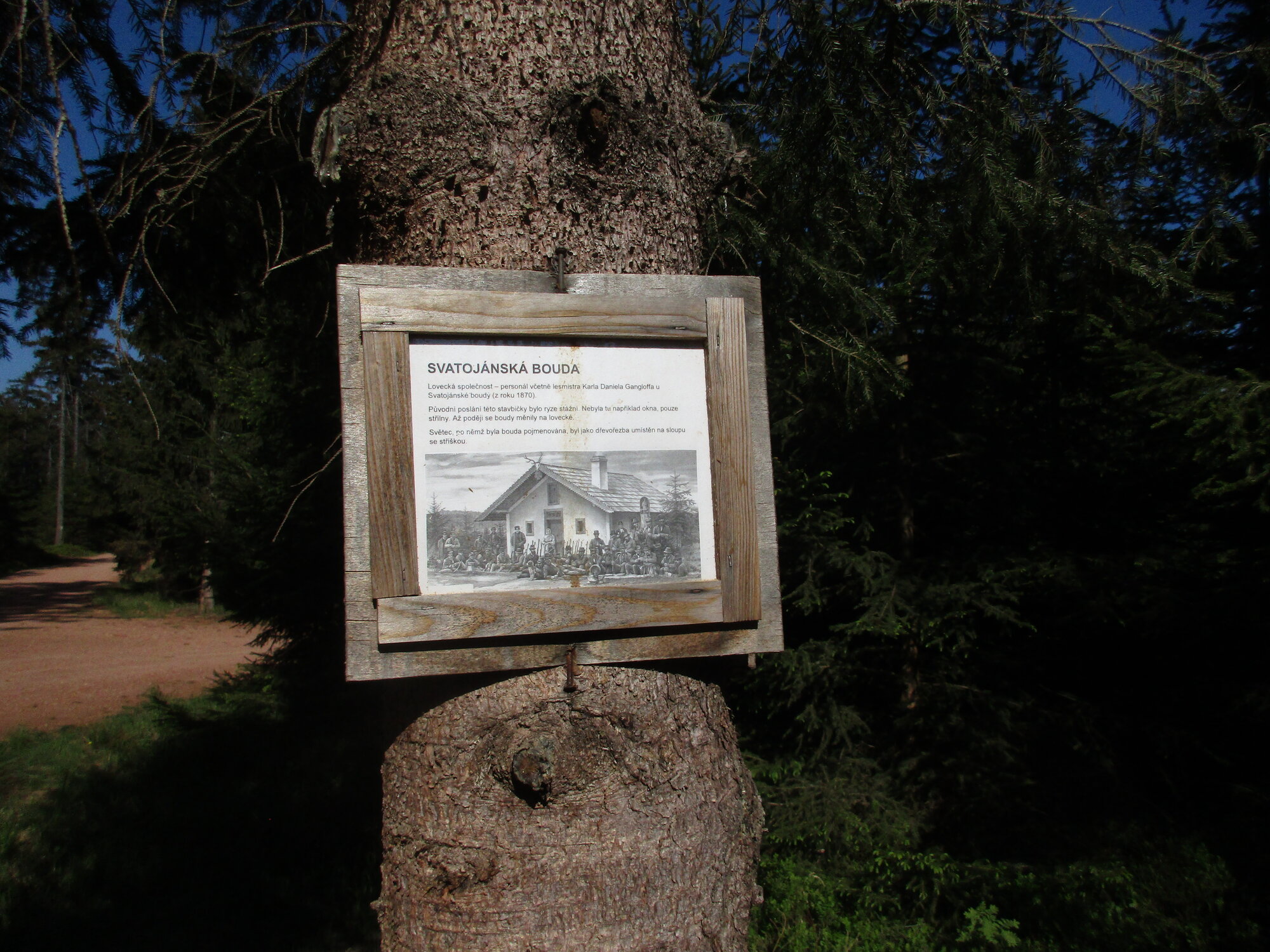