en.infoglobe.cz » CZ, Hranice: A City of A Symptomatic Name in the Most Wester Part of the CR. 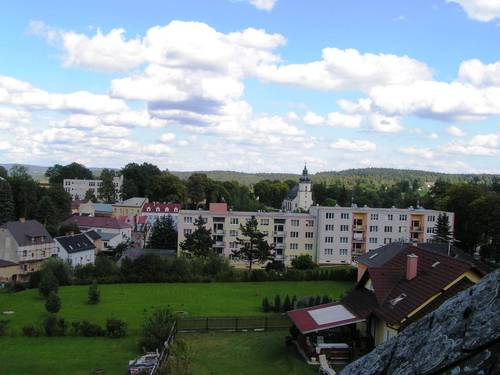 Today, the situation is different and the town is opening itself and tries to start cooperation with neighboring Germany. From a forgotten part of the Czech Republic the town emerges today as an attractive unexplored tourist destination. The town is waking from shadow of the past and catches fresh breath. There are no castles, zoos or monumental mountains but you can see there beautiful nature, picturesque landscape or you just relax in deep forests walking and breathing fresh air or riding on maintained tracks for bicycles.

The town of Hranice is situated in the most western part of the Czech Republic about 10 kilometers from Aš. It’s a part of the Region of Karlovy Vary and the Ašský výběžek. First notes about the town come from the 14th century. Hranice is situated close to the border with Germany where the borders of three states – Bohemia, Bavaria and Saxony. Importance of the borderline depended on political development. Growth of the town was to some extent depended on openness of the state border.

Sealing off the state border during the rule of communism influenced peaceful development of local landscape. Today there is beautiful unspoiled nature hiding many unique objects admired by visitors from maintained tourist and bicycle paths. They can also see plants, animals, various water surfaces and interesting secluded places. The location of the town and its vicinity offers good condition for recreation, relaxation and studying nature and history. 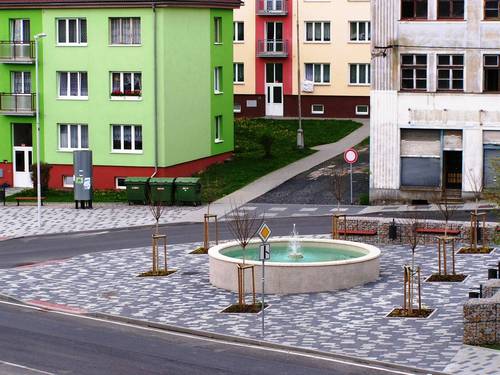 A road of the second class goes there from Cheb through Aš to Hranice (you can get there by bike along the former borderline). If you cross border crossings at Ebmath and Krásňany you can continue to Germany or to the Krušné Mountains.

Three territories are joined to Hranice - Studánka, Pastviny and Trojmezí, all of which used to be towns once. Today Hranice has a population of 2200.

Today the borderline is passable and border-region has now opportunity to grow. There is an intensive cooperation with neighboring cities that leads towards better integration within Europe. The town cooperates with Germany in the Euroregio Egrensis project the main idea of which is to deepen mutual relations with the west-Bohemian region as well as with Germany. Another international project the town is engaged is the Friends in Heart of Europe the goal of which is cooperation and support of mutual projects as well as communication among municipalities. Last but not least, the town is a member of Ašsko Association that work on a mutual project and development of towns in the Ašsko region. 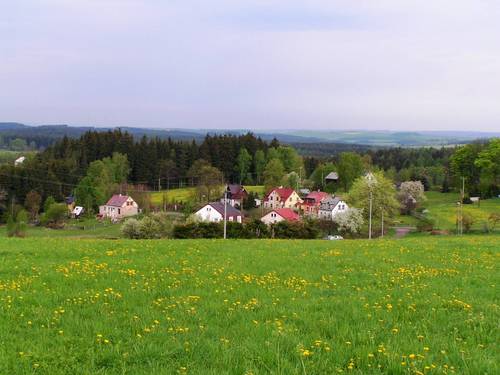 The town is one of the most industrious in the Chebsko region. After the state borders were opened German capital started flowing into the country and today there are several private companies employing people from the whole microregion.

From the historic perspective, an important role in creation of sources of livelihood there had agriculture. Earlier, there grew corn, grain, rape plant, potatoes, and flax. Today, fields are used as pastures for cattle. The largest cattle farm is Farma Trojmezí a. s., which keeps the Charolais breed that came from France. Its operations are focused on breeding of stud bulls and heifers for bio farmers. Its production is exported to the whole Europe.

There are several shops, pubs, a Pilsen restaurant, municipality with its 15 representatives, library, health center, old people’s home, cultural facility, post office, gas station, elementary school and kinder garden. There is no police in the town. There are several interest groups that organize some cultural events for locals during a year. Among the most active is the elementary school, gardeners, fishermen, sport association, voluntary firemen, Parents council and Children Association. 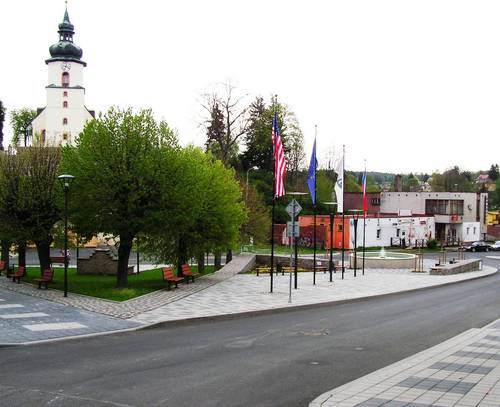 Worth mentioning are activities of local school. It is the most western school in the Czech Republic that has very good program for its pupils. The school has strong ecological program and its priorities are in conformity with it. Pupils and teachers are interested in springs, wells located in vicinity, they heal forest, clean local creeks, they plant decorative bushes, warn about illegal dumpsites, monitor rare plants and animals inhabiting a protected area near the town. They also use a new outdoor classroom. The school was awarded with the Ecoschool title in 2008. In 2013, it defended successfully its title for the third time.

In the present, Hranice change its form by small regular steps it bounce from its grey past to its colorful future. If you visit Ašsko and you want spent a peaceful afternoon in nature, Hranice is an ideal starting point. The best would be the red tourist path that goes from Trojmezí, Hranice to Aš and Cheb. Also the No. 2058 bicycle track (the Iron Curtain track), is suitable, it will lead you right to Aš.

3.) Memorials around the town devoted to the Great War and the Second World War fallen soldiers

4.) A memorial in Farský forest devoted to the soldiers from crashed bomber

5.) A memorial on T. G. M. Square devoted to liberators of the town

6.) Buildings of local gym and school

7.) A conciliation cross in Trojmezí

8.) Boundary stones at Trojstátí, the 13/9 boundary stone at which the Iron Curtain entered Czechoslovakia 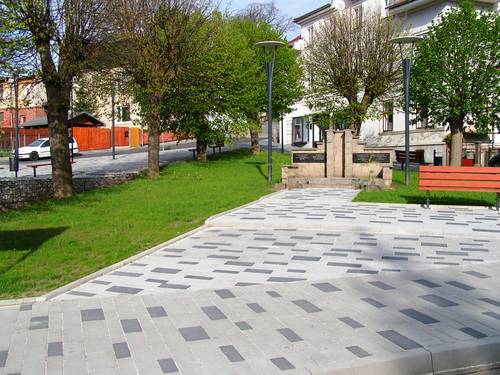 1.) In the 19th century, the town is well-known for its textile industry, also carpets, scarfs, headscarfs, curtains were made there and exported to the whole world

7.) In the 1950s the borders were closed. Paradoxically, sealed off borderline helped to develop unique natural associations.

8.) Hranice is the most industrious town in the Chebsko region.