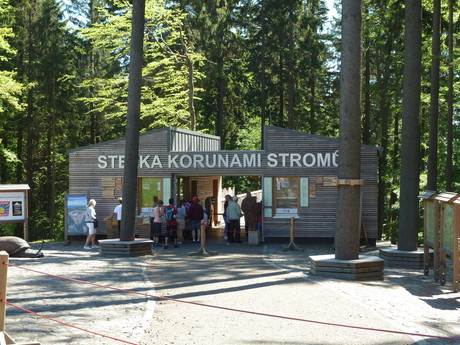 You will climb as high as 42.7 meters along this Korunami stromu trail in the Krkonose Mountains. A two-meter-long wooden walkway spirals up the lookout tower overlooking the surrounding area. Places in your view are described on labels, also distance is added. And when you focus on the closest surroundings, you will find out what is in the tree tops. You will find yourself above crowns of grown trees in the Krkonose Mountains National Park. The spiral of the tower is gradually expanding, with an average of 23 m in the starting point, the viewing platform has a diameter of 40 meters. And because you're above tree tops, it is quiet windy there. 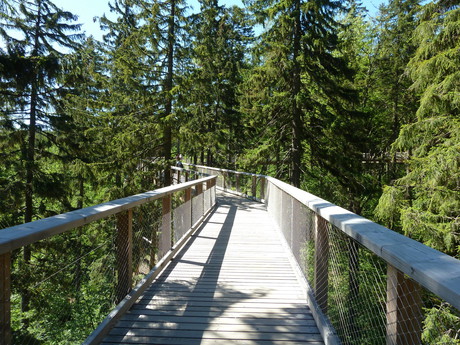 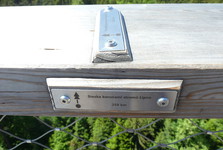 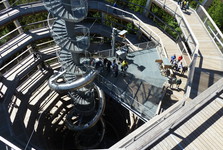 Like Korunami stromu trails in Lipno and Dolni Morava, here in the Krkonose Mountains there is also a water slide. 80 meters long. You get to the bottom very fast. Unlike other climbing trails, this one goes also underground. Inside a 150 m² cave there is an underground learning center where you can learn how long does it take for soil to be formed, where nutrients come from, or that most of the life is situated under the surface. There are also roots of trees there. Their tangled root arrangement is visible at the ceiling of the cave. 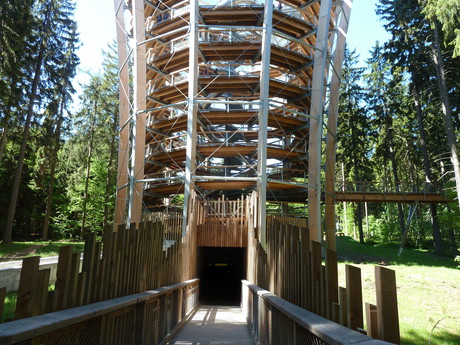 All the way from the car park to the top is wheelchair accessible. The lookout tower is located near the main road, which is connected by a large parking lot. From here you go past the exit building with a restaurant back to the cash desks. The wooden walkway takes you to the tower of the tower. First you descend to the underground and then continues to the top to 826 m above sea level. Besides its well-equipped facilities and large-format photodocumentation of the building there is also a souvenir store. However, we were quite in shock from local prices. 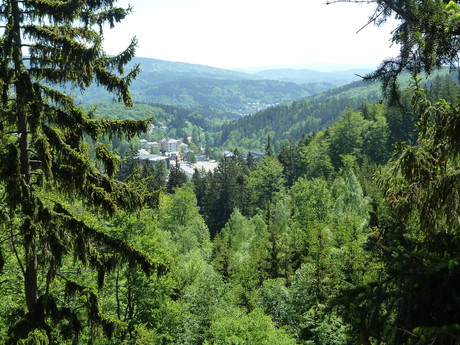 The center of Janske Lazne will take you through the middle ridge. It runs from the parking lot behind the exit tower and around the hospital to the colonnade. Except December 24, the tower is open every day. Dogs are not allowed but you can leave it in the cubicle. 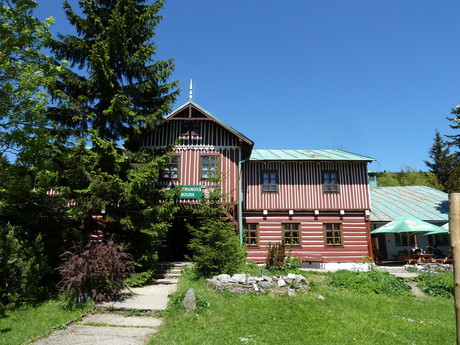 CZ: Easy Trips in the Giant Mountains  – From Janské Lázně to Černá Hora

Published: 9.7.2020
Visitors go to our oldest national park for fresh air, mountain tours and unique nature. You can spend an active and unforgettable summer vacation here. We will give you a tip on what to visit and where to stay so that you are close to everything important.

The mountain town of Harrachov, which is surrounded by the beautiful Giant Mountains, offers many...

CZ: Spindleruv Mlyn – The Town in the Heart of the Krkonose

Skiing in Spindl (Spindleruv Mlyn). It is sort of a Czech cult classic. But the place has its gre...