The emergence of the first modern hydrotherapy baths was preceded not only in the former Austrian Empire, but also around the world by a number of problems. The founder Vinzenz Priessnitz had to win the favor of the then nobility and the inhabitants of Frývaldov (currently Jeseník). He tried to convince them of the healing effects of "ordinary" water, for which some considered him a gifted and omnipotent physician, others considered a charlatan and the devil's envoy. Vinzenz himself came up with the healing effects of the local water, allegedly by accident, by observing forest animals and treating his own injuries with water wraps. 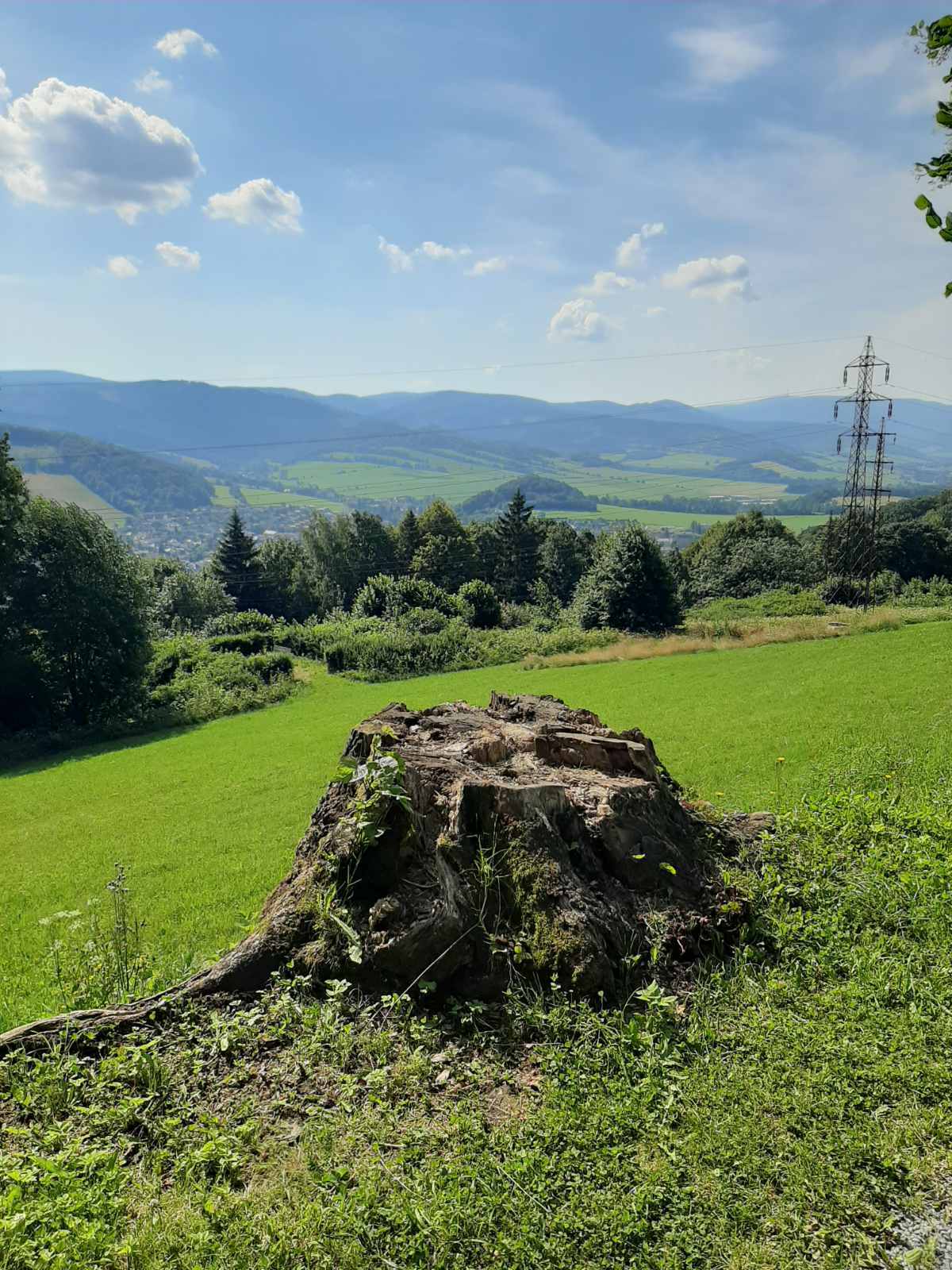 Fortunately, he managed to convince all the people, and so in 1822 the first hydrotherapy institute in the world was established! The importance of the spa is also evidenced by prominent guests at the time, such as the novelist Nikolaj Vasilijevič Gogol, the poet Josef Dorotka Chmelenský, the sculptor Ludwig Schwanthaler and the composer Franz Liszt. 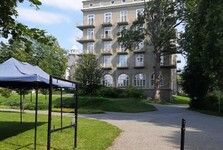 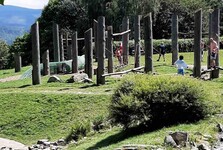 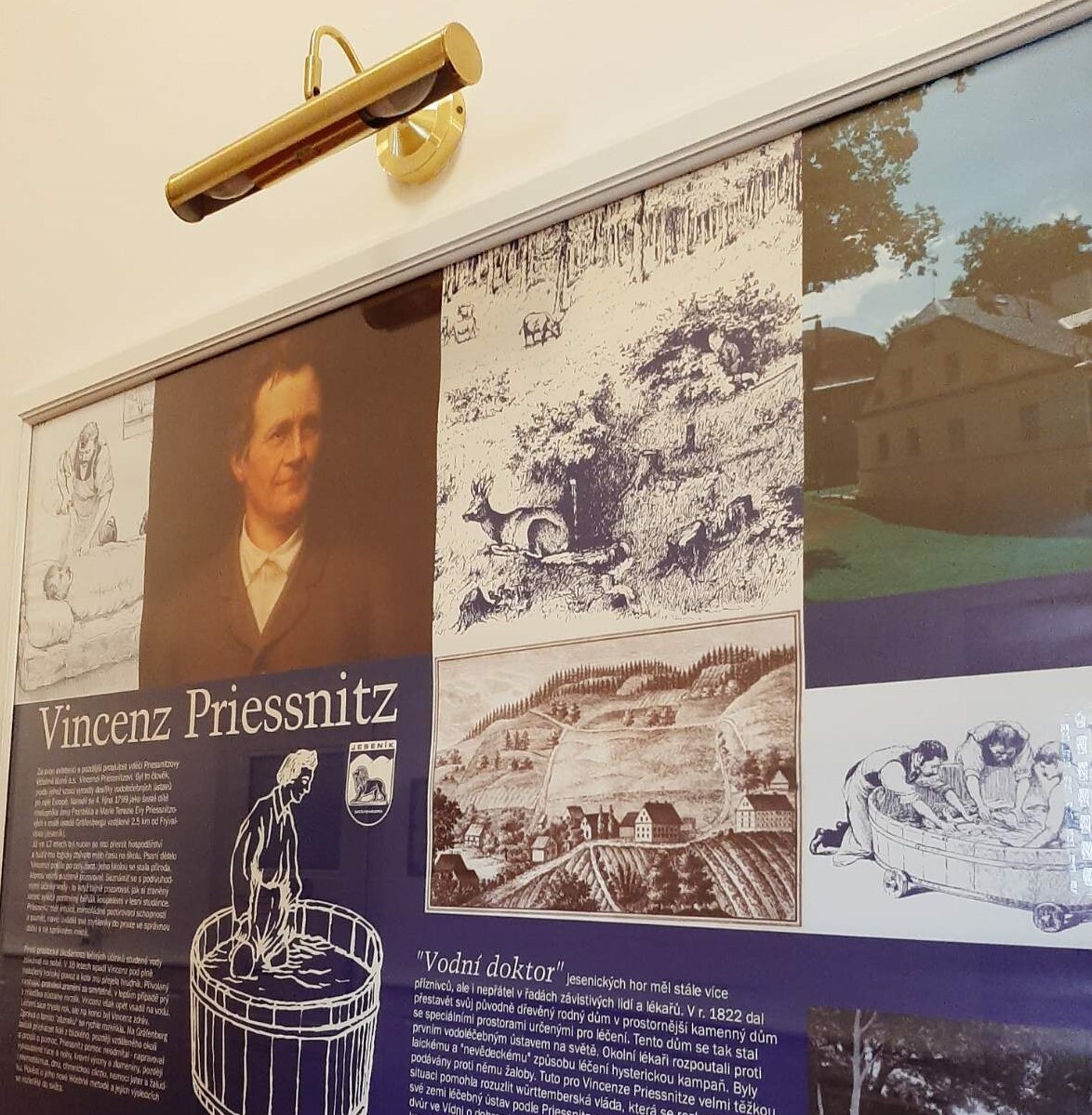 After the death of the founder Vinzenz Priessnitz, who laid the foundations of hydrotherapy, the management of the spa is taken over by heirs (among others also the son-in-law Jan Ripper) and experts who took care of expanding the spa services, such as massages. Thanks to Dr. Josef Reinhold, alternative methods of treatment have become treatments based on scientific research. 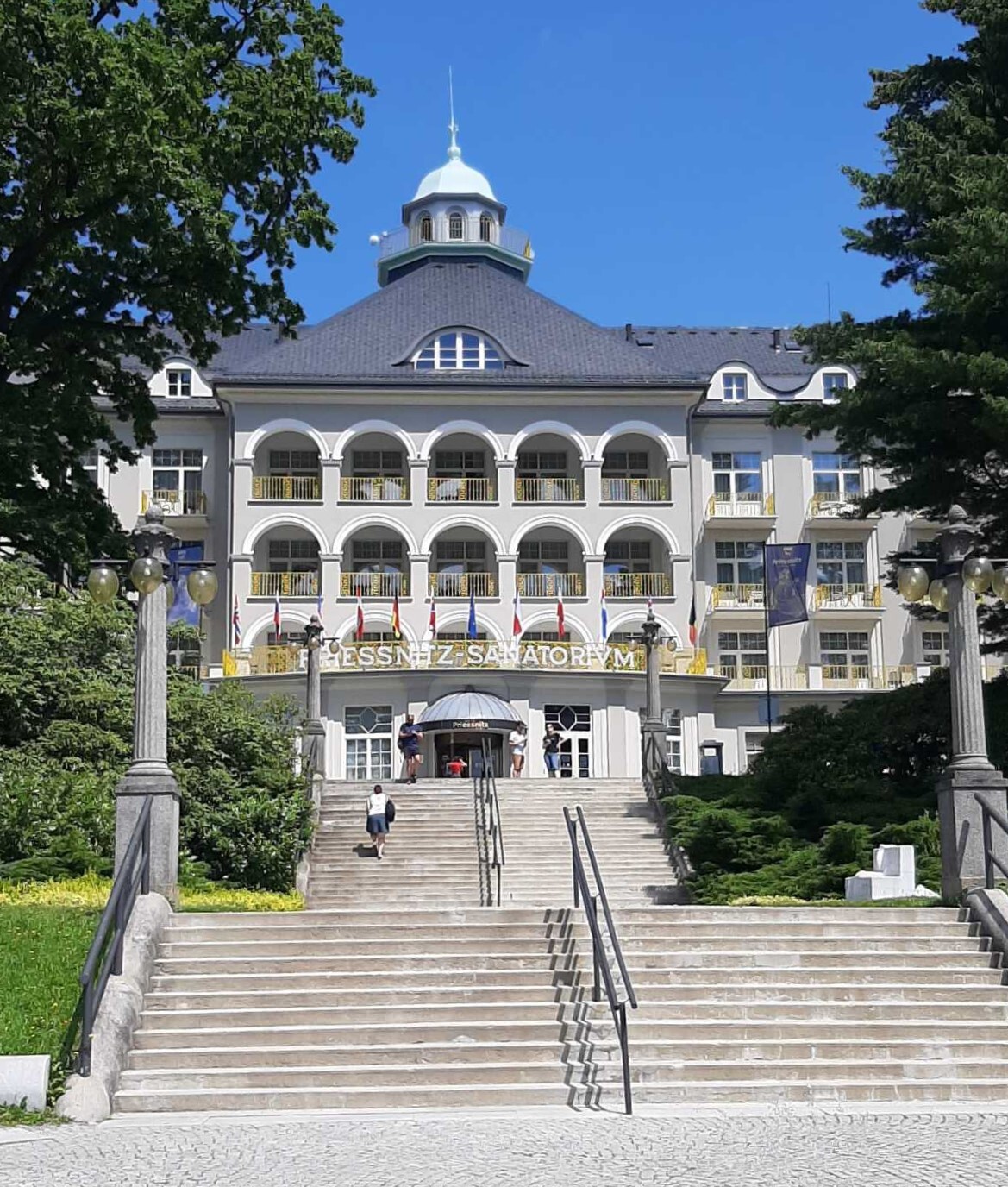 The spa developed until World War II, when its operation was transformed into the rehabilitation of wounded soldiers and later children from bombed-out German cities. After the end of the war, the spa began to focus on specific diseases and became an important spa town. After 1992, they were privatized. At present, they provide first-class treatment of the circulatory system, respiratory system, skin diseases, mental disorders and, of course, other diseases. 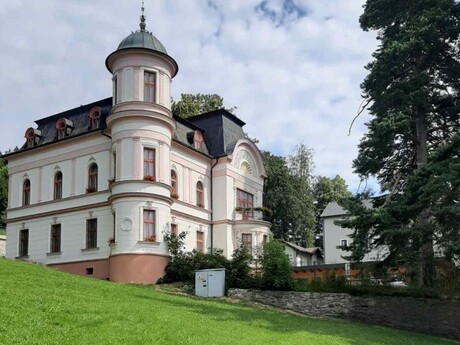 In terms of architecture, the icon of the spa complex is the main spa building - Priessnitz Sanatorium, founded in 1910. Art Nouveau building overlooking the ridge of the second highest mountain range in the Czech Republic - Hrubý Jeseník - provides accommodation, treatment, relaxation and restaurant services and cultural activities. The building also has a winter garden, a souvenir shop or a café. 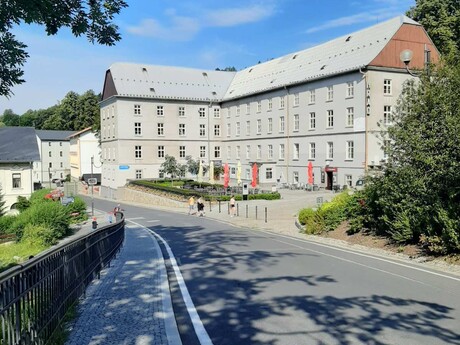 Other inseparable buildings of the spa are the Medical Villa, the Villa on the Colonnade, the Villa Adelheid, the Jan Ripper accommodation facility, the Hrad and Bezruč buildings (dining room), the Bílý Kříž spa house and several children's pavilions. 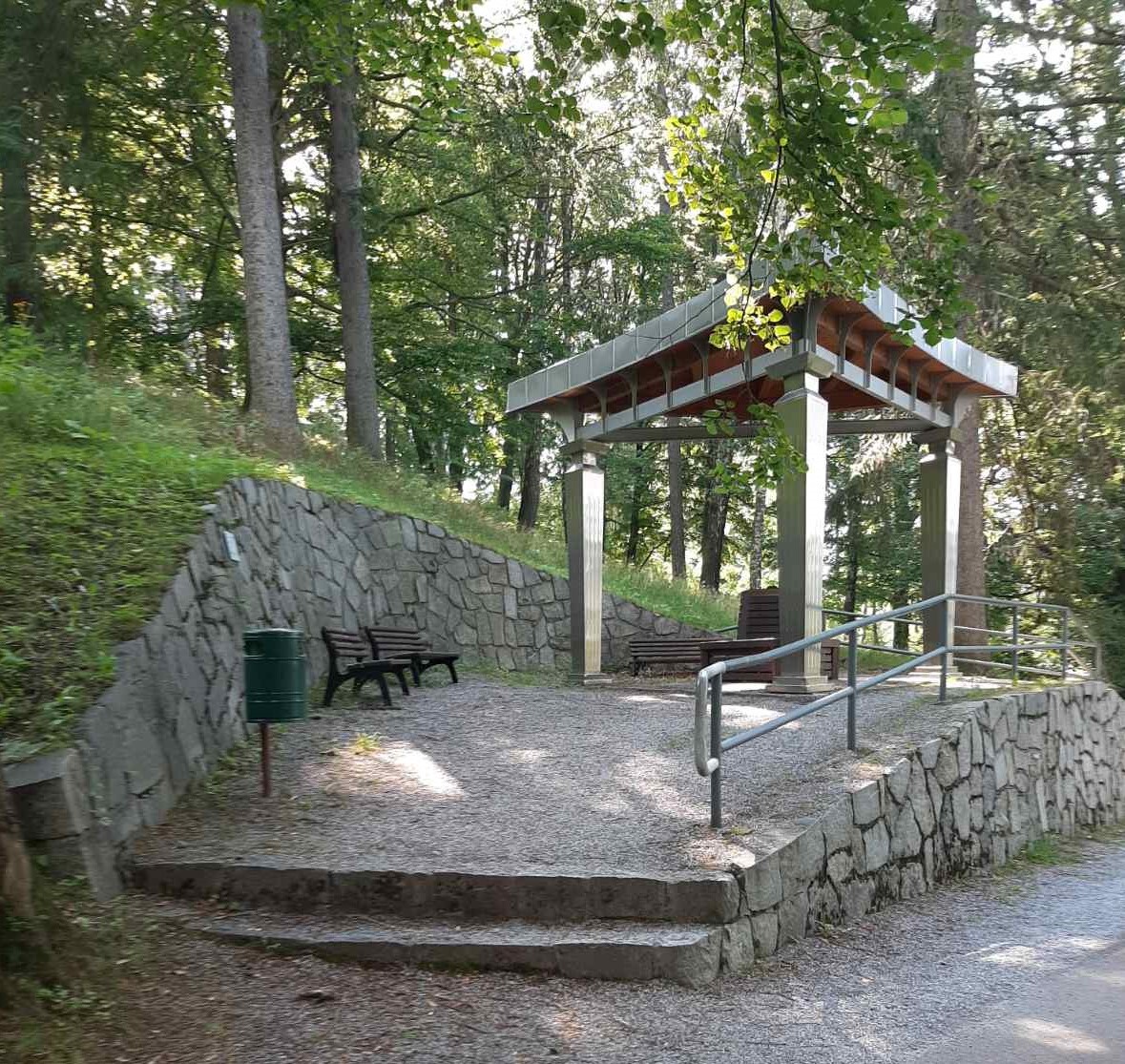 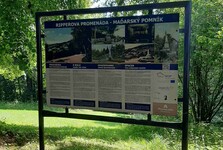 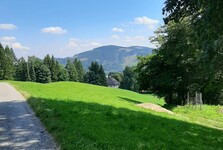 From the monuments here you can admire the so-called Sunshine, where there are figures of small stones and "statues" of huge stones (eg Sun Gate), Colonnade (Ripper's promenade), at the beginning of which you will find a healing spring with the honored name of the founder - Čeněk Priessnitz. The colonnade takes you around the tomb of Vinzenz Priessnitz and various gazebos. It will provide you with several lookout points, views of tree alleys, as well as information boards and monuments. Of these, the "Hungarian", whose bronze lion has become a symbol of the spa itself, is definitely worth noting. In addition, if you allegedly touch the tip of his tail, your wish will come true. It is also worth mentioning the Vinzenz Priessnitz Museum in his birthplace or the spa park 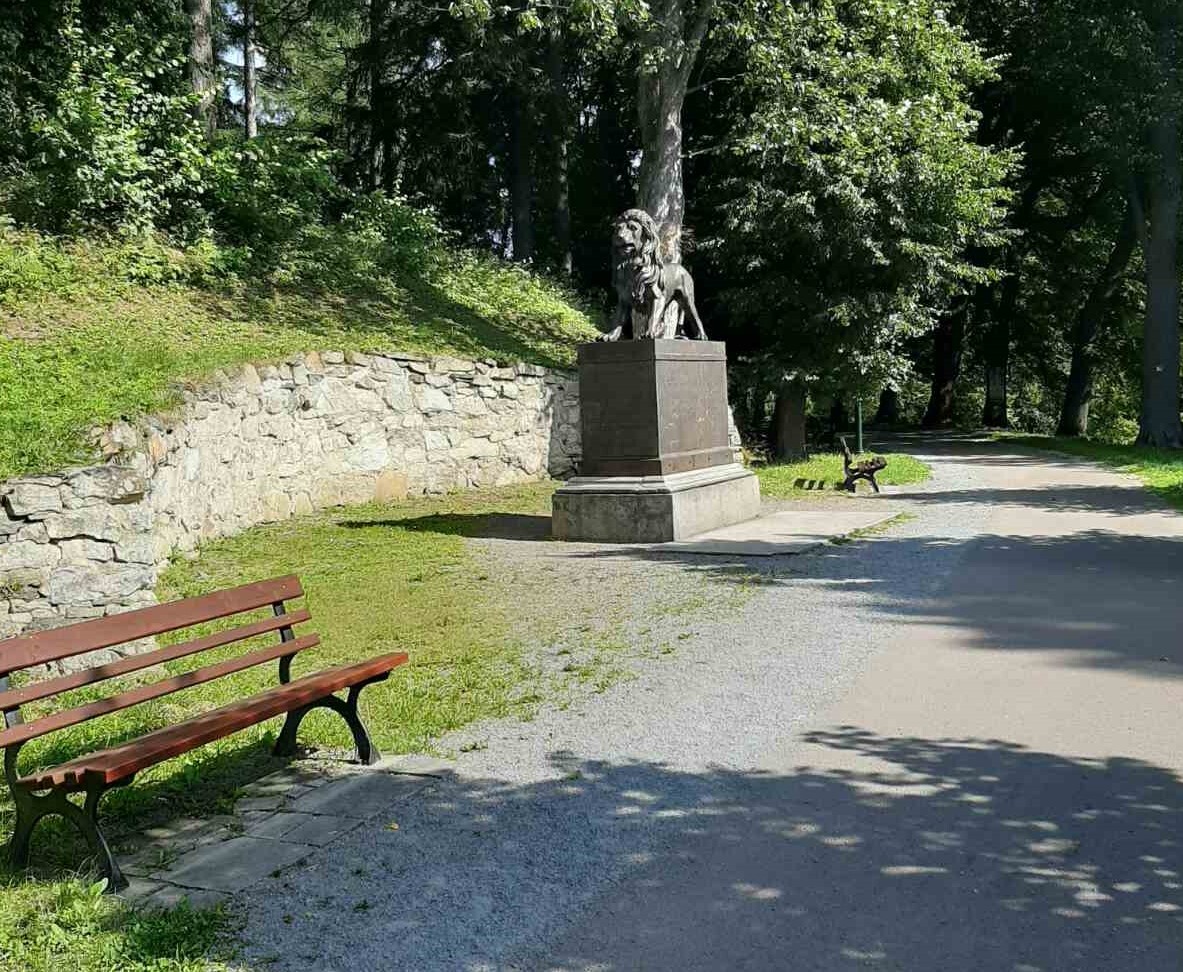 For a tourist tour of the spa, we recommend a walk along the Vincenz Priessnitz 7-kilometer trail, which leads around all the important sights of the spa, including the original healing showers and fifteen springs. Nowhere else in Bohemia are there so many monuments and springs in such a small area as here. 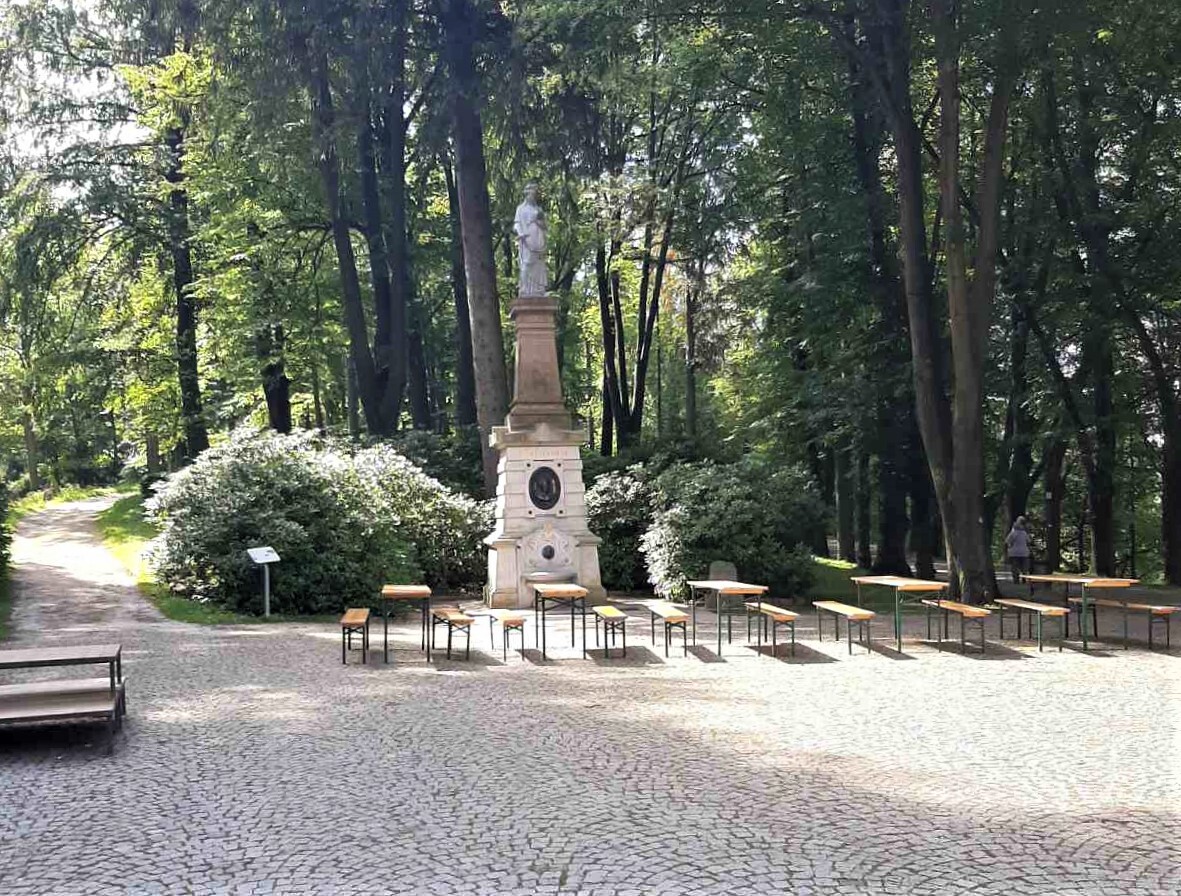 The world response to the spa is also confirmed by the fact that in 1838 a record 1,800 guests from all over Europe were treated here. In 1999, the 200th anniversary of the birth of the founder of the spa recalling the UNESCO in its calendar of major cultural events in 2014 was the link Vincenz Priessnitz along with traditional medical treatments in the UNESCO list of intangible property of traditional folk culture of the Czech Republic. 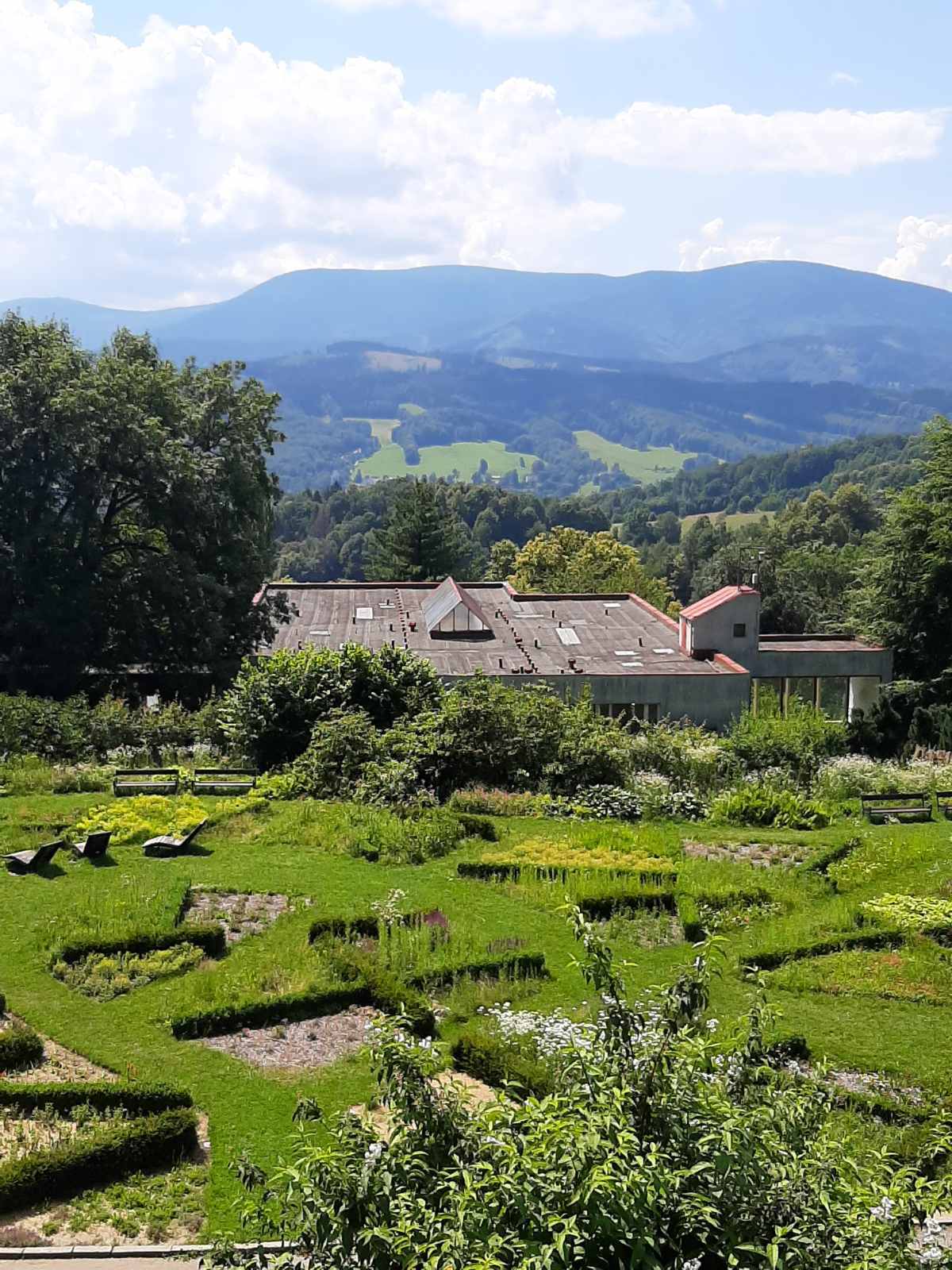 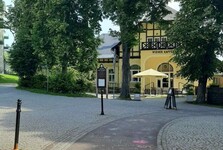 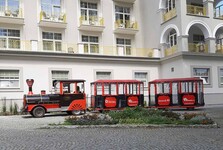 If you want to experience clean air (enriched by the air currents of the Baltic Sea with sea salt and iodine), beautiful nature, lots of hiking opportunities and relaxation, visit the exceptional Jeseník Spa.