Those looking only to visit the drift should not worry about parking, you can get there by your car. The tour would take about half-an –hour. If you include the tour within the hike from NP Knezi hora-Halir or other educational trail, Jilove would nicely fit in and you should plan a more detailed tour. Upon paying an admission fee, a guide would take care of you and he would shower you with information. His presentation gets even more interesting when you realize he has had his own experience in mining, and he remembers a lot due to his old age.

The drift is wheelchair accessible, and barrier-free. You enter the wooded hill via a stone portal. In the 1950s, exploration mining operation took place there as the region of Jilove is known for its gold reserves. An exploration draft crossed medieval tunnels. On such places, celling slumped. Then surface mining was done. Discovered quartz veins, quartz is known for containing gold, are visible along the whole 270-meter route. 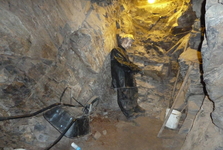 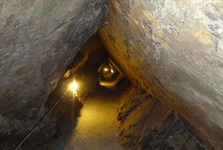 Exploration was finished in 1951. The veins did not contain enough noble metals. Once, rock containing 7g of gold in 1 ton of rock were considered perspective. Later it was 4 grams a ton, today it is usual to consider perspective rocks carrying 1 gram of gold in a ton. 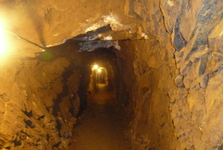 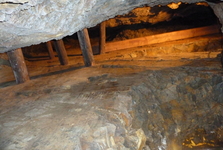 It was very hard to get resources from Proterozoic and volcanic slate that is extremely hard, was very difficult. Almost at the end of the drift, you can look at the tools and learn about mining. At the place where the drift mouths into a chimney, there is a sign from 1951. 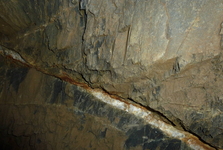 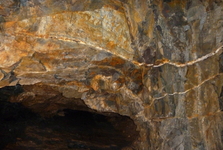 Local preserved underground spaces didn’t show signs of groundwater. When on the tour you walk through modified and dry trail. That’s why the Regional Museum in Jilove u Prahy assessed them as suitable for the public. Wooden bracing was placed at several places. The spaces of the drift were electrified and opened to the public in 2008. A suitable bat wintering site was created there. 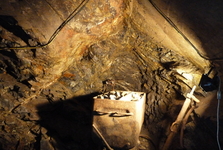 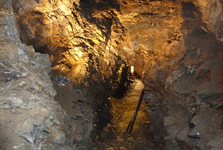 Other accessible drifts are historically priceless St Josef drif and St Antonin Paduansky drift. There are very close to each other. 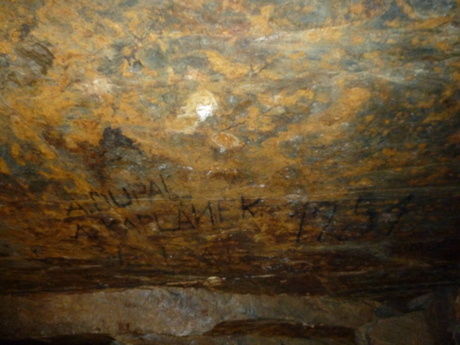